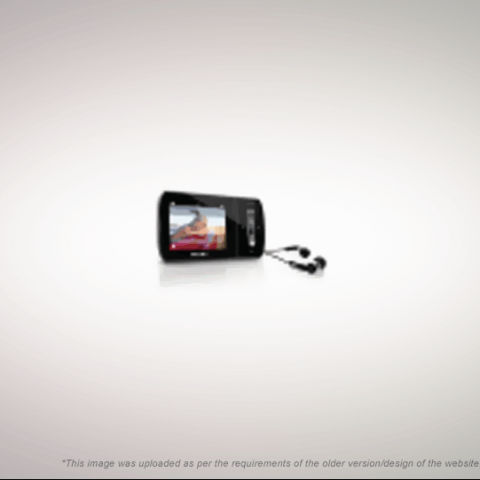 At Rs. 4,999 the Aria doesn’t inflame my senses enough for me to recommend it at even half the price – if you’re looking for a budget PMP, you can do much better for a lot less.

Too gone too long

The smaller brother to the Opus, the Aria is compact. It’s built well and except for the rather garish looking chrome centre button the player looks nice. Piano-finished black is a failsafe option though we’re getting tired of seeing this combination on HDTVs, DVD players, speakers and so on. Its screen is small and too devoid of contrast and colour to be any good at movies. Moreover a single SMV video format is supported that few will want to use. The music performance was strictly mediocre, as expected – in fact its bass sounded woolly and unfocussed lacking bottom-end grunt that makes certain segments of some tracks memorable. The mid-range is recessed and vocals seem somehow suppressed – not as loud as the other sonic components – this makes any sort of vocal-based music like Blues, Jazz and Pop an incomplete experience. The guitar echoes – as if it were being strummed in an empty room with poor acoustics. There is a clipping that occurs in the 3.6 – 4 KHz range of the sonic spectrum that coincides with higher piano notes – although not very noticeable – once you realise the clipping, it’s a killjoy to the rest of the music that you are hearing. The highs are lacking in finer detail but for the most there is no issue with tonal accuracy or sibilance. At Rs. 4,999 the Aria doesn’t inflame my senses enough for me to recommend it at even half the price – if you’re looking for a budget PMP, you can do much better for a lot less.