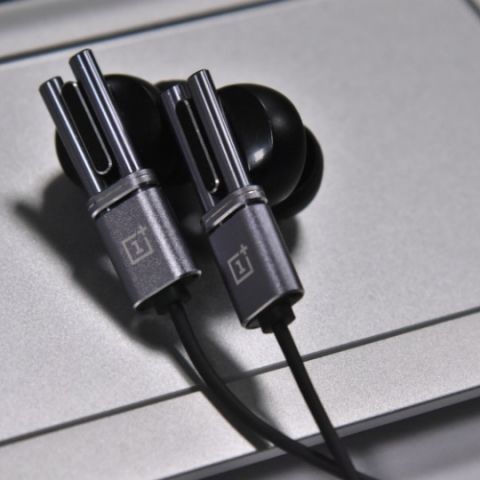 The OnePlus Icons look good, are packaged well, and is very durable. However, its overall audio quality is mediocre – sharp highs, overlapped mids and muted bass making for a lopsided auditory experience. It is, however, good for watching movies, but beware of notching the volume up too high – the audio distorts distinctly towards the higher end of the volume. It is decent and likeable, but just not as good as it could have been. For a price point of around Rs. 3,000, the likes of SoundMAGIC E80, Audio Technica CKX9 and Marshall Minor make for better overall choices, in every aspects.

The OnePlus Icons have been a recent addition to the Chinese company’s portfolio of accessories. Packed in neat, red Christmas-like packaging, the OnePlus Icons set the tone for an overall good experience with its packaging itself. At a price of $49.99 (Rs. 3,310), the Icons are a pair of mobile-oriented earphones that impress upon first sight. However, after a week of prolonged usage, the OnePlus Icons flatter to deceive.

Day One
The OnePlus Icons come with two extra pair of earbuds, along with non-tangle connecting wire. The 3.5mm connector jack is straight and not angled, which makes it protrude sharply from mobile devices. A major downturn of this is in keeping the device in pockets – the protruding jack makes way for a higher chance of connector wire damage, in rough handling. The build material of the Icons is quite good. The shimmering silver metal bases of the earbuds has understated chrome inlays, and the two bars leading to the earbuds are sized asymmetrically, leading to the overall aesthetics. The plastic unit between the earbuds and the bases houses the drivers, and in the first day of using the Icons, what you will definitely notice is how comfortably these fit in your ears.

The OnePlus Icons have been designed really well, and despite the larger earpieces, it does not feel overbearing. Coupled with the good design principles, and the Icons make for a pair of good-looking, noticeable earphones. The right channel houses the in-line remote, and they are placed at just about the right height for you to reach it. The cable has a standard length of 1.25 metres, which is good enough for most reasons. 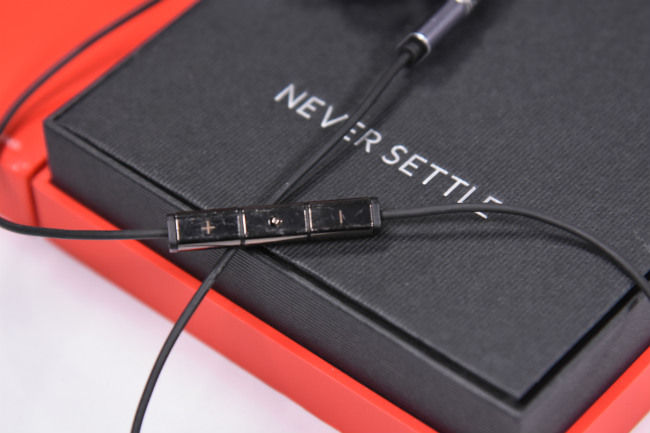 The in-line controls are comfortably placed

Coming to the auditory experience, the OnePlus Icons sound clear and distinct on playing music through them for the first time. It is amply loud, which is noticeable right away. It has an impedance of 32Ω – towards the higher threshold for mobile-oriented in-ears. It is powered by a pair of dynamic, 11mm audio drivers, delivering Sound Pressure Level (SPL) of 110dB. It has a Total Harmonic Distortion (THD) rating of >0.5%, which is somewhat standard for earphones within this budget.

On the very first day, while I liked the look, design and feel of the OnePlus Icons, the audio seemed somewhat lacking of clarity in mid frequencies, the highs seemed a bit overpowering, but the overall clarity of the audio was pleasant on the ears. Soundstaging seemed decent, and there was a distinct wholesome characteristic to the audio which was good to the ears. I expected the audio to sound better subsequently, but what followed was not quite what it potentially sounded like, on the first day.

Day Four
The reason why I skipped over to Day Four is because, in the three days in the middle, I plugged in the OnePlus Icons to multiple devices – an iPod Classic, an iPhone 5s, a MacBook, and a Dell Vostro laptop. While it is suited for mobile listening, it does not sound as clear as it did on the first day. There is slight distortion of audio when you listen at the highest volume, and even more distortion when you plug in the Icons to your laptop to watch a film. While the sharp highs indeed aid listening to dialogue sequences and speeches, they overpower the mid frequencies, lapping them into being present, but only faintly so. Listen to John Coltrane’s Equinox, and the audio clarity is hampered by faint but discernible distortion of the saxophone, and the intricate drum rolls going amiss. The mid frequencies sound better than what they did in the Sennheiser CX 3.00, but it is still a disappointment, seeing that anyone investing Rs. 3,000 and above in a pair of in-ears for smartphones will look for significantly better audio quality.

The best way to describe the bass frequencies is by taking the instance of Can’t Stop by Red Hot Chili Peppers. Flea’s bass (the backbone of the track) sounds deliberately suppressed to give more importance to Kiedis’ vocals, and Frusciante’s riff overpowers it all. Listening to its live rendition sometimes feels the audience reaction too interfering with the song, which is not how it is in the original recording. Cut off the volume to about 70%, and it sounds better – particularly owing to the clarity of the track. The subtlety of the bass frequencies make the track sound more balanced now, and the overall composition is more decent. However, by lowering your volume, you are bound to hear ambient noise, leading to a disruption of the track you are listening to. This is a major con, and even more so when you have noisy co-passengers in one hour of traveling in the Delhi Metro. 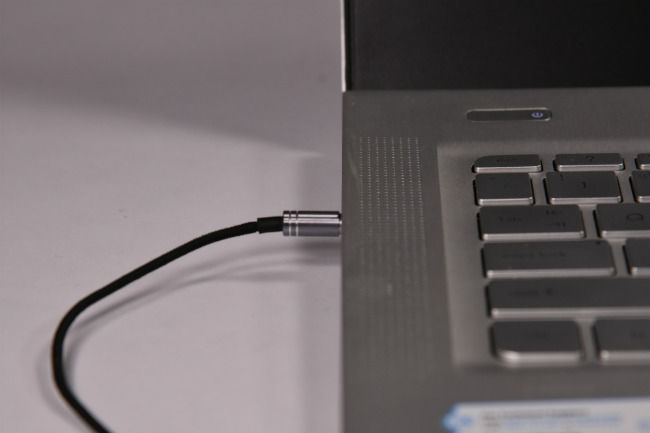 The straight connector jack may pose an issue of wire damage

By the fourth day, although the design still feels good, you will probably begin to wonder if you made the right decision. The overall audio quality is not bad at all, but it is not what audiophiles and audio enthusiasts will truly love. Unless you prefer muted bass lines and rather sharp treble, you will take more time to get used to the OnePlus Icons. Its soundstaging, however, makes the overall experience better. Hans Zimmer’s compositions, although not sounding as intricate as they are, have a sense of warmth that will please you, and the Icons sound better over time. While the timbre of the audio it produces does not entirely make up for the lack of mids and distortion at high volumes, it does make listening to it more bearable.

The OnePlus Icons are sturdy, too, and OnePlus’ focus on build quality is evident here. The non-tangle wire is durable, too. The enamelled copper wire within the tangle-free coating gives you confidence even if you use them roughly, which is an essential factor if you travel a lot.

While mobile-oriented earphones are meant to be ideal for music playback, the OnePlus Icons perform better in movie playback, with its treble bias leading to clear audio, even at 80% volume level. Baritones, however, do not sound as deep as they ought to, and the pitch is tilted towards the shriller end. Coupled with decent soundstaging, the OnePlus Icons deliver audio that is good for listening to dialogues, with most ambient sound falling in its relatively weak zone. This will not help you if you’re one studying films and film soundtracks, but for the average listener, it serves its purpose well.

Day Seven
At the end of the week, I was left partially impressed, and yet, somewhat disappointed at the same time. While I’m not a major fan of bass-heavy audio, I do like slightly higher bass balance in tracks. While the distortion produced by OnePlus Icons can be forgiven at times, its lack of audio balance for the most part does little to encourage spending over Rs. 3,000 on these. The in-line controls work fine, and all peripheral aspects live up to the expectations, but the point where the OnePlus Icons let you down is in its actual playground – music playback on mobile devices.

"Not for the audio intricacies"

You will like the OnePlus Icons if you’re one for the looks, and focus on functional audio, and not the intricacies. You will like it if you take into consideration its vocal reproduction performance, and not hardcore music. There are reasons to like the OnePlus Icons – its in-ear fit and overall finesse leading the charts – but the sheer fact that it does not live up to its initial impression of a good audio driver within a considerable price point led to mixed emotions at the end of one week.

Bottomline
You may opt to buy the OnePlus Icons – at a price point of Rs. 3,000, it is visibly and audibly better than the Sennheiser CX 3.00, but the likes of SoundMAGIC E80, Audio Technica CKX9 and Marshall Minor make for much better options in terms of audio quality, and even, looks (although I would leave that to perspective). The OnePlus Icons is good, but it is just not good enough.