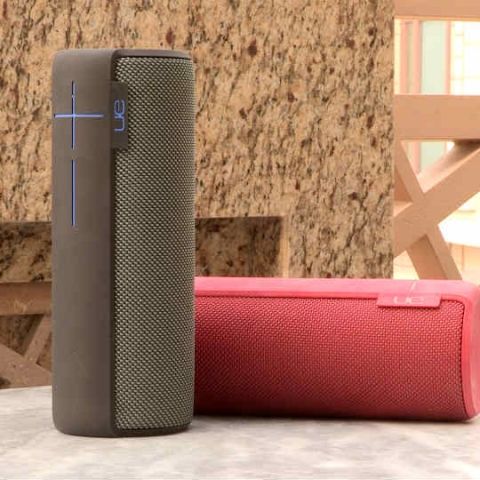 If you have a budget of Rs 15,000 for a Bluetooth speaker, then the Logitech UE Megaboom is the way to go. The speaker sounds great, has amazing battery life, you can take it swimming with you and in case of an emergency use it as a weapon for self-defence. The only problem I have with it is the deeper USB charging port that may not work great with some microUSB cables. But that’s just me nit-picking an otherwise fantastic speaker.

The UE Boom and UE Boom 2, both are fantastic speakers for the performance they offer. With the UE Megaboom, UE has upped the size, output and battery life when compared to the Boom and Boom 2. Should you consider this mega sized portable speaker?

With the UE Megaboom, the company has gone with an “if it ain’t broke don’t fix it” philosophy and stuck to the tried and tested design we saw on the Boom and Boom 2. It is still perfectly cylindrical in shape except for an almost flat rubber strip that runs down its spine. This rubber spine houses the volume up and down buttons which are big, easy to access without looking and need a hard press to respond. The hard press is good as this ensures the volume doesn’t accidently increase or decrease when the speaker is tossed around. The volume keys are large and the actual buttons are hidden in the centre of the signs which means you need some precision to press them. 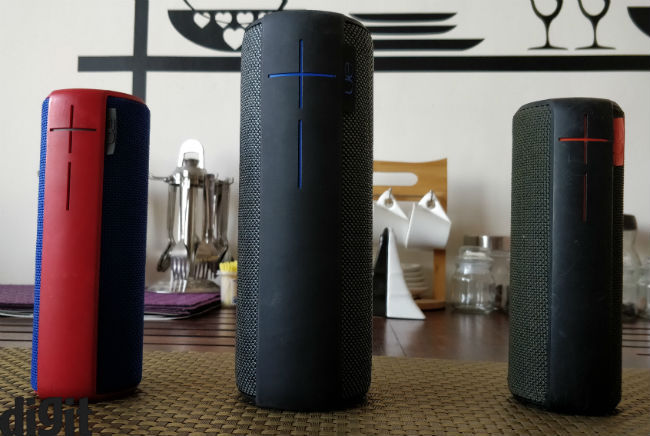 The rubber strip extends to both the top and the base of the speaker and completely covers both ends. One end has the power and the Bluetooth pairing buttons whereas the other has the microUSB and the 3.5mm port. The UE Megaboom comes with a rubber cover to seal off the ports and protect them from water. The body of the UE Boom is covered with a fabric mesh that hides the driver and the speaker grill. The only complaint we have with the speaker is that the microUSB port is deeper than we’d like it to be. This means that not every microUSB cable will fit in perfectly. We tried charging the speaker with an old OnePlus One charging cable and the microUSB cable didn’t fit in the port. This isn’t a deal breaker, but can be a problem if you lose the original charging cable you get with the speaker. 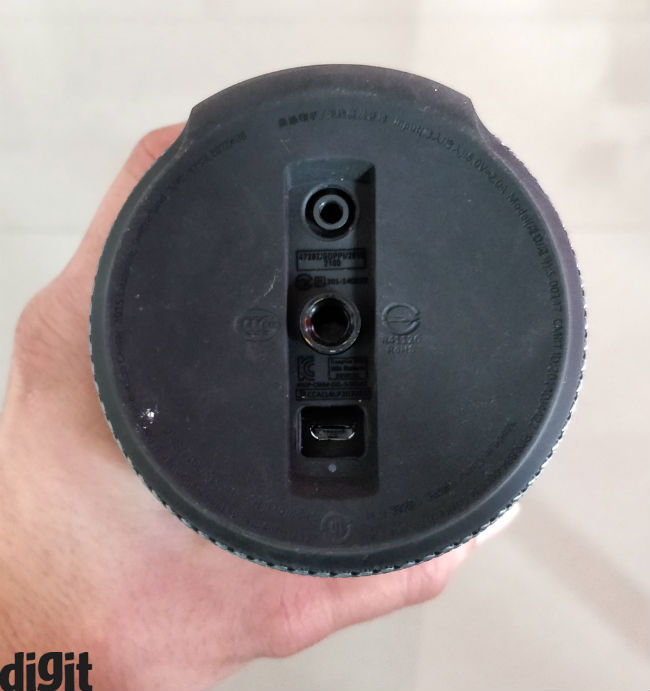 The first-generation UE Boom was a heavy speaker considering its size and with the increase in size of the Megaboom, the weight has increased too. The speaker isn’t as heavy as the JBL Pulse 3 for example but is still quite hefty at 877g.

The Megaboom is available in a bunch of colours including Charcoal Black, Plum, Electric Blue and Lava Red.

Overall, the UE Megaboom is a very well-built speaker. We wouldn’t be surprised if you used this speaker as a weapon to defend yourself and the speaker worked properly after the encounter. You can also drop it from about 2-3 feet and nothing will happen to it. This makes the UE Megaboom one of the most durable and weather proof speakers we have seen. It's build quality is top notch. The speaker is waterproof so you can take it swimming with you as well. 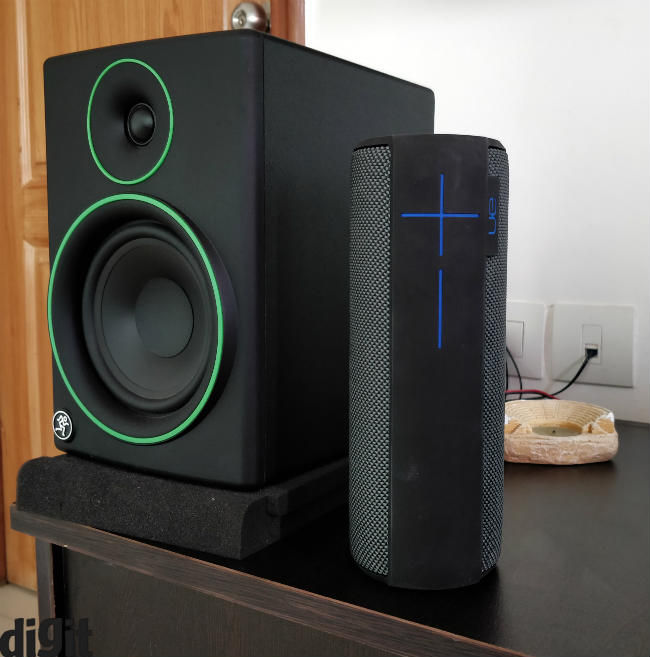 To take full advantage of the UE Megaboom, you will need to download the Megaboom app by Ultimate Ears on your Android/iOS smartphone/tablet. 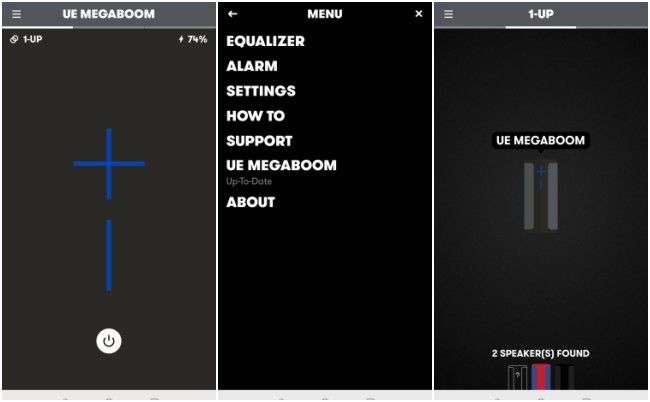 Apart from helping you update the speaker's firmware, the app gives you access to a bunch of features. You can see the charging level of the speaker via the app, daisy chain a bunch of UE speakers or use 2 speakers to give you a stereo effect. You can connect up to 150+ Boom, Boom 2 and Megaboom speakers to create a party environment. 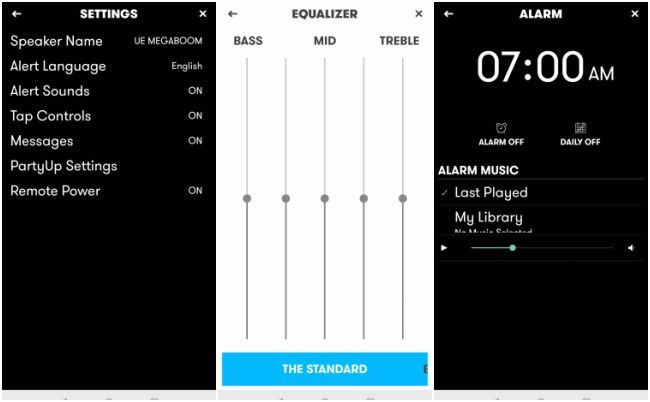 You also have the ability to customise the equalizer from the app along with an option to set an alarm and control the music playback. You can also remotely switch on and off the speaker.

At 100 percent volume, the UE Megaboom is really loud. It’s unlikely you will ever use it at 100 percent volume. Having said that, if you listen to average quality sources on the Megaboom, the distortion in audio is quite noticeable. The Megaboom performs extremely well at about 80 percent volume and that’s where you will most likely keep it if you have a party at home and have a decent sized living room.

We heard a bunch of tracks ranging from Daft Punk's Instant Crush, to Counting Stars by OneRepublic and even some Bollywood tunes like Kar Gayi Chull from Kapoor & Sons and other classics like Hotel California and Kishor Kumar songs.

Overall, the performance of the speaker is very good. To give you a reference point, it sounds better than the JBL Pulse 3 we tested a few days back. The bass response is good, vocals are clear. The audio does distort at 100 percent volume so we suggest if you like it loud, leave it at 80 percent. Even at low volumes the speaker produces detailed sound. 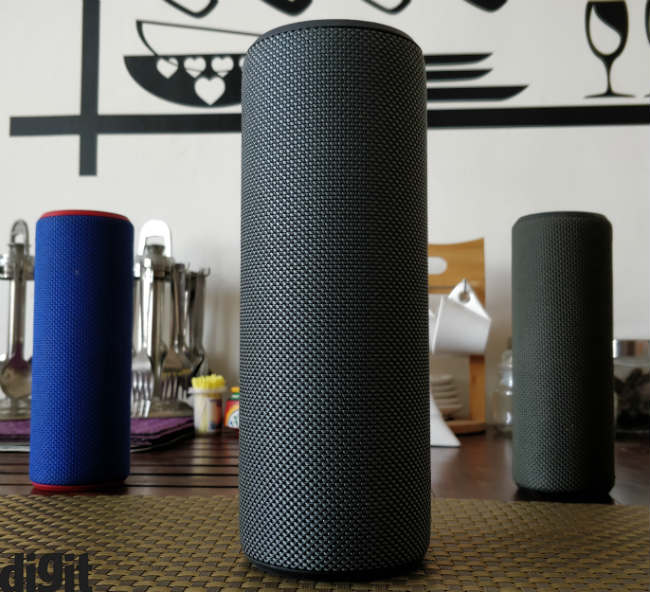 The only problem I had, and this could be an exceptional case, is that when transmitting audio from the Fire TV Stick via Bluetooth, there was the occasional drop. This happened once only and was rectified when I restarted the speaker and the Fire TV stick.

Coming to the audio performance while watching content, we played a couple of episodes of Bing Bang Theory, Brooklyn Nine Nine, Peaky Blinders season 4 finale and more, to find that the vocals are clear and the overall output is loud and crisp. The source for these shows is Amazon Prime and Netflix. 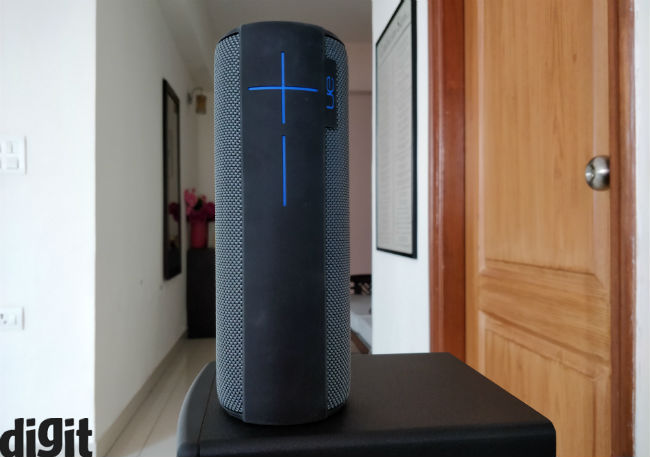 If you have a budget of Rs 15,000 for a Bluetooth speaker, then the Logitech UE Megaboom is the way to go. The speaker sounds great, has amazing battery life, you can take it swimming with you and in case of an emergency use it as a weapon for self-defence. The only problem I have with it is the deeper USB charging port that may not work great with some microUSB cables. But that’s just me nit-picking an otherwise fantastic speaker.