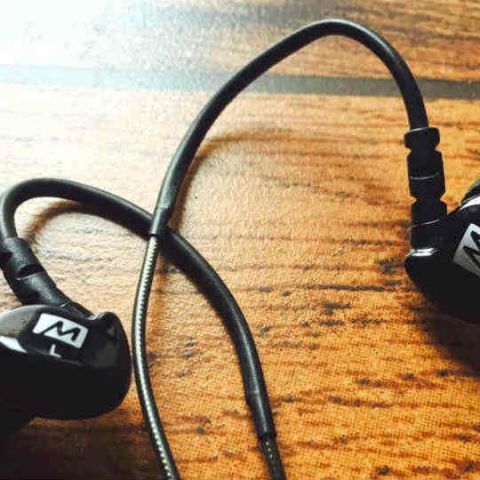 Despite performing fairly well with mids and highs, the Mee M6 disappoints with the exceedingly weak bass performance. The audio delivery sounds lopsided all along, and even if you love flat-balanced audio, you’ll distinctly notice the lack of bass and rhythm in the Mee M6. The headphones are lively in terms of highs, and are fairly ergonomic and comfortable to wear. On overall terms, though, it does not upset our regular recommendations - the Brainwavz Delta, Beyerdynamic DTX-102iE and Sennheiser CX-275s.

Mee Audio may not be as prominent a name in the field of audio as Sennheiser or Shure, but they have been widely appreciated for their headphones. Quite recently, we reviewed the Mee M6 Pro, and they lived up to our expectations very well. The new generation Mee M6 here is aimed at the buyer scouring the markets for a pair of budget earphones.

Does it match the audio performance that the likes of Brainwavz Delta, Beyerdynamic DTX-102iE and Sennheiser CX275s deliver? Here’s what we found.

Audio Performance
We began our test process by playing Pink Floyd’s Hey You, our staple track to check the balance of frequency response on any audio product. The Mee M6 end up disappointing by a margin here, as the depth of Roger Waters’ bass is replaced by dominant highs. The deep, fretless bass sounds hollow and tin-like, and even the bass drum rolls sound very light and lack depth in entirety. The overall balance is entirely biased towards the highs, and even the mids are subdued.

Moving on to Led Zeppelin’s Stairway to Heaven, the Mee M6 does better with details of higher frequencies, than the overall bass performance. The balance between Robert Plant’s voice and Jimmy Page’s 12-string rhythm sounds nicely illustrated. The lack of bass frequencies is quite jarring, though, and as a result, John Paul Jones’ keys are very subdued in the track, taking much of the charm away from the song. The mids are pronounced well, and the Mee M6 holds its composure well when you shift from slow tracks like Riders on the Storm by The Doors to fast-paced, bass-reliant tracks like Virgil Donati (from Planet X) performing live at Stockholm or Drum Fest ‘09. 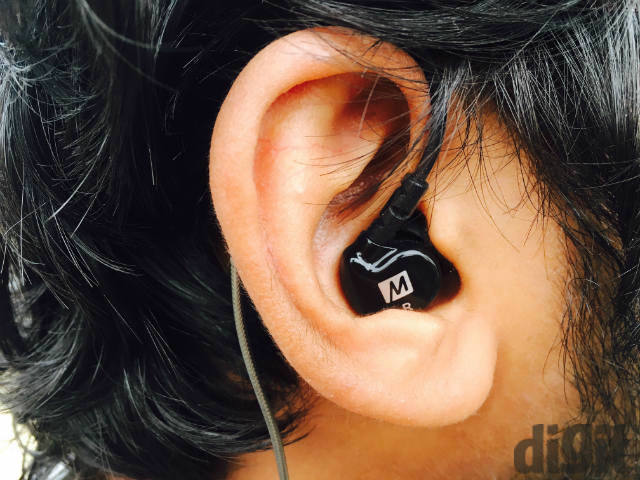 We then switched to Contact by Daft Punk, which is a great mix of thumping bass coupled heavy mids and an illustrious range of the higher frequencies. The Mee M6 does well with the clarity of Giorgio Moroder’s synthesizer, and all the notes sound distinct and wholesome. There is a nice sense of richness to the synth, but the lack of emphasis on low frequencies take most of the acoustic drums’ charm away from the track. As the mix gets murkier, the mids start losing some of its composure and details that was there previously. The audio also sounds a bit too sharp and piercing, and this, along with the majorly compromised low frequencies, somewhat ruins the auditory experience here.

The Mee M6 performs notably better at about 65 percent of its maximum loudness, and the reduced volume cuts off some of the gain from the audio. This in turn makes songs sound slightly more balanced, but is still nowhere near the optimum. The Mee M6 delivers fairly clean audio, and there is not much distortion to be noted. This is great if you have to love dubstep, as I often find drum & bass being ruined due to occasional distortion. The problem here, though, is with the performance from drum and bass - the drum rolls sound rather weak, the thump from bass drums are entirely missing, and low frequencies sound a bit too shrill and tinny. 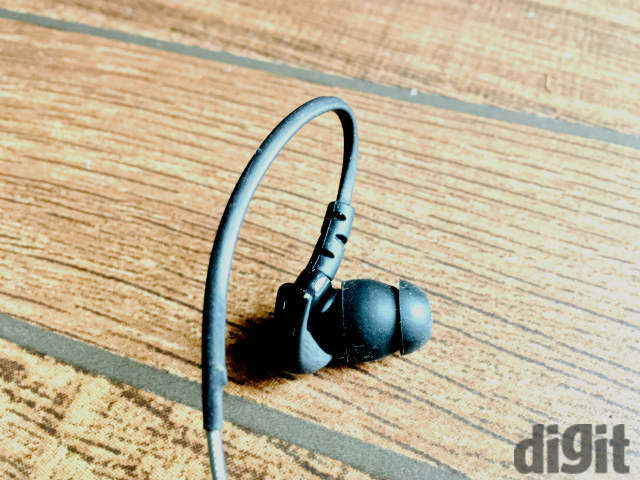 These two predominant factors ruin the good clarity and details of high frequencies, because bass frequencies form the stable backbone of tracks, and that itself is missing from the Mee M6’s audio performance. The highs also sound a bit too piercing because of the lack of the balancing low frequencies, and the audio timbre doesn’t leave you with the aftertaste of premium audio equipment that the likes of Sennheiser CX275s and Beyerdynamic DTX-102iE do. Soundstaging is not great, either, and tracks like Caravan from Whiplash’s soundtrack or the live performances by the likes of Berlin Philharmonic Orchestra do not sound as all-encompassing and wholesome as they do on other headphones. The Mee M6 also lacks sweetness and warmth that any good pair of headphones at this price range offer.

The Mee M6 fails to live up to the reputation of its previous products like the initial Mee M6 or the M6 Pro, and instead only delivers very lopsided audio performance. Considering these are sports-oriented headphones, the focus may have remained on delivering ample loudness, but strong bass performance is also key to keeping up the tempo, and the Mee M6 fails to deliver here.

Build and Design
The Mee M6 look quite unique, and are definitely unique in the way you wear them. The plastic earphone bodies that house the driver setup are fixed on hard wires that run behind your ears and sit nonchalantly, as if they do not exist. The earphones are bent inwards from the driver casing, and once you get used to wearing these headphones, you will often be thankful for this setup. Aimed at activity- and sports-oriented listeners, the Mee M6 ensures that they never fall out of your ears. 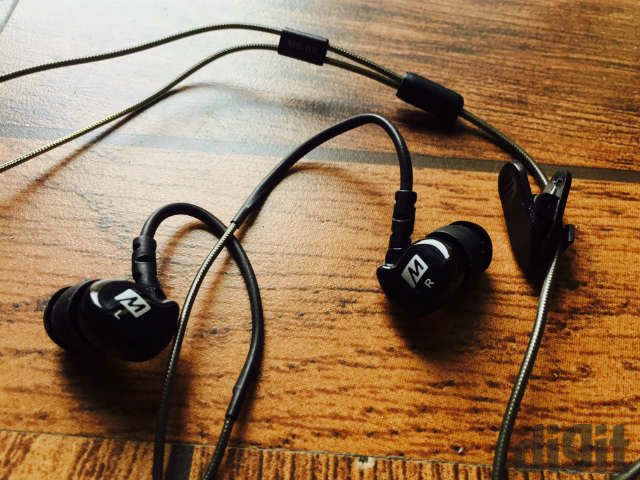 The plastic build is shiny, but do not exactly look inexpensive. They are larger than the bodies of a Sennheiser CX275s, but are not large enough to make you conscious of their presence. Passive noise cancellation, though, is rather poor, and even with music on at 65 percent volume, I could easily hear the ambient noise around me. The quality of wires is quite good, and they remain tangle-free for the most part. It even comes with a clip to ensure lack of clutter due to dangling wires, which is yet again essential for sports-oriented headphones.

That’s as much as there is to state here, and the Mee M6 notably misses out on in-line controls and microphone, which could have been helpful for regular joggers. You get a hard case to stow the Mee M6 within package, and it even includes extra ear tips should the default size not fit you, or you end up losing it. The Mee M6 is fairly comfortable to wear, and at 15 grams (including wire and ear tips), is acceptably light. The standard weight of in-ears is 15 grams, and the Mee M6 does well to remain within that weight despite the extra around-ear wire.

Bottomline
Despite performing fairly well with mids and highs, the Mee M6 disappoints with the exceedingly weak bass performance. The audio delivery sounds lopsided all along, and even if you love flat-balanced audio, you’ll distinctly notice the lack of bass and rhythm in the Mee M6. The headphones are lively in terms of highs, and are fairly ergonomic and comfortable to wear. On overall terms, though, it does not upset our regular recommendations - the Brainwavz Delta, Beyerdynamic DTX-102iE and Sennheiser CX-275s.