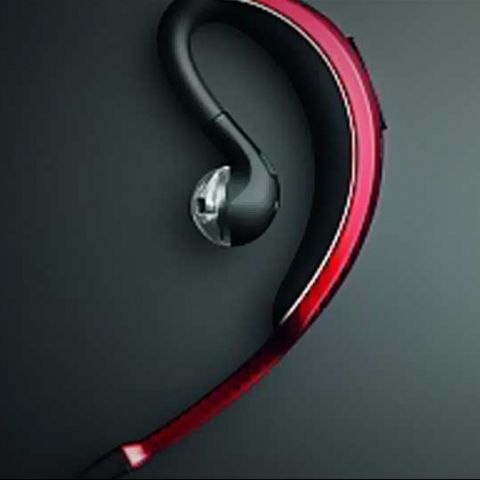 Adding a bit more colour and a dollop of new features to the Wave does seem to work, and we believe this is a headset that combines good performance with a very attractive design. And, does not cost a bomb either.

After having reviewed the Jabra Stone 2 sometime back, we were left with a lingering sense of disappointment as to how Jabra could lose its quality focus and only seem obsessed with making the headsets look good.

The brilliant looking Stone 2, if you remember, lost out a lot in terms of call clarity and a poor battery backup to boot. When the Wave Red (read our review of the original Jabra Wave) landed on our desk for a review, we were worried. Is the same nightmare set to relive itself again?

Look & Feel
Compared straight on with most of the other headsets around, the Wave does seem like a big headset. But it isn't half as heavy as you would imagine it to be. The unique design means that you do wear it in a different way. Almost the entire body goes behind the ear, and the soft armature with the earpiece needs to be twisted and bent into the ear. It sounds painful, but trust us when we say that it is the most comfortable headset we have worn in a long time. Once in place, you wont even realize it is there for the most part. The surprising weightlessness is a contributing comfort factor. And also the earpiece doesn’t jam into the ear at any point, and instead just lightly sits in a secure fashion. We had no problem wearing it for a couple of hours at a stretch.

Feels quite solidly built, with what seems like a multi-layered design. There are a bunch of buttons around - volume rocker and power toggle on the main fuselage, while the call connect/disconnect is on the extension leading to the microphone. Quite easy to miss if you don’t feel steadily without looking at it, but the placement means there wont be any accidental presses of the call key. The charging port has a protective cover on it, which needs to be opened to access the micro USB port. Since you need the nails to open it, the area around it runs the risk of getting scratched.

The design, apart from looking unique, brings in the additional flexibility of being usable in both ears, something that headsets off late have been restricting. 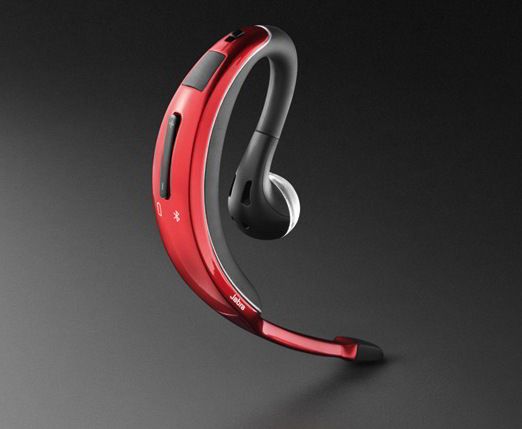 Features & Performance
When powered on for the first time, the headset automatically goes into the pairing mode - indicated by the flashing blue LED on the device. We paired two phones with it simultaneously, and there were no issues with either. Speaking of which, next to the Bluetooth indicator is the battery level indicator as well.

Despite a whole bunch of noise reduction and audio clarity features included, the Wave does not do as well as we hoped it would, for a part. If you are in a room or in an area without a lot of cross winds or ambient noise, the call will be an exercise of perfection - crisp audio for both parties. However, the moment the area around you becomes noisy, the caller on the other side does get one of the two things - Jittery audio or lot of ambient noise is sent through, putting your voice on the backburner. Ideally, most people use this in the car, and you should do that with the windows rolled up to keep out both possible disturbance causes - traffic noise and wind.

The Wave’s operating range is just 5 feet, and any more will first mean choppy audio and then complete loss of it. We tested this inside the home as well, and if you exit one room closing the door behind you, chances are you wont get far before you have to return.

The audio quality (in a noiseless ambience) is excellent. Unlike most headsets out there, this one offers a slightly softer sound than most. In other words, the treble heavy nature of other headsets isn't something the Wave carries with it, and we think that’ll mean less stress on your ear. The earpiece volume packs quite a punch as well, and even 20% volume, it was sufficiently loud indoors.

To test the battery life, we fully charged the device for the first time, and set off with the chatting. Even after 4 hours of talking during an entire day, with the rest of the time spent in paired mode, there was still no notification for low battery. This one will easily last you a day on the move.

Our Take
This is one of the smarter Bluetooth headsets we have used, and scores highly on comfort. The difference between this and the Wave we had reviewed earlier is the addition of the A2DP feature for streaming tunes from your phone. We believe this is the headset to buy, unless you don’t like red or are a McLaren F1 supporter!