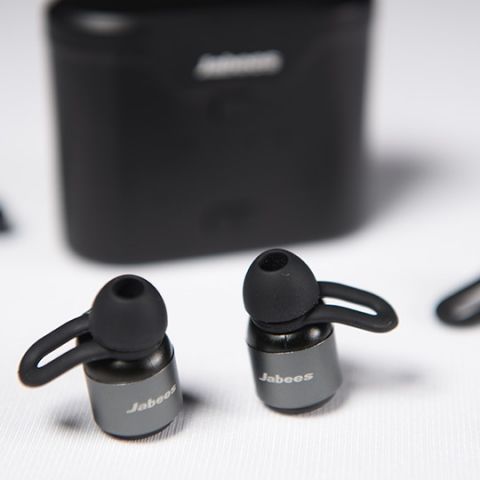 If the novelty of owning totally wireless headphones supersedes every other requirement you should go for the Jabees BTwins. As far as sound quality goes they aren’t as bad if you ignore the line balance issue. But if you are willing to tolerate a wire running between the two earbuds you could get much superior audio quality at ₹7990 while still being relatively wireless.

I’d been hearing of this Hong Kong based company for quite a while. The fact that they made one of the first relatively affordable, “truly” wireless in-ears in the market, made me await their official India launch with a fair bit of anticipation. Now when I say relatively affordable I mean compared to the $150 price range of other top-end truly wireless in-ear headphones like the Samsung Gear IconX or the forever out-of-stock Apple AirPods. At roughly $99 how good are the Jabees BTwins? Let’s have a look. 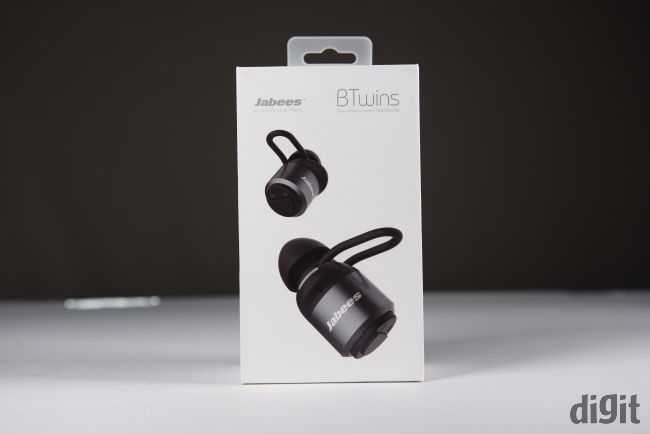 The two bullet-like ear buds feel quite sturdy and despite having to cram the battery, drivers and other circuitry within the same housing, they aren’t too big. When inserted into your ear they won’t protrude too far out. The metal housing is quite strong and appears like it should be able withstand a drop or two. The rubber flange or hook works well to secure the earbuds in place. This is important because being wireless, if they pop out of your ear, there’s nothing to tether them to you. If worn the right way i.e. with the small protrusion on the housing placed behind the ear’s antitragus, they remain securely fit. Though the protrusion does get uncomfortable after a while. Rotating the buds will make them more comfortable but you’ll compromise on the fit. 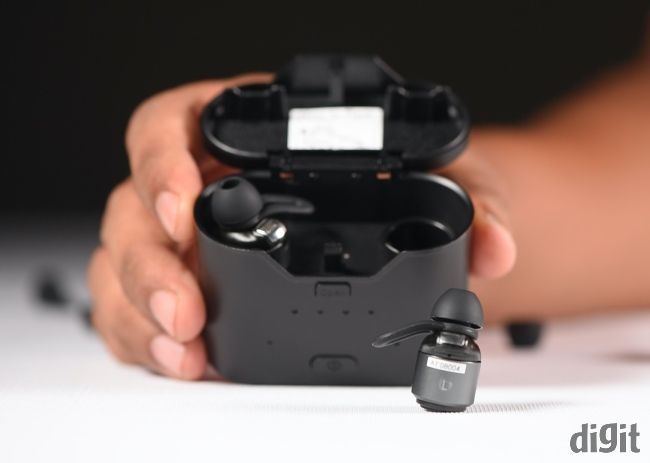 The Jabees BTwins score pretty high on features. Firstly, they are truly wireless in-ears, which means not only is there no wire connecting them to the audio source, but the individual ear pieces aren’t tethered to a wire either. The IPX4 rating makes them sweat proof which is great if your main listening time with them will be at the gym or while running. The BTwins come with a carrying case that has an inbuilt 450mAh battery which can charge your earbuds on the go. The battery capacity is enough to charge the BTwins at least two times over (if not more). The carry box has LEDs which indicate the charge level and also whether the buds inside are charging. This visual indicator comes in handy to know whether you’ve placed the buds properly and that the contacts are indeed connected. 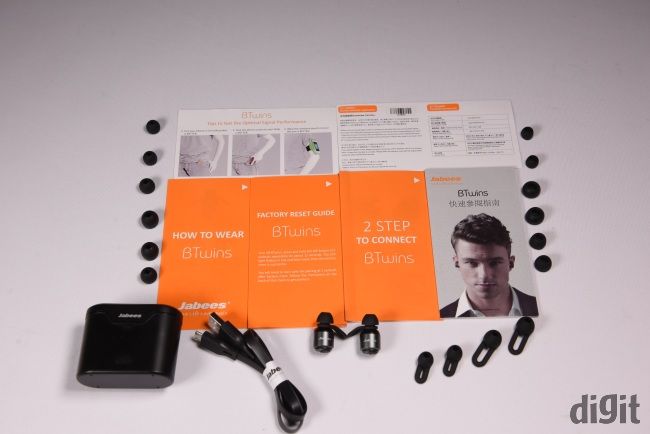 One of the biggest problems with the Jabees BTwins is that the line balance is off – the right channel is discernibly louder than the left. They are overtly bass heavy. The bass is boomy and the only redeeming aspect is that it can go quite low as well. The super enhanced lower mid range makes instrument dense tracks sound muddled and hollow. The claimed battery life of three hours of music playback holds true more or less but the audio performance was much lower than what I expected. If the novelty of owning totally wireless headphones supersedes every other requirement, then perhaps you should go for the Jabees BTwins. As far as sound quality goes they aren’t as bad if you ignore the line balance issue. But if you are willing to tolerate a wire running between the two earbuds you could get much superior audio quality at ₹7999 while still being relatively wire-free.