HIFIMAN HE-560 Review: A rare pleasure 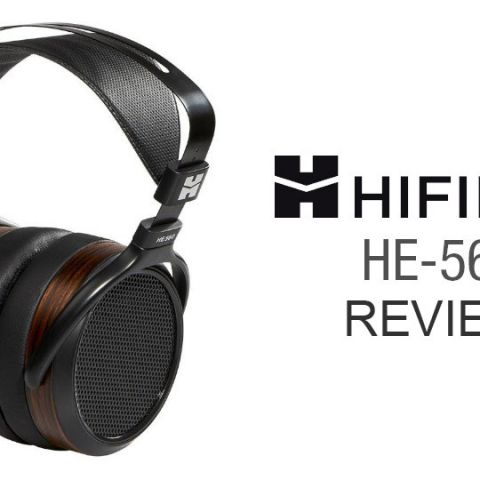 If you can afford them, and if you have a sufficiently high end source to pair them with, there is absolutely no reason why you shouldn’t go for them.

The HIFIMAN HE560 is a beautifully crafted, open-backed, planar magnetic headphone, designed for reference use. While this isn’t the first planar magnetic we’ve tried – we got some hands-on time with the Audeze LCD series at a trade exhibition last year – it is the first one of its kind to grace the Digit Labs for an extended review. Planar magnetic drivers, for the uninitiated, are a different kind of transducer type compared to the regular dynamic ones we find in most headphones. And because they aren’t conventional, it would be worthwhile to talk about the tech just a little bit here.

So, what are planar magnetic drivers? Simply put, unlike regular dynamic drivers wherein the diaphragm is pushed by the moving coil behind it, planar magnetic diaphragms are encased within opposing magnets and the entire wafer thin diaphragm itself is electrically charged with conductive material to make it move. This makes them durable (less movement), sensitive, and to apply a display tech term, their refresh rate is very fast. This makes planar magnetics super accurate and more responsive. Of course, this doesn’t mean that very high-end dynamics can’t achieve the same accuracy by employing high-quality materials – they can – and yet the logic for planar magnetics is undeniable. It’s now time to find out if they can put their money where their amp is. 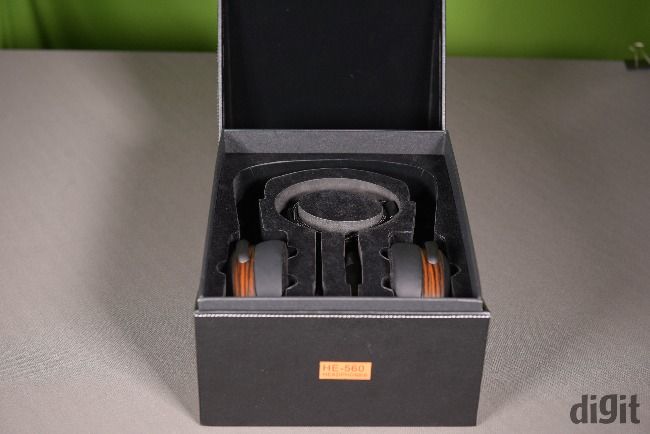 The HE560s are very easy on the eyes. The wood finish ear cups, the smooth metal frame and pleather headband give them a sophisticated look. Though I wish HIFIMAN had paid a little more attention towards the finishing. A few things seem off like the machining on the on the 2.5mm ports on the earcups – they are a little jaggedy. Other than that I found the build quality to be fairly decent. It’s not superlative and I wish the headphones felt sturdier, but they are certainly not flimsy. The felt earpads are very comfortable while the headband provides adequate support. At 375g the headphones aren’t exactly light, but the headband gives enough support and you can’t really feel the weight. The clamping pressure is a little on the tighter side but not uncomfortable. In fact, through extended listening sessions, I found the headphones to be pretty comfortable. The angled and well-cushioned pads reduce fatigue. The earcups can swivel 180 degrees, thereby getting flattened to a single plane for easy storage.

The HIFIMAN HE560 is a delightfully detailed aural experience. Since getting my hands on a pair of planar magnetics isn’t an everyday occurrence I expanded my test library than ever before. I wanted to literally put every piece of music I owned through these cans just to see what new detail I will be able to discover, what little previously missed nuance would rise to the surface. In this, they did not disappoint. 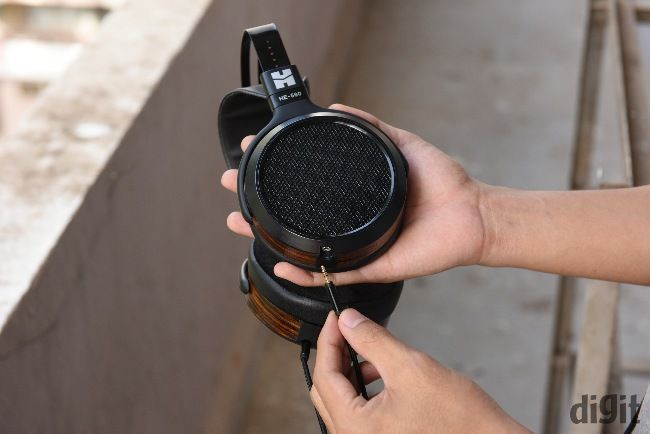 The 24bit/96kHz fully uncompressed nuforce test samples I’ve had with me for the past five years never sounded this good. I don’t want to gush, but the dynamic range on the HE560 is phenomenal. One of the nuforce test tracks is an outdoor recording of a jazz band in the middle of a city square. The spacial imaging on that track was more realistic than ever experienced before. 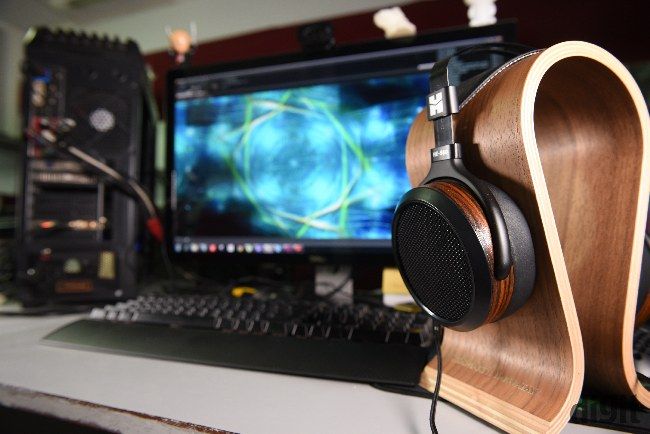 Although the impedance is rated at a humble 45 ohms, I had to crank up my Xonar Essence STX to the high gain option, which is meant for headphones between the 64 ohms to 300 ohms impedance range. The +12dB boost really opened up the headphones. HIFIMAN says they can be driven by modest amps, but a little more juice certainly goes a long way in really making them shine.

Being open cans their passive isolation is next to nothing. After all, they are reference-grade monitors, you aren’t expected to be wearing them in noisy environments. Surprisingly though, considering how open they are the leak isn’t as pronounced. 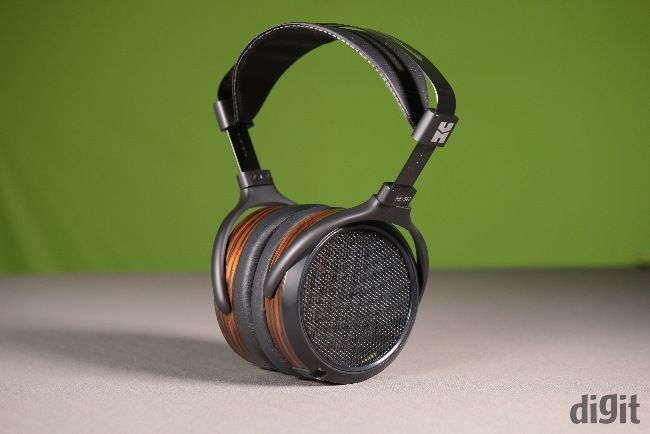 Their sound signature is very close to neutral but it feels like the bass is pronounced. While it may appear that way, it’s not the case. The bass is just supremely tight. The drum and bass rhythm at the start of Chris Rea - Call On Me is just so crisp and accurate. The drums just stop where they are supposed to. The HE560 is also equally adept at handling complicated arrangements like say the heavy instrument density of Dream Theater - Pull Me Under. Every instrument is uniquely discernable on the HE560. Overall the sound is very open, detailed and the bass performance is superlative.