Get Up Stand Up Review: House of Bass 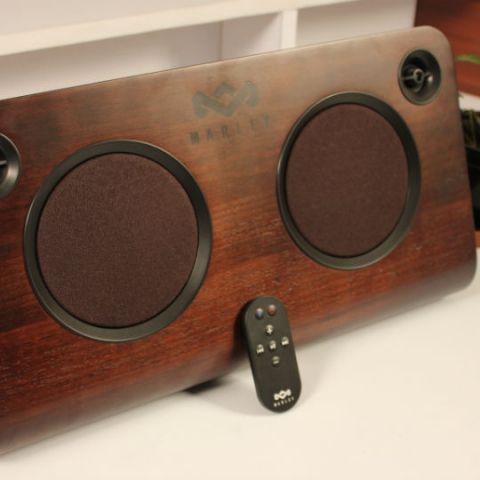 The House of Marley Get Up Stand Up costs too much for what it’s able to do. On the other hand, it looks amazing and is one of the rare tech products that actually stands out in a crowd. How much design and looks matter to you should help you figure out if you should buy it.

Get Up Stand Up detailed review

The Get Up Stand Up Bluetooth speaker is the second House of Marley product that I’ve reviewed, after the Liberation XL headphones, and it’s clear what niche the company is targeting. If you aren’t an audio purist but have a large amount of disposable income and are on the lookout for a great looking audio product with an ‘earthy’ design aesthetic, then House of Marley has its eyes on you.

Whether you should actually become a customer and buy the awkwardly named Get Up Stand Up (GUSU) is another story altogether.

If only looks mattered, I would instantly recommend the Get Up Stand Up. The speaker has a rich dark brown wood finish on the front and an eye-catching design that makes it look like it wouldn’t look out of place on a classy shelf or work desk. It’s quite large sure, and takes up about the space of a small picnic cooler and looks like one of those easels you’d see on an architect’s desk. Set in front are large circular drivers while the top and back are entirely plastic. There are two small tweeters built into the top two corners, just above the drivers. The drivers are a little too close together and leads to a performance issue that I will talk about later. While I get that the speaker’s front is meant to get all the attention, I couldn’t help but be disappointed by the all plastic back. For how much this speaker costs, it deserves better material in its build. 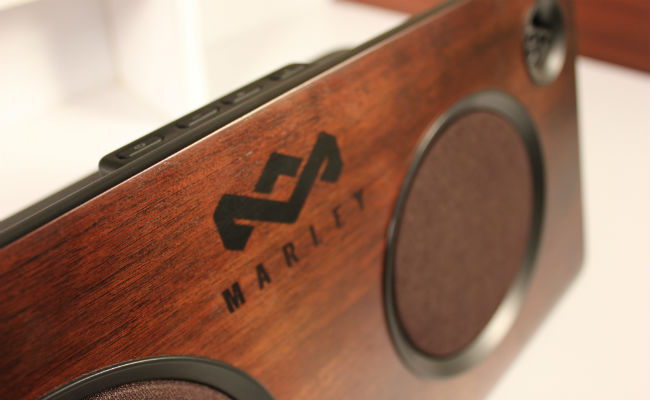 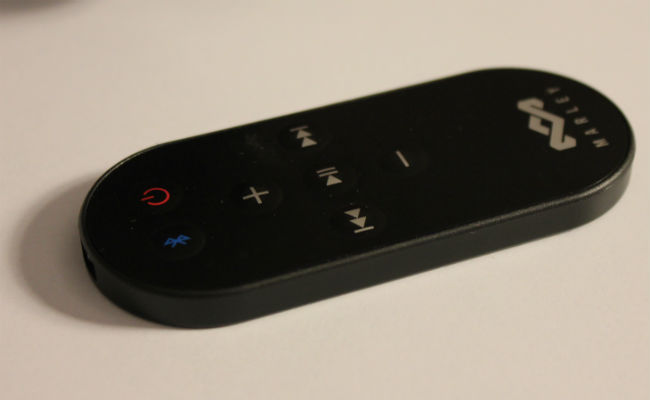 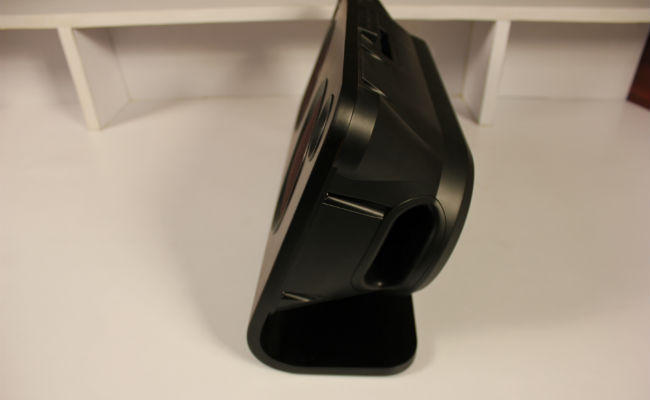 The top of the speaker has buttons for power, volume and Bluetooth while the back holds the composite cable port, 3.5mm jack, power port (the speaker needs to be connected to a power outlet and doesn’t have its own battery) and USB port. The GUSU also comes with a small remote that you can use to control audio playback, Bluetooth, volume and power. As opposed to the actual speaker, the remote looks run of the mill but does its job. 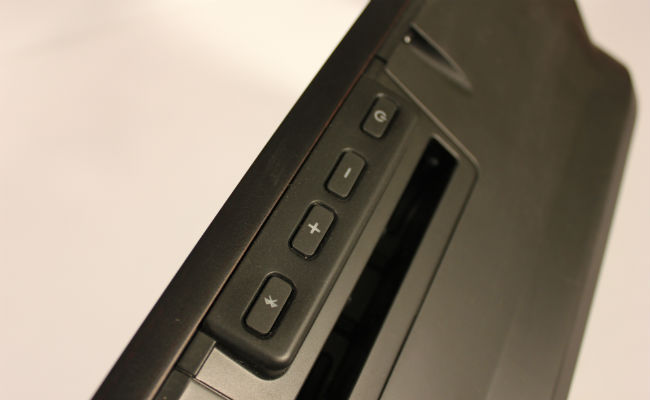 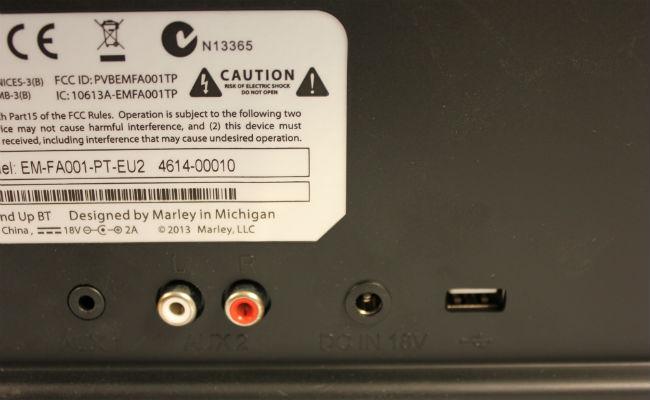 Overall, the House of Marley Get Up Stand Up is a fantastic looking product with a build that mostly impresses.

The GUSU has two 4.5-in woofers, each with a rated output of 25W, and two 1-inch tweeters.

The speaker shares the weaknesses and strengths of the Liberate XL headphones also from House of Marley. The speaker gives undue importance to bass at the cost of other elements. The bass output is powerful and combined with the high volume ceiling, the GUSU can easily fill up a regular flat with sound. Unfortunately, the bass often comes across as unfocused and loose without the necessary precision or thump to do complete justice to bass heavy songs. Also, like with most modern bass-focused audio gear, the lower end bleeds into the mids and helps muffle vocal tracks when there are a lot of instruments in play. That’s a big reason why I wouldn’t recommend the GUSU to anyone whose playlist is primarily comprised of rock songs. However, if you listen to a lot of acoustic tracks, I think you will be satisfied with the GUSU. This is primarily because of the exceptional clarity of the audio even at ear rending volumes with no audible distortion to speak of.

As I mentioned earlier, the placement of the drivers is an issue. The manufacturers should have either placed the drivers facing away from each other at an angle or chosen smaller but powerful drivers. There is a sound stage and stereo separation issue that comes up due to the large, high-powered drivers kept too close to each other, causing a negative impact on overall soundstage with almost zero stereo separation. 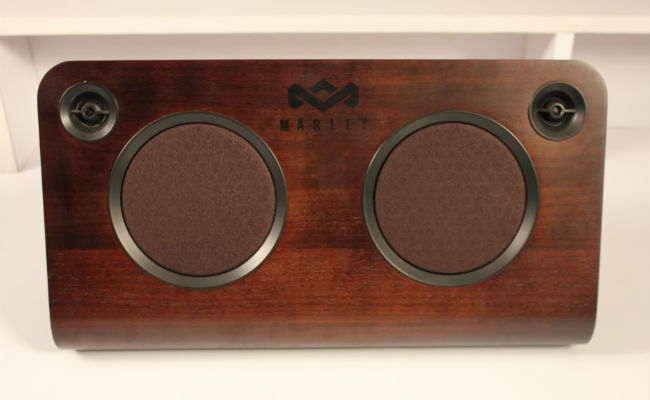 If you look beyond the clarity and volume, there’s nothing really exemplary about the GUSU’s audio performance and certainly nothing that justifies its price tag.

The House of Marley Get Up Stand Up is priced at Rs. 36,000 which is just too much for what it’s able to do. On the other hand, it looks amazing and is one of the rare tech products that actually stands out in a crowd (not that you’ll be able to lug it out of your flat into one). How much design and looks matter to you should help you figure out if you should buy it.

If you don’t want to spend as much but still want a premium product, go for the Marshall Stanmore or the Harmon Kardon Aura instead.

Get Up Stand Up Key Specs, Price and Launch Date

Get Up Stand Up

Get Up Stand Up