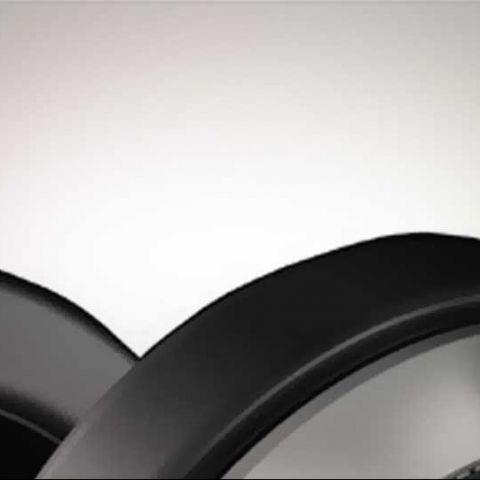 Unlike most luxury branded products these headphones, though expensive, arenâ€™t outlandishly priced. Also, they donâ€™t sacrifice quality for whatever royalty cost the branding comes with. Anyone looking for great audio along with a bit of brand fuelled panache should seriously consider them.

Think Ferrari and all your mind can do is conjure up images of elegant curves, wind-tunnel crafted aerodynamics, flashes of red (and more red), plush leather, the smell of burnt rubber and the roar of a V8 engine. And while it was every little boy’s fantasy to one day tame this Italian stallion, not all of us have been so lucky. That could soon change… with its new headphones – the Ferrari T350 – Logic 3 can take you a small step closer to experiencing some of that Ferrari stardust. You’ve got the leather, the curves and instead of the V8’s engine note you’ve got yourself a distinct sound signature.

The T350 is an active noise cancellation set and comes bundled with some interesting goodies out of the box. We’ll get to both in the “features” part of this review, but strictly speaking, active noise cancellation headphones are a rare breed and ordinarily not on the audiophile radar. The last ones we got our hands on, (apart from the odd Bose headphones here and there), were the Blaupunkt CN-112 Comfort and the now ancient Philips SHN9500. Having said that ANC headphones do find takers and may not be so bad after all. And now that we’ve got cans which carry that iconic logo, it makes you sit up and take notice. Perhaps it’s time for a spin in the driver’s err... reviewer’s seat. The T350 certainly look the part but can they deliver the performance that one expects from such a world class brand? Read on to find out…

The headphones are part of the Cavallino collection and come in two colours. There’s the black and silver one that we got our hands on, and then there’s the tan coloured (and equally stylish one) that seems to be listed on most official sites. The cans follow a closed back design – a predominantly plastic housing with metal accents. The ear cups are soft and pillowy but not large enough to be fully circumaural. For someone like me who has small ears they were pretty much around-the-ear but some of the others in office weren’t so lucky. Yes, I don’t have a penchant for supra-aural headphones but that’s just my preference. Coming back to the design, the headband is covered in plush leather with just the right amount of padding to make it firm and yet at the same time comfortable. Both earcups have the iconic Ferrari prancing horse logo that thankfully isn’t gaudy at all. The overall build is sturdy right down to the opening mechanism that lets you put in a battery for the active noise cancellation. 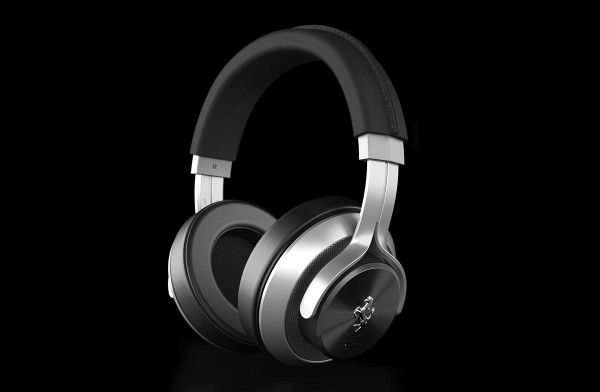 The biggest feature for the T350 is the active noise cancellation, which you’ll find out in the performance section works quite nicely. However apart from this USP, the headphones come bundled with a lot of accessories that push up its features score considerably. You’ve got an elegant hardcase that’ll not only do a fine job of protecting the headphones but also make you look totally badass. Then you have three separate fibre sheathed cables – one regular 3.5mm to 3.5mm, one with a single play/pause switch, and one with a three way Apple compatible vol up/down switch. You also get a gold plated 3.5 mm to 6.35mm adaptor apart from an airplane adaptor – both extremely useful. 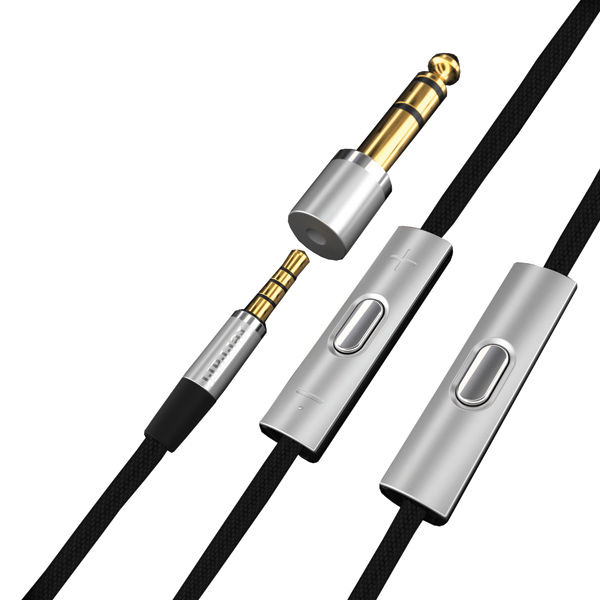 Describing sound with words is perhaps one of the biggest challenges a writer or reviewer ever faces. Most will resort to using ambiguous adjectives ranging from wooly bass to sinewy tones. We for certain have yet to encounter wooly bass or sinewy tones in all our listening years. The only alternative to avoid a subjective opinion or flowery adjectives is to empirically analyse the audio signal reproduced by the headphones. How do you do that? By letting instruments do the listening – play an audio sample, record it via a microphone, and analyse the resulting frequency curve to check whether it is true to source. The last time we did this for one of our speaker tests, we didn’t get much variation in our results.

The reason was the instruments we were using weren’t sophisticated enough. So until we get our hands on the perfect audio testing set up – custom moulded maniquin or binaural placement, high end condenser microphones etc – we rely on our organic god given instruments: our good old wizened ears. Why should you trust anyone’s ears, you may ask? Well one of the qualifying factors is the sheer number of headphones (or any audio-gear for that matter) that has passed through them at our test center. But beyond that we rely on a lot of testing standards to ensure as little ambiguity and reviewer’s bias as possible. Besides what’s the fun in reviewing audio gear if you can’t have preferences for sound signatures? “Coloured” sounds make for some great favourites. For example there are those who swear by the sweet twang of a Grado, or the shrill allure of a Klipsch. Who is to deny them their aural right?

For testing these headphones we either have the ASUS Xonar Essence One headphone DAC and amp or the Essence STX sound card. Since we can’t really predict the impedance ratings of future sets we might receive we need amplification that can drive those high-impedance cans. Secondly, we wanted the equipment to be as neutral as possible and both the Essence One and STX are supposed to be as neutral as you can get in that price range. We did not use bit perfect or any software or hardware level upsampling. The other part of the puzzle was getting the right test tracks of the highest possible quality. Of course we use only fully uncompressed WAV files or tracks encoded in lossless FLAC. The sampling rate was mostly 44.1 kHz but we did have a few 192 kHz tones as well. But limited to non-optical primary source we kept the DAC by default to 44.1 kHz. As for track selection, we used a series of tracks (some of which we’ve been using for years now) to test specific attributes such as stereo separation, vocal tonality, detail (when instrument density is high). As most of you know, we have a penchant for guitar driven music, but for this test we’ve diversified our genres. Apart from these performance tests the build, comfort and features were rated. Longer, woven cables for instance got a better score. We didn’t score attributes such as isolation, or the ability to fold the headphones as they don’t take away from the listening experience. 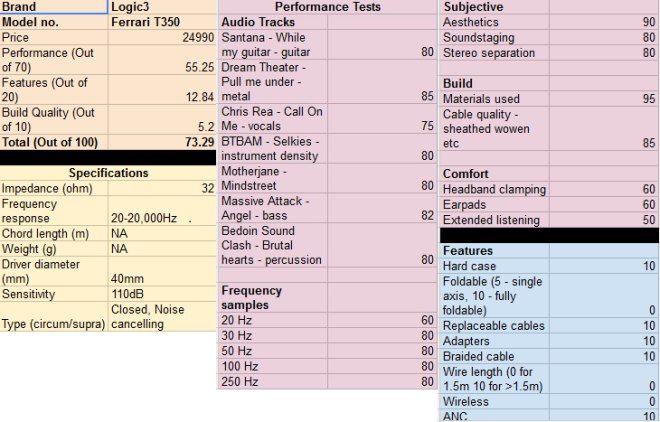 Sadly for the T350, we had Sennheiser’s HD 700 in the house when we were testing these. And although both headphones are almost on the opposite ends of the price and audio-performance spectrum it never hurts to have a high end reference. So in a way we should say we were lucky enough to have the Sennheisers lying around so that the rating couldn’t go too awry even if we tried. Let’s start with the ANC; it works well enough to cut out ambient hum but strangely adds its own buzz. Though barely noticeable, it can get very annoying if you’re not used to it. As with some of the ANC headphones nowadays the T350 does not function without the ANC on. This means that often you forget to switch off the ANC when you pull them off your ears for a bit and end up keeping the headphones “on” for the entire duration. We ran through two sets of AAA Duracell batteries during the course of the review. Apart from actual play time, a lot the drain was simply because the headphones were left “on” accidentally.

With a nominal impedance rated at 32 ohms and being highly sensitive, they were easy to drive and loud as hell from any source. As a process we run every headphone we get from a neutral source and common source – in this case our Asus Xonar Essence STX sound card. 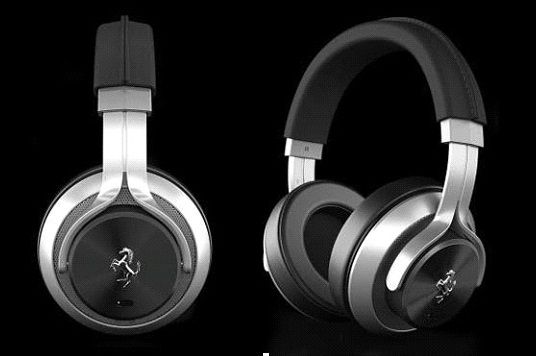 The first thing you notice about the sound signature of the T350 is that it’s on the sharper side. This was all the more apparent on O’fortuna by Therion. Bright, certainly; but because of the repressed mid-range the highs sound even more shrill. The sound stage too was a bit lacking. Unlike the HD700, which manages to create a perfect false mono right in front of you, the sound on the T350 spatially appears to be originating from where the transducers are placed – right next to your ears. This is often the case with closed cans but with the T350 it was a little too noticeable. The mid-range is not quite as open as the HD 700 (obviously) and the overpowering bass obscures other details. But before you think we’re bashing these headphones understand this – they’re extremely detailed in their own right, and just the fact that we can compare them to the HD 700 is testament to their aural finesse. The headphones excel in churning out pumpy beats and instrument separation. The first kick drum attack on While My Guitar by Santana, for instance, was something to look forward to when auditioning these cans for the first time. In terms of comfort the headphones are not bad at all either. Extended listening wasn’t a pain at all thanks to the pillowy pads, though they did tend to get a bit warm. The headband clamping was just enough to keep the headphones from slipping off.

Can you get better sounding headphones at this price? Yes. In fact, even the Audio Technica M50 would give it a sound whipping. But would you get the ANC, the understated elegance, the Ferrari logo, the hard-case that’ll make co-passengers on that long haul flight crane their necks to see what you just pulled out? No. If you’re into that sort of thing and you’re willing to pay a premium you’ve got yourself a good deal. Like we said earlier anyone looking for great audio along with a bit of brand fuelled panache should seriously consider them.