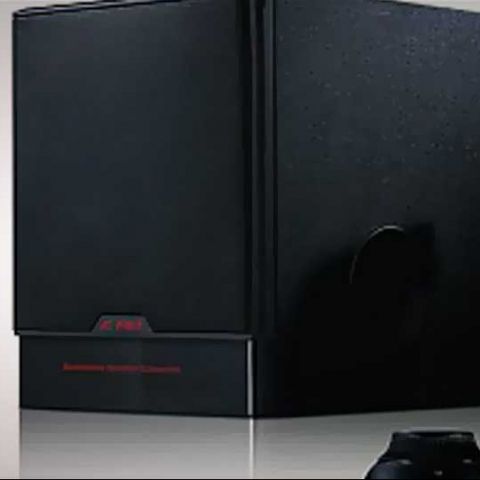 The F&D F680 speaker set performed better than our expectations. It's loud, punchy and yet surprisingly clear. At an MRP of Rs. 4,990 the speakers offer decent value. But hunt around and you'll be able to get them much cheaper; moving up from decent to great value!

Every now and then a product arrives in the test center which makes us sit up and take note. The F&D F680 speaker set is one such device. At the risk of sounding a little elitist we must confess we don’t have too much of expectation from a brand such as Fenda and while hooking it up to our ASUS RoG Xonar Phoebus sound card we we’re pretty much getting ready to settle in for a ho-hum show.

The story changed the moment we fired up it up though. “Dude, let’s have a closer look at the box,” said the intrepid reviewer to others who had by now left their workstations to come have a look. On closer inspection the box revealed the mention of the Class D amplifier. Hmm... More on that later.

Design, Build and Features
The speaker set is all black and at least the more visible components - the satellites - look elegant. The woofer unit is a simple block of wood so you’re probably glad it gets hidden away under the desk. The satellites are small (housing a 2-inch driver) but with a metal reinforced stand, they seem quite well built. The broad rubberised base keeps them stable and helps in absorbing any stray reverb that might be powerful enough to shake things up. The black grille on the drivers for both the satellites and front firing woofer nicely complement the matte black of the body.

The speaker is easy enough to set up but we couldn’t stop cribbing about the short cord lengths. If you have one of those desks with a hole for wires at one end, your satellite cable will have trouble reaching the woofer unit. The woofer unit has bass and volume controls at the back but thankfully F&D have been kind enough to provide a wired volume control dial which you can keep on your desk and not have to reach under the table. This dial unit even has inputs for headphone and a line-in, but no bass control. The build quality of this control pod though is not upto the mark. It seems distinctly deviating from the aesthetic and quality of the other components. Cost-cutting we’re guessing. 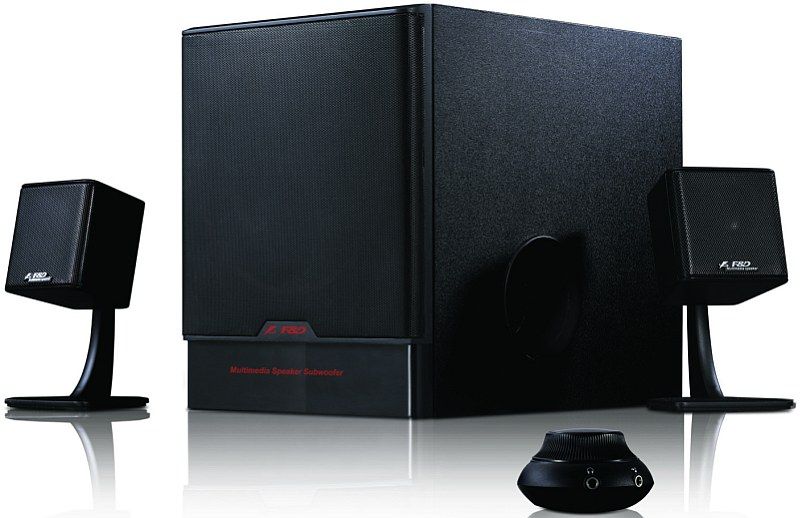 Performance
The F680 is loud, punchy and yet surprisingly clear. The sound quality is closer to what you get from higher-range speakers like the Altec Lansing MX6021 and the ilk. We connected it to both a dedicated sound card (ASUS RoG Xonar Phoebus) and on-board sound on our Intel DP67BG motherboard. It performed well on both sources. The sound is fairly neutral and the satellites being angled at an upward 11 degree angle help in creating a good sound cone for the listener. The soundstaging and stereo separation is also much better than what one would expect from speakers in this price range.

The bass unit, which is rated at 35W can’t go too low so don’t expect the rumbling movie theater lows that you can hear on the Logitech Z623, but still the lows produced are neat and crisp. We were especially pleased while playing our set of RHCP test tracks with this speaker. For music and games the bass churned out by the 6.5-inch driver is more than adequate for a mid sized room. Perhaps the Class D amp kicks in here since good Class D amps are supposed to reduce size and power consumption of bass units while giving rich output.

The satellites house 2.25-inch drivers and take care of a rather large range but come out shining. Instrument separation is good enough and the highs are clear. Vocals sound a little flat but that’s something we can live with.

Verdict
At an MRP of Rs. 4,990 the speakers offer decent value. But considering that none of these products ever sell at MRP we did a little search of our own for an optimum MOP. We found that at websites like Flipkart and BitFang the speaker set is selling for around Rs. 3,500. At that price it’s a steal. Go for it for sure. 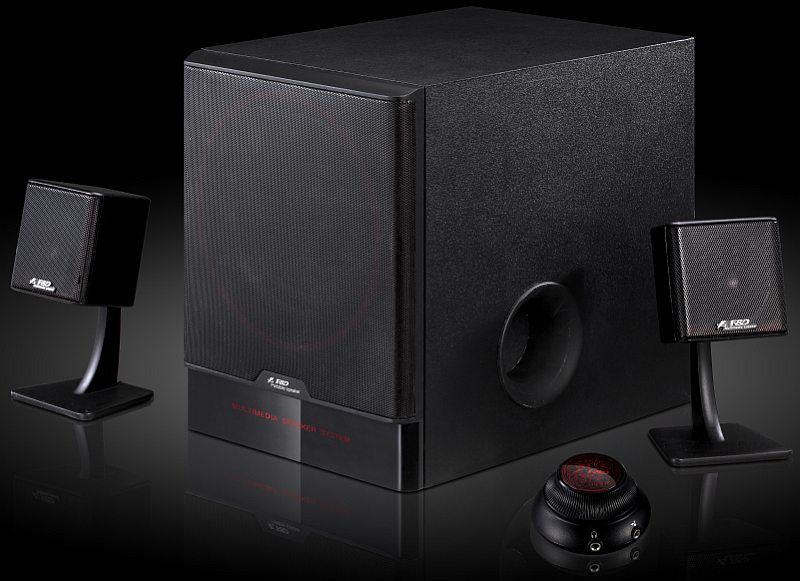