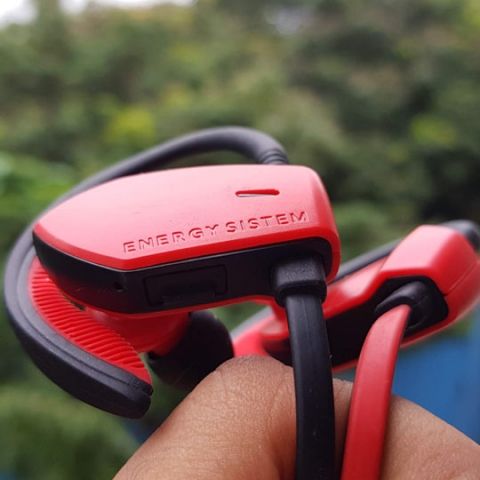 The Energy Sistem Sport 1 attempts to impress you right out of the package, but soon ends up bestowing one disappointment after the other with problems in its build, connectivity and audio performance. At its price point, better alternatives like the H27 from Ant Audio and the boAt Rockerz 275 should be able to steal your choice away easily.

Looking back at the rise of Bluetooth IEMs, there weren’t many design options when the whole thing started off. Now, you are likely to be confused about whether to go for a neckband, neckband with wires, truly-wireless - we might need to come up with new classification terms soon. While it is difficult to pin a particular type as the best of the lot, the neckband with wire type has a certain balanced appeal that falls between the rigidity of typical neckbands and the complete disconnection of true wireless. When this comes at a budget price, there’s always a chance that you might end up something unexpectedly good. Does the Energy Sistem Sport 1 fit the bill? 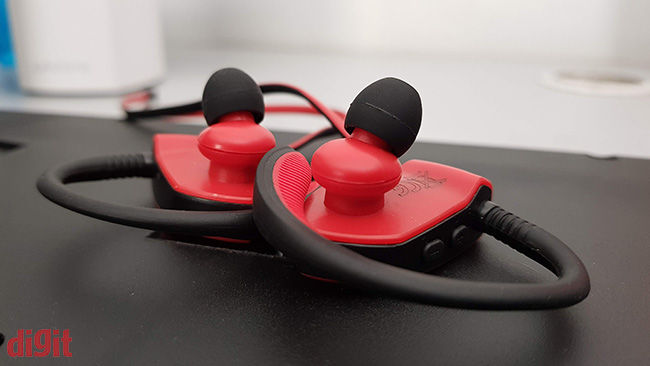 Right out of the box, the Sports 1 comes across as slightly cheap. A build entirely using plastic and rubber, it doesn’t really exude a sense of quality and durability. It feels ridiculously light though, which is a big advantage for a Bluetooth IEM targeted at sports enthusiasts. However, the non-adjustable ear hooks on the earbuds take away from that feeling. Don’t get me wrong, the rubber ear hooks are flexible and can be bent while wearing, but they don’t offer any adjustment in terms of size. However, the choice of rubber for the clip material is something to appreciate as most of its budget counterparts that we’ve encountered go for plastic. 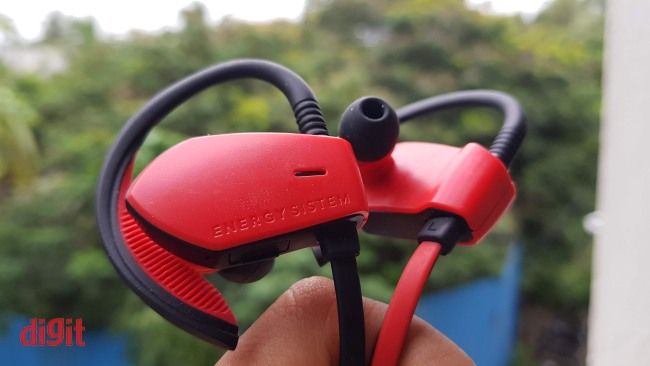 One of the problems with the Sport 1 is the short wire connecting the two earpieces. The wire, approximately 42 cm in length, has a shorter reach than what is usually found in neckband style headphones. In normal usage, you will not find this problematic. The clip holds the earbuds in place even if you turn around. But it is unavoidable to feel a tug during active workouts and even if you’re stretching to the extreme – which is a big problem for a Bluetooth earphone. Points to Energy Sistem for making the wires flat, though. Additionally, those not used to IEMs with angular buds might find it a bit too invasive, especially when using the smaller earbuds. 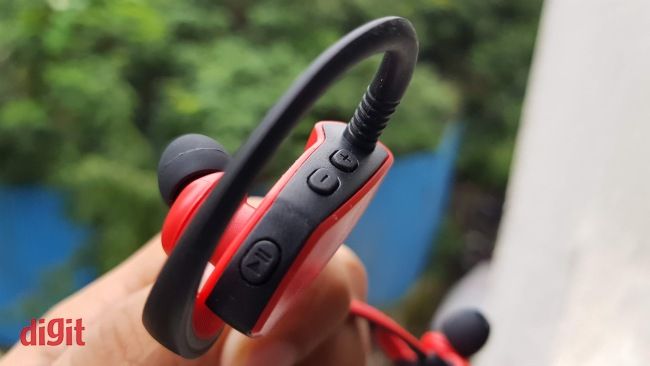 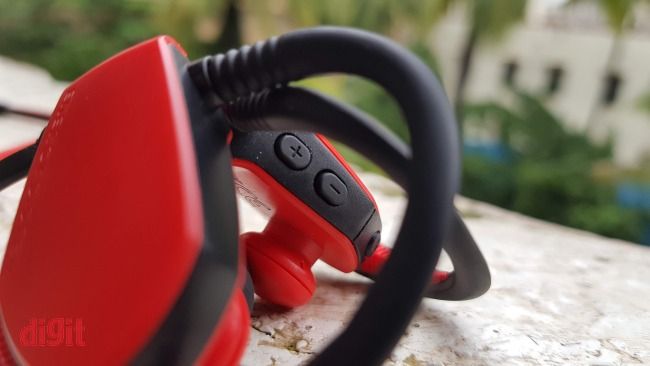 In terms of features, Energy Sistem Sport 1 doesn’t offer anything exceptional beyond what you would usually expect from a Bluetooth IEM. In fact, there are aspects that are downright disappointing. For instance, the Bluetooth connectivity is dismal, beginning to crack at 20 feet and completely giving up by 25. Button response is quite accurate though - in our entire duration of usage, the buttons didn’t fail us even once, whether it be playback control or call controls. While the battery does last a good 6 and a half hours, it also takes a good couple of hours to charge it completely. The IEMs are also quite poor at isolation, with anything above 75% volume clearly audible to someone sitting next to you, and external noise pouring in on average public transport. 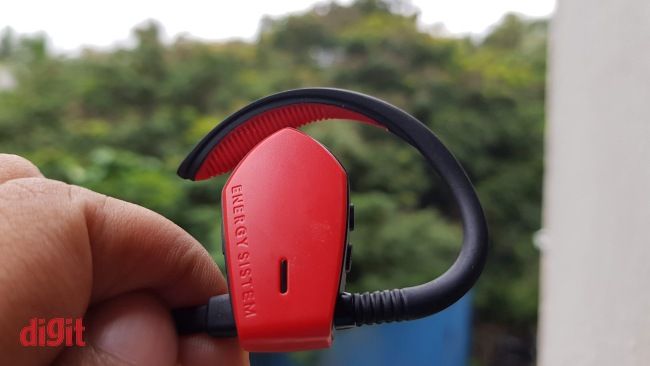 Audio-wise, the Energy Sport 1 lacks weight. While there’s no dearth of loudness, there’s certainly no effort given towards creating a proper soundstage. Both highs and lows sound harsh and forward at high volumes, leaving little room for the mids to be heard. On tracks like Pull Me Under from Dream Theater, barely anything beyond the snare drums and the lead guitar can be discerned, especially the vocals. The performance is slightly better on pop tracks without a lot of electronic sounds like Uptown Funk by Bruno Mars, but don’t expect a lot of detail there either. 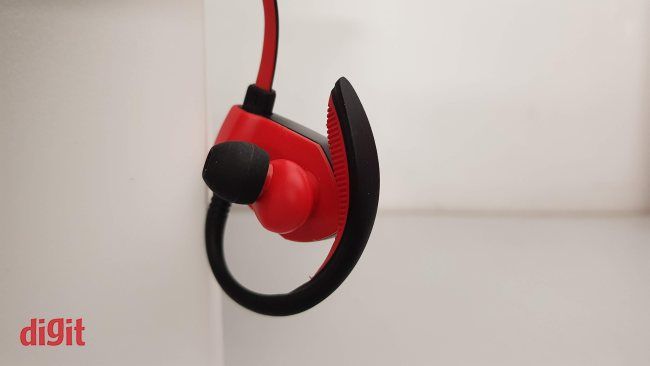 In fact, the audio performance of Energy Sport 1 can be best summed up by one phrase - it lacks detail. What is also lacks is a decent soundstage. Tracks like Hunter by Bjork sound painfully flat and limited, and at higher volumes, push the vocals to a harsh point. There’s no layering, and while we do prefer bass that doesn’t overdo the punch, on this one it sounds fairly muddy and stale. 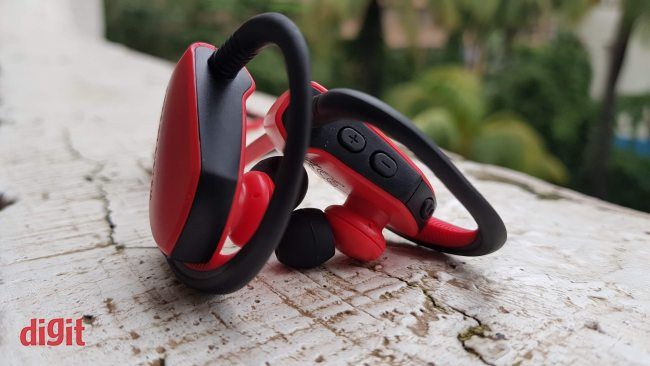 The Energy Sistem Sport 1 is another in a long line of wireless IEMs that aim to be your daily gym and workout companion. However, this particular product falls short of that goal on multiple fronts. 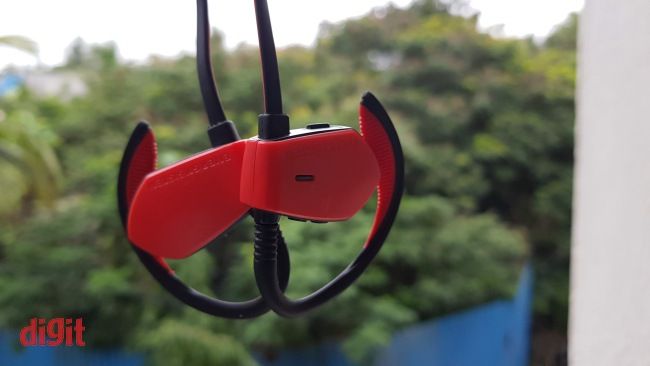 A shorter-than-usual connecting cord leads to tugging well before the extremes, and along with the clicky buttons, take away from the rubber hooks that would have otherwise gained points for the headphone. Bluetooth connectivity is quite poor, and audio performance is downright disappointing. The Ant Audio H27 is a comparatively better, and cheaper alternative, and at a slightly higher price point, the boAt Rockerz 275 is also a good alternative.