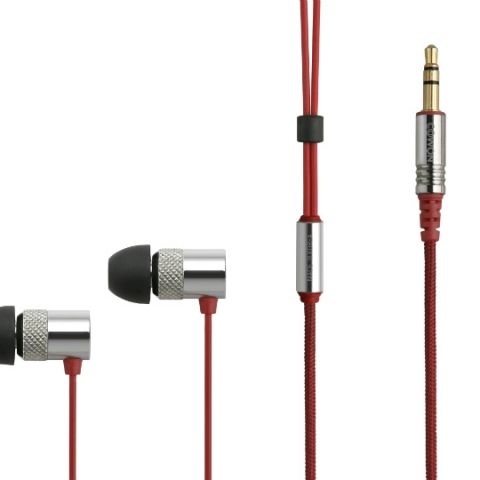 Quite simply if you are even a little serious about quality and the kind of audio experience you subject your ears to, you have to get yourself the EH2. The detail, clarity, stereo separation all make it a worthy purchase, even if you are expected to shell out more than what you would on a pair of in-ears. It performs beautifully with genres such as rock, metal and even electronic music. If indian classical and vocal-based music is your things, you’d probably do well to go for a pair with a warmer sound signature. As for the pricing, the EH2 is priced at an MRP of Rs. 14,500. This puts it squarely between high-end IEMs like the Aurvana 2, Micros 70, XBA 3 which cost around Rs. 8000 on one side and extreme high end ones like the UE900 and QC20i which cost upwards of Rs. 25,000. What’s surprising and delightful is that the performance of the Cowon EH2 is closer to those 25k headphones than it is to the 8k band. Bottomline: if you can afford it go for it. It’s an audiophile collectible.

The prospect of reviewing earphones from Cowon is always something to look forward to; not because Cowon is known for stellar quality or has had consistently brilliant releases, no that’s not the reason. The prospect is exciting because there’s always the possibility of discovering gems like the EM1. The EM1 as you probably know is a budget segment performer that’s been our most recommended headphone for a long while now. Could the EH2 be something like that?

A look at the packaging and the headphones themselves quickly answered the “budget” part of my earlier query. No these were certainly not going to be budget headphones. So along with the SoundMagic E10M, I decided to bring out the Audio-Technica SonicFuel ATH-CKX9 and the Fidue A63 for reference. These headphones are slightly above the pay grade that the Cowon EM1 belongs to and I figured would be fair game for the nice looking EH2 that I was now holding in my hand.

Thirty seconds into putting them on and I realised we’re dealing with something way different here. The clarity and detail was such that it was time to upgrade the league a bit and bring out the slightly bigger guns for comparison. So out came the Aurvana 2 in ears as well as our old favourite – the Martin Logan Micros 70. 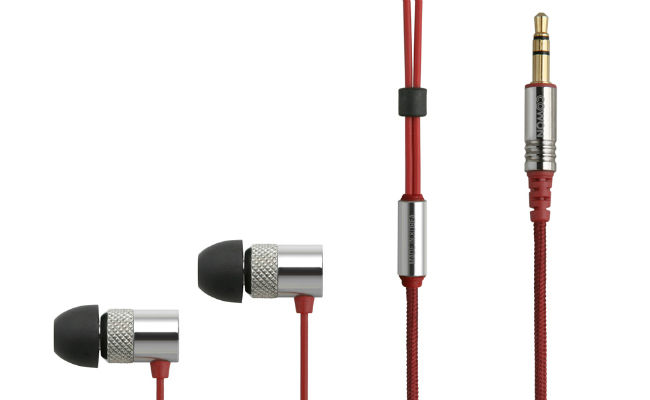 As a norm, I don’t like to look up prices for the audio gear I’m reviewing before starting with my test process. The price unnecessarily tends to influence one’s raw impressions about a product and I’d rather do without that. When I connected the EH2 to my Nexus 5 the kind of precision I was met with certainly made me want to look up this headphone’s price. But besides the obvious – that these were high quality headphones – I also realised that ordinary sources won’t cut it, even for that initial “layman” impression or what reviewers would call the casual listening experience. I decided to hook up the FiiO E11K Kilimanjaro for one round of test tracks and then our old faithful Xonar Essence STX for the next round but more on that later. For now let’s start with some of the more cosmetic aspects. 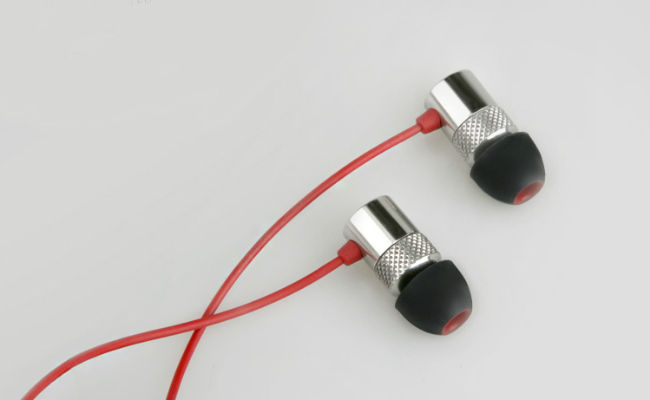 Although the review unit we got didn’t have it, the box bundles a carry case which by the looks of it seems quite nice. But the more interesting bundled accessory wasn’t the carry sleeve or the ¼-inch adapter, it was the assortment of tips. There were three sizes and two types. Apart from the regular ones you get the kind where there’s a bit of foam lining behind the flange. This ought to provide more resistance or push back against your ear canal, therefore a better seal, and not to mention better isolation. And it does work that way. The cable is fibre braided for the most part but from the stopper where the left-right cables diverge, they become very thin. Very strange for an otherwise well built headphone. The housing is made of stainless steel and while quite heavy, isn’t heavy enough to dislodge it from your ear. This being a hybrid headphone, it houses two drivers. One, a balanced armature design driver and the other a regular dynamic driver. The balanced armature driver tackles the higher end of the spectrum while the dynamic driver produces the bass frequencies. 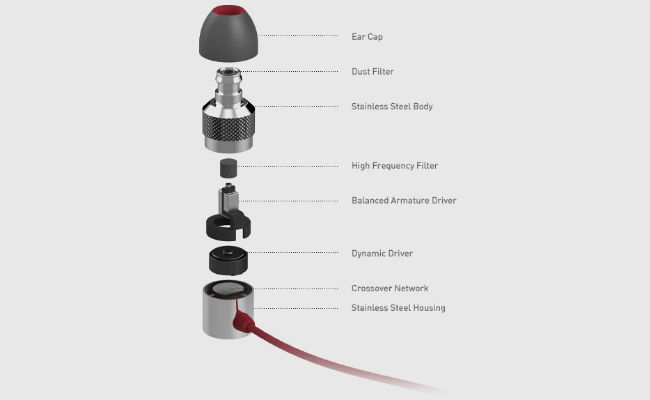 The headphone reminded us of the XBA 3 which had not just two but three discrete drivers. While having more drivers than just one full range driver does seem to be a feature that many in ears seem to be sporting these days. We even have with us the UE 900 which has quad drivers – that’s four drivers to each ear. Still whatever the number of drivers it’s ultimately the performance that matters. Let’s get down to the part that really matters.

Having tried different sources with the EH2, one thing is apparent right away – the detail is phenomenal. While the higher end of the spectrum is greatly enhanced somehow they still manage to sound sweet and not shrill – typical of the sound signature we’ve noticed on similarly tuned in-ears like the Klipsch Image S4i, for example.

The performance and fidelity is truly superlative. Halfway through the test I had to upgrade the reference headphone line up a notch further. Now I was only switching between the Bose QuietComfort 20i and the UE 900 for drawing comparisons. While the Bose QC 20 has that please-all sort of sound signature, I found that the EH2 had its mid range slightly less emphasised. The EH2 therefore is decidedly bright. If I had to picture the frequency curve it would start with a close to flat lower end, a smooth U shaped dip in the mid ranges and a steep soaring high end. 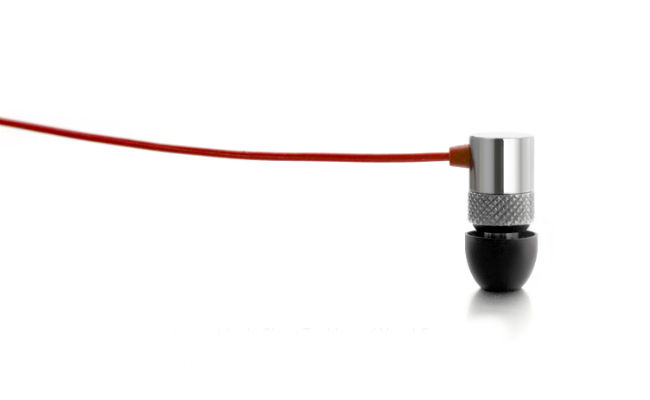 The bass isn’t punchy or hard hitting, but in no way can the headphone be described as bass shy. There is enough bass and this can be easily ascertained on tracks like Hate Song by Porcupine Tree or Angel by Massive Attack. For flat response enthusiasts (who usually don’t like too much boom in their audio) this headphone will be much loved.

But of course it can’t all be great. Having the mid ranges suppressed some of your tracks especially those driven by vocals won’t sound that great. Take for example the velvety smooth baritone timbre of Chris Rea’s voice. While listening to Chris Rea’s Call On Me, the warm, full-bodied rasp of his vocals is lost. So yes while the EH2 handles the instrument density of rock and metal numbers beautifully, with perfect separation and detail, I wouldn’t recommend it for country or similar genres.