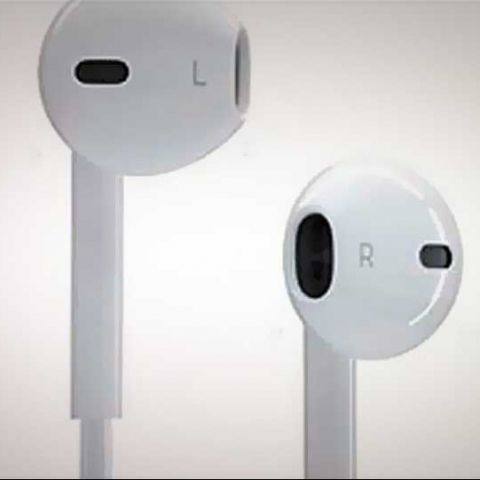 Apple's new EarPods are the better-fitting, better-sounding earbuds iPods and iPhones should have had all along.

After 11 long years, not counting a very minor mid-cycle update, Apple has finally completely redesigned its trademark white earphones that come bundled with every iPod and iPhone. And with good results. In fact, Apple may have achieved the impossible: The EarPods ($29 direct, if purchased separately) actually deliver some bass punch, without resorting to an in-canal, rubber-tipped design that accumulates ear wax (ick). Despite Apple's claims, the EarPods still don't fit everyone. But for doing what the Apple earbuds should have done all along—providing good sound quality and comfort on a budget—the EarPods are an easy recommendation.

Concept and Fit
Remember that the goal here isn't for Apple to deliver a high-end pair of earphones that compete with our favorites from AKG, Sennheiser, or Shure. Instead, the question is, are the EarPods good enough that you won't feel like you need to upgrade immediately? And if they break and you need another set, or if you're looking to replace a worn pair on an older iPod or iPhone, should you get these, or head to Amazon or Best Buy and pick up a different pair?

Let's talk about the unique design first. The EarPods are made entirely of white plastic. They look custom molded, thanks to the unusual earbud shape. Apple claims the idea is to build the diaphragm out of both rigid and flexible materials, which minimizes sound loss, while adding acoustic vents in the stem of each EarPod to improve bass. A few inches down the right earbud wire, you'll find inline call controls that will work with all iPhones; you get prominent volume buttons and an indented multi-function button.

The EarPods are compatible with any device with a 3.5mm headphone jack, including all iPads, iPods, and iPhones, though Apple says some models may not support the inline volume controls. Apple includes a small plastic carrying case that takes a little work—you need to wrap the earbuds in, then the inline controls, and then the wire around the edges—but it's a nice touch and infinitely preferable to untangling them every day on the subway.

First welcome surprise: The EarPods fit and don't fall out, at least for me. Not everyone has this problem, but for whatever reason, the original Apple Earphones (not to mention many Bluetooth headsets) have never stayed in properly. I guess I'm lopsided, but the right earbud always falls out, which is one of the reasons I prefer in-canal earphones and over-the-ear headphones to earbuds. The EarPods are the first ones I've tried that are made entirely of plastic yet still stay put. On the other hand, my editor tried them, and they wouldn't stay in her ears. We'll call the fit a toss-up, but certainly not the sure thing Apple implies. 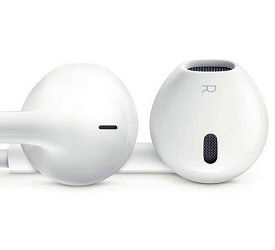 Performance and Conclusions
Second welcome surprise: Bass. In my tests, Muse's "Uprising" had all the kick drum and midbass rumble it was supposed to have. In Metallica's Mastered-For-iTunes "Hate Train," I could still hear the kick drum even with the guitars crushing down, albeit barely. On The Knife's "Silent Shout," our standard bass test track, there is actually some decent tail "boom" on the 808 kick drum, although some details in the bass synth behind the kick drum are a bit lost and distorted at higher volumes.

Okay, there's still not much low-end extension. Hip hop, rap, and other electronic music lovers, not to mention classical listeners looking to vibrate their skulls with a pipe organ's low notes or rumbling timpani rolls, should stick with an in-ear rubber-tipped set—even an inexpensive pair, because the tight seal you get automatically enhances those frequencies. But there actually is some low-end extension, which is surprising, particularly once you turn up the volume. The only thing I worry about here is that while the EarPods can get pretty loud, they don't really punch until you turn 'em up, which is not good for your hearing. Watch the volume dial and add a little EQ if you need more bass.Apple EarPods

Otherwise, the EarPods sound fine, but by no means exceptional. You don't get a lot of midrange or high-end detail. In fact, from the midrange on up, they sound a lot like the original Apple earbuds, though they're a bit smoother and more detailed. There's also some slight audible harshness in the upper midrange, but it's not offensive. And that's expected for less than $30. Metric's "Youth Without Youth" had tons of energy, and didn't distort at all (besides what it was supposed to do). Ludovico Einaudi's "A Fuoco" lacked a sense of air around the instruments that you'd get with higher-end earphones, and you don't hear the little noises that indicate a bow on strings, but at least the piano and violin sound smooth and natural.

Note that there's also some sound leakage that people nearby will hear. It's a bit more than you'll get with in-canal earbuds, but a little less than with the regular Apple earbuds. Also, for the same reason, the EarPods don't block out much external noise; if you want something that minimizes train or airplane noise, for example, go with an in-canal design or a noise-cancelling pair.

Finally, for phone calls, voices sounded fine in both directions, with a warm tone in the earpiece. Transmissions through the inline microphone were clear and well balanced, if slightly muffled.

So the EarPods aren't perfect—far from it—but in most cases, you're not paying for them since they come with iPods and iPhones. And many missteps can be forgiven with a $29 price tag. Our budget Editors' Choice earphone pair, the AKG K 350 sound better all around, particularly with midrange and high-end detail and low-end bass extension, but they also costs a lot more. Apple is still selling the original "classic" earphones for the same $29. Steer clear of those and grab the EarPods instead; you'll be glad you did. Even better if they came with your new iPod or iPhone.