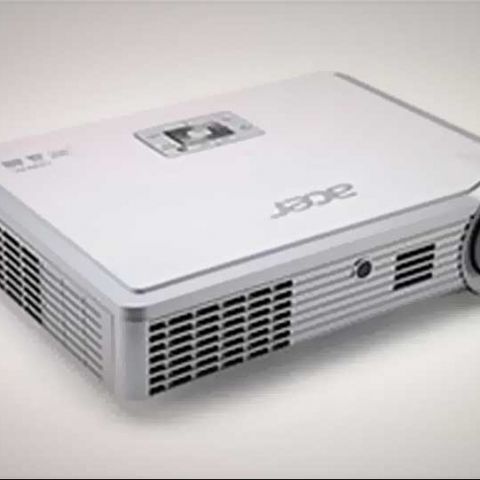 As far as portable projectors go, the Acer K335 offers a no-compromise feature set, very good performance and as long as you arenâ€™t adamant about a 1080p resolution device, this one would be equally comfortable at home watching a movie, or in the office over non-stop discussions around a presentation.

It's a simple reality that most of us do have a major collection of movies and downloaded multimedia content on portable hard drives. And televisions being what they are, everyone cannot be expected to own one with a 55-inch panel size, or more. So, how do you get close to a proper big screen experience in the comfort of your home? The answer is simple - a portable projector. Its biggest advantage - move it around whenever you want.

Build & Design
The Acer K335 sits tentatively under the branding of “travel projector”. It isn’t a pico projector by any stretch of the imagination, and neither can it be made to sit alongside the bigger entertainment and office projectors. In a nutshell, this is a fairly compact projector sitting in with most of the specs of a bigger projector. And the 1.3kg weight just lends...weight to that argument!

Just like its smaller sibling, the K135, the K335 also has a dual colour finish, with white being the primary shade, and generous amounts of grey on the sides. All connectivity options sit at the back - HDMI that also doubles up as the MHL Link, HDMI, VGA, USB, memory card slot as well as audio in and audio out.

The key cluster sits on the top side, and is fairly useful if you don’t want to use the remote for some reason. Unlike the smaller K135 which had the manually adjustable focus controller sitting exactly above the lens, the K335 has an on-lens dial to manage focus. This does mean that the “sweet spot” isn’t as wide as you would like ideally. Using something similar to a feather touch is what will work best in this case.

In terms of build quality, the combination of white and grey looks good, as it did on the K135. The enamel white colour is brilliant at hiding scratches and the grey colour on the sides, including on the speaker and vent grill, adds a nice subtle contrast. Acer neatly tucks in a carrying case as a standard accessory. To Acer's credit, this is not what a lot of other projector manufacturers do. 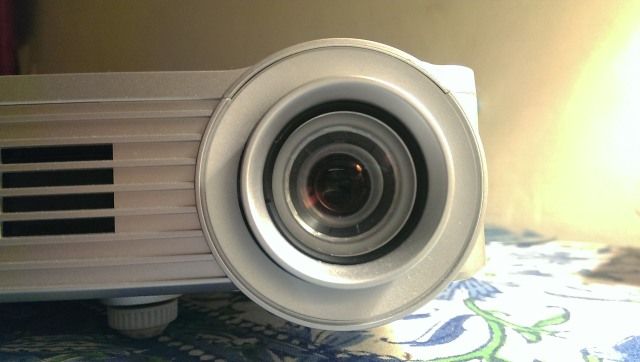 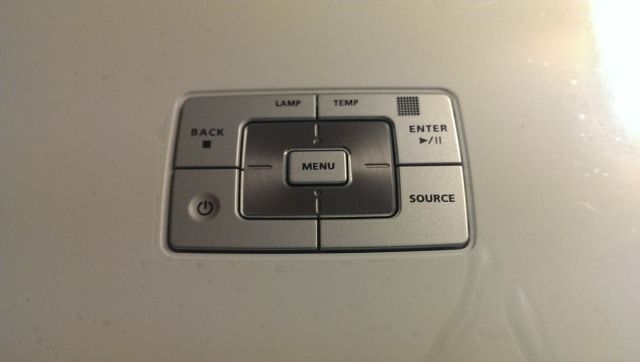 Performance
The K335 has an f/1.5 LED lens, which means the startup is quicker than those good old lamp versions. Set up is a breeze, and we were up and running with each device in under two minutes, and that included the positioning and the elevation levels. Speaking of which Acer has sent out the K335 with the screw method elevation extenders, instead of the push based ones. This doesn’t take anything away from the projector itself, but the latter would have felt a lot more premium.

The projection size for the K335 is around 65-inches, from a distance of 3 feet from the screen. However, the sharpness is excellent till about 80-inches, beyond which the clarity does suffer. For a portable projector, this is extremely impressive. The on-lens focus dial unfortunately doesn’t have a very wide focus sweet spot, and you have to tweak with the finesse of a feather touch. We played back a variety of 720p and 1080p media content as well as still images through multiple HDMI sources - WD TV Live, an Android smartphone and an HD DTH connection, and the results were impressive. Unlike the smaller K135, the K335 can be pushed a lot higher in terms of colour richness and contrast levels, because this has more lumens under its belt. In terms of variety of content that this can play back, the K335 is equally comfortable with the standard definition channels on a DTH connection, with the HD channels via the same source and even with 1080p rips for movies. The USB port itself can only read very limited video formats, but does well with reading office documents. Which is why, for entertainment purposes, you will need to hook this up to an HD Media Player, for example. Yes, the native resolution of 1280 x 800 pixels does fall short if you are adamant about the 1920 x 1080 pixel resolution, but does not take away from the fact that the projected content is sharp, colours look rich and a bit of ambient light trickling in doesn’t have a negative impact on the experience.

One issue was that with the Black colour enhancer setting enabled, the projector did suffer from the issue of periodic signal dropouts, irrespective of the source. Turn that setting to off, and the problem goes away permanently. We changed the HDMI cables as well, but that didn’t really help.

While Acer doesn’t provide an MHL cable with the K335, we happened to have one lying around, and connected the HTC One to the projector. The screen was mirrored perfectly, and is possibly the best way of enjoying viewing the photo gallery on a smartphone. To buy or not to buy?
As far as portable projectors go, the Acer K335 offers a no-compromise feature set, very good performance and as long as you aren’t adamant about a 1080p resolution device, this one would be equally comfortable at home watching a movie, or in the office over non-stop discussions around a presentation. It's small and light enough to be moved around, but is extremely powerful and offers a rather neat big screen experience at home. Yes, you can get a Full HD projector in the same price range, but that may not provide the portability and smaller footprint this one can.