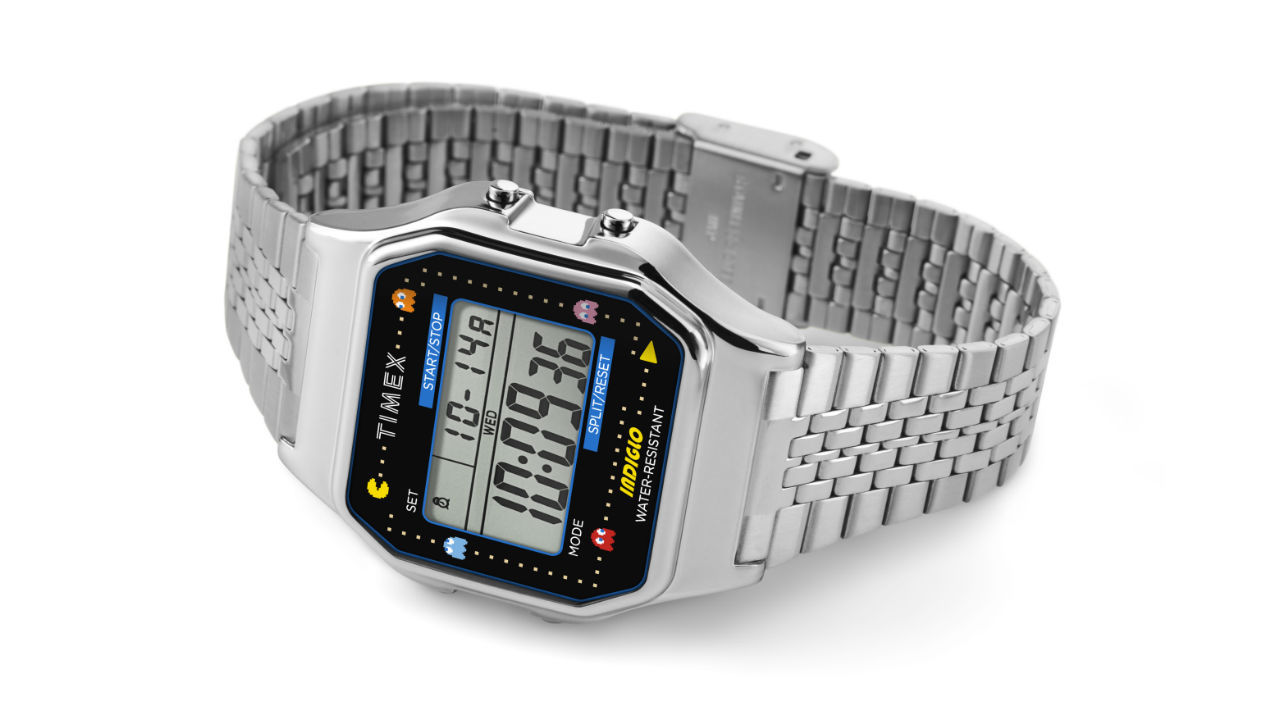 Timex is celebrating the 40th anniversary of Pac-Man by launching a new watch. Called the Timex T80 x PAC-MAN, the wearable is priced at Rs 5,999 and features some basic abilities that one would expect in an 80s timepiece. This includes an alarm, stopwatch, date display and INDIGLO backlight. It even plays the iconic Pac-man melody.

Timex India is celebrating the 40th anniversary of PAC-MAN™, one of the world’s most well-known arcade games, with an expanded release of the Timex T80 x PAC-MAN™ watch. Just as PAC-MAN™ revolutionized the gaming world in the 1980s, Timex shook up digital watchmaking around the same time when it introduced some of the first digital watches for mass production, marking a turning point both in timekeeping and the future of wristwatch design. To celebrate these two icons of that era and PAC-MAN’s 40th anniversary, we’re introducing a special edition of our T80 that features PAC-MAN right on the watch face. Following the sold-out release of the T80 PAC-MAN™ watch at ComplexCon and timex.com last year, Timex is now making the watch available in India on Amazon.in during Prime Day 2020 to meet international demand and build upon the watch’s first-outing success.

According to Ajay Dhyani, Head- Marketing and E-Commerce of Timex India, “The Timex T80 PAC-MAN collection has received a phenomenal response globally and we are now thrilled to announce its entry in India. PAC-MAN created a whole new entertainment in the 1980s- the time when Timex introduced some of the first digital watches which became immensely popular. This crossover is a perfect combination of retro aesthetics while hitting all the right notes of nostalgia. We are looking forward to seeing how Indian consumers respond to this.”

“We are excited to announce the launch of the Timex T80 x PAC-MAN™ watch on Amazon.in during Prime Day 2020. Prime Day offers a unique opportunity for its members, to discover joy with a two-day event filled with best of deals, hundreds of new product launches, blockbuster entertainment and more. With this launch, Timex, known for introducing digital watches to the masses and for its youth appeal, is celebrating the 40th anniversary of PAC-MAN™, one of the world’s most well-known arcade games. Amazon’s wide reach in India will further ensure that the launch is made accessible to more customers across the country”, said Mr. Arun Sirdeshmukh, Business Head at Amazon Fashion.

This T80 watch features PAC-MAN™ right on the dial, along with other special touches on the case back and bracelet clasp. The watch also packs all the capabilities one would normally expect from a Timex T80, such as an alarm, stopwatch, date display and INDIGLO® backlight; it even plays the iconic PAC-MAN™ melody with retro flair to spare, making for a well-rounded timepiece that wears just as well in 2020 as it has since the heyday of arcade gaming.

The Timex T80 x PAC-MAN™ is exclusively available on shop.timexindia.com and Amazon India in silver-tone, gold-tone and black for Rs. 5995/.-