Fitness bands had a 87.7% of the wearable market share with Xiaomi being the top vendor in this category 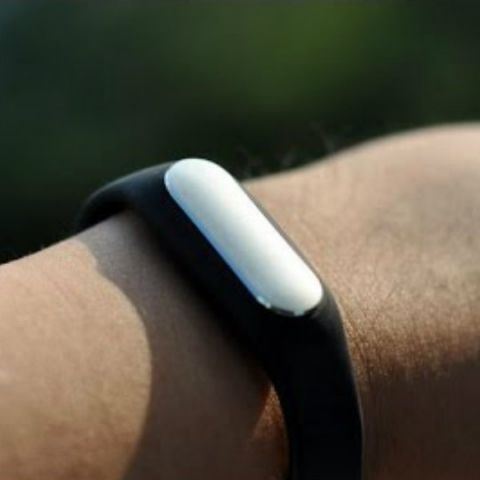 The wearable market in India has just clocked over 400,000 units in Q1 2016, according to a report by IDC. As per the firms report, the market was largely driven by fitness bands with an 87.7% market share, while the remaining 12.3% was taken up by smart wearables. It was also notes that Xiaomi was the top vendor in this category in this quarter due to its affordable Mi Band fitness tracker. The company had a 27.1% market share in Q1 2016.

According to the International Data Corporation (IDC), the wearable market in India clocked just over 400,000 units in the first quarter of 2016. As per IDC Worldwide Quarterly Wearable Device Tracker, the market was largely driven by fitness bands with 87.7 percent market share whereas smart wearables, defined as any wearable that can run third-party applications, contributed to around 12.3 percent.

According to Raj Nimesh, Senior Market Analyst, Client Devices, IDC, "The wearable market is rapidly gaining traction as it provides an easy health tracking mechanism to the users. In terms of units, Xiaomi and GOQii together contributed over 45 percent share, however Fitbit had maximum market value share. The smart wearables have not yet gained enough ground because of the higher price attached to them."

The online channel was the most preferred means for majority of the vendors. However, a shift towards retail is also being observed as customers are looking to physically feel and test out the product. Fitbit and Apple are the only two brands that are widely present in physical stores; the other brands have either limited or no offline presence. "The popularity of wearable devices is restricted to urban sectors with relatively higher disposable income. Since online platforms are immensely popular in this segment, nearly three-quarter of the sales happened through leading online retailers. However, to expand the reach, an increasing number of brands are taking up the offline channel, especially though major large format retail (LFR) outlets," added Nimesh.
Though the smart wearables remained low at 12.3 percent, a higher growth rate compared to basic devices is expected in near future. The first two positions were grabbed by Samsung and Motorola while the global leader Apple stood third due to channel-related issues.

IDC India Forecast
The wearable devices witnessed an annual triple-digit growth, and similar growth is expected in the near future as well. "The wearable devices have become immensely popular in the past one year, and more players are expected to make an entry into the market in both the basic and smart wearable categories. The expected launch of affordable smartwatches in the second half of 2016 could see a rapid growth in the share of smart devices," says Swapnil Bhatnagar, Research Director, IDC India.

The penetration of wearables is still low, and vendors are investing in the continuous development of products to provide better value to users. "The increase in volume is giving more scope to the vendors to come up with better features such as display and NFC. Both Intex's recently launched Fitrist and Xiaomi's soon-to-be-launched Mi Band 2 come with a display at affordable prices," added Bhatnagar.

The wearable devices market is at a nascent stage right now and penetration in India is much lower in comparison to markets like US or China. While the consumers are keen on understanding the product and its features, vendors are continuously increasing their marketing budgets to address the issue. A rapid adoption in all categories of wearables is expected and the market is expected to evolve on all parameters such as price, product features and target segments.