Xiaomi partners with Microsoft to ship all phones with Skype, Office pre-installed

As per the terms of the partnership, all Android smartphones from Xiaomi will now ship with Skype and Office pre-installed on the devices. 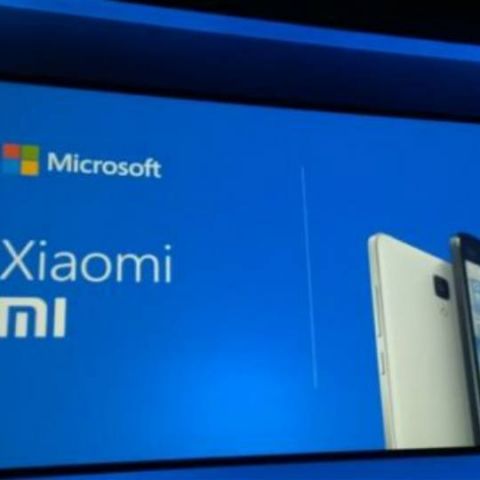 Chinese smartphone giant Xiaomi and Redmond based software giant Microsoft have announced the start of a long-term partnership. As per the terms of the partnership, all Android smartphones from Xiaomi will ship with Skype and Office pre-installed on the devices. This will come into effect post September 2016. You can read all the details of the deal in the press announcement below.

REDMOND, Wash., and BEIJING — May 31, 2016 — Microsoft Corp. and Xiaomi Inc. have expanded their global partnership to provide innovative user experiences on mobile devices. As part of the agreement, Xiaomi will ship Microsoft Office and Skype on Xiaomi Android smartphones and tablets. As a result, tens of millions of consumers and business customers in China, India and around the world will have new ways to work, collaborate and communicate. The companies’ new collaboration also includes a cross-license and patent transfer agreement.

“We are excited to be working closely with Microsoft on a broad technology collaboration partnership,” said Xiang Wang, senior vice president at Xiaomi. “As demonstrated by this agreement with Microsoft, Xiaomi is looking to build sustainable, long-term partnerships with global technology leaders, with the ultimate goal of bringing the best user experience to our Mi fans.”

“People want their favorite apps and experiences to work seamlessly on the device of their choice, and that’s exactly what this partnership offers,” said Peggy Johnson, executive vice president of Business Development at Microsoft. “Together with Xiaomi, we’re bringing the very best in mobile productivity to millions more customers in China and around the world.”

This agreement builds on the companies’ partnership with Windows 10 on Mi Pad and Microsoft Azure powering the Mi Cloud service. Partnerships with companies such as Xiaomi are central to Microsoft’s strategy to work with industry leaders around the world to meet the needs of joint customers.