TCL to launch home appliances on April 25 in India 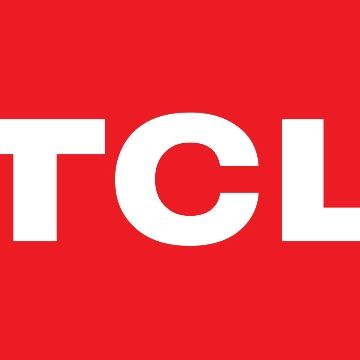 TCL has announced that it will launch a range of smart home appliances on April 25 in India. The home appliances include AC, Washing Machine, Refrigerator, Sound Bar, in addition to UHD Android TV powered by artificial intelligence.

Global television brand and a leading consumer electronics company, TCL revealed its plans of unveiling a complete range of intelligent home appliances in India. Driven with a vision of making life intelligent and following an India-first approach, TCL is gearing up to unveil its latest range of smart and innovative home appliances like AC, Washing Machine, Refrigerator, Sound Bar, in addition to UHD Android TV powered by artificial intelligence. Already an established leader in the TV and home entertainment segment, TCL is expected to further strengthen its position in India with the launch of cutting-edge home appliances.

The announcement also reaffirms TCL’s strong focus and expansion plans in the Indian market. With a view of winning the ‘heart’ of the nation, the brand had recently announced its partnership with Indian Premier League’s (IPL) Delhi Capitals as a sponsor. Also, in December last year, TCL had inaugurated its panel factory - TCL Industry Park in Tirupati, Andhra Pradesh, marking the brand’s first manufacturing unit outside of China. The 1st Overseas Integrated Industry Park in India will not only allow TCL to provide Indian-centric products at competitive prices but also create over 8,000 job, fuelling up the economic development of Tirupati region.

Speaking on the announcement, TCL India Country Manager Mr. Mike Chen, said, “India is home to a growing number of tech-savvy and digital users that demand more from the products that they use. Driven to make life intelligent through our products ranges, we are going to launch a range of innovative and affordable home appliances for our Indian consumers. At TCL, it has been our endeavour to follow an India-first approach, as reflected in our brand promotion strategy or the launch of our first-ever factory plant in India. We are affirmative that our latest range of products will resonate with the mature sensibilities of Indian users, providing them with smart home appliances that easily integrate the latest advancements in the field of artificial intelligence, Internet of Things, amongst others.”

TCL has unveiled industry-leading innovations through its prime focus on a customer-first approach. Instead of relying on the buzzwords, TCL studies the market requirements and innovate to offer cutting-edge technologies that daily users can easily adopt. Owing to its deep understanding of Indian consumers provided through an Indian-first approach, the brand has integrated AI-enabled Google assistance in its range of products. As part of the latest plans, TCL would be packing its competitive advantages in key areas like OLED printing technology, Quantum Dot display material and technology, and AI and IoT in the home appliances segment to make everyday life intelligent in India.

Soon after its national launch, TCL has emerged as one amongst the leading players in the Indian market. As per the Economic Times, TCL is ranked fifth in the Indian market, in terms of 2018 sales of televisions. With an envious product range that leverages industry-leading advancements in artificial intelligence and IoT, TCL is clearly a consumer favourite for various categories, such as home entertainment. Furthermore, the launch of innovative home appliances in the near future will further strengthen TCL’s position as a household brand for the Indian consumers. A Global leading Smart Technology Company, TCL is present across 160 countries and regions across the globe.