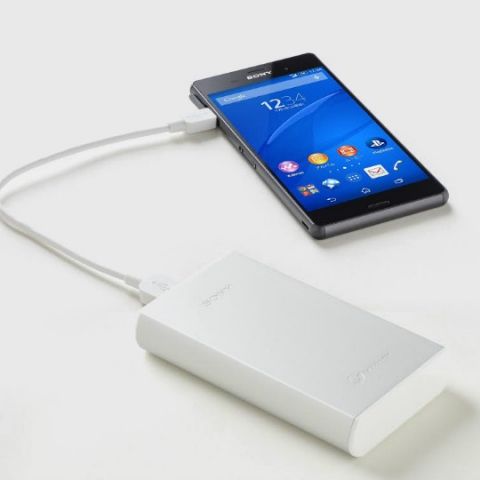 Sony has unveiled two new power banks with a capacity of of 15000mAh and 20000mAh. The two are priced at Rs. 5,100 and Rs. 7,500 respectively and will be available via  Flipkart from today, and from Sony Center, and major electronics stores from August 15. The powerbanks are manufactured using Sony’s Hybrid Gel Technology and the company claims that it can retain 90% of its capacity even after 1,000 charges. Further, the phone supports pass-through charging, which allows the power bank as well as the device connected to the power bank to be charged simultaneously.

Following its commitment to deliver best in class and consumer efficient products, Sony today launched the new 15,000mAh and 20,000mAh Power Banks. It can charge Multi- devices at the same time, with a maximum fast- charging output.

Supported with the Lithium-ion polymer, it supports pass-through charging – allowing the device connected to the charger and as well as the charger itself to be charged at the same time. The entire process can be completed while connected to an AC power supply.

Manufactured using Sony’s Hybrid Gel Technology, it commits to high quality and safety usage. Consumers can now carry multiple battery-draining devices and would never have to worry about gadgets running out of power. It can retain 90 per cent of its capacity even after 1,000 charges.

The newly launched products will be available exclusively on Flipkart from 15th July and in Sony Center and major electronic stores from 15th August.