The report addresses concerns about cyberbullying, the different symptoms parents see their children develop over time and how to take preventive measures against it.

Norton by Symantec (NASDAQ: SYMC), today released findings from the 2016 Norton Cyber Security Insights Report: Family Edition, which sheds light on parents’ perceptions of cyberbullying and the preventative measures they are putting in place to protect their children.

“Children today face threats beyond physical violence or face-to-face encounters,” said Ritesh Chopra, Country Manager, Norton by Symantec. “Cyberbullying is a growing issue and parents are struggling to identify and respond to this threat. A concern for many parents is that cyberbullying doesn’t stop when their child leaves school - as long as your child is connected to a device, a bully can connect to them.”

In addition to cyberbullying, parents’ chief concerns were that their children might: 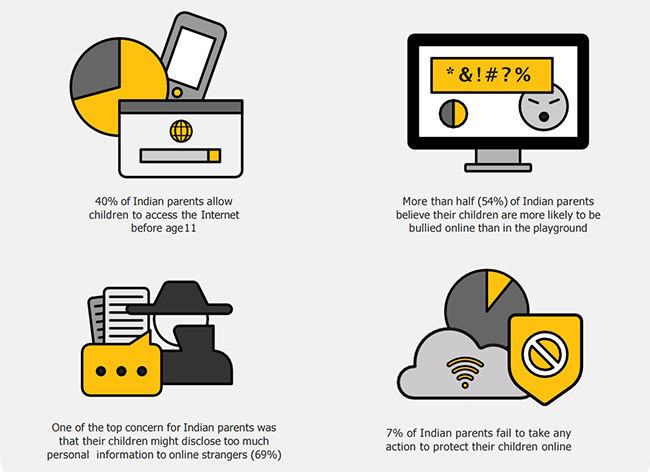 The Norton Cyber Security Insights Report: Family Edition shows that Indian parents are starting to recognize how damaging cyberbullying can be for children and are putting in place preventative measures. For example,

One interesting finding from the survey is that parents from countries, who had the strictest preventative measures in place also had the lowest incidence of cyberbullying. The survey also reveals that 7 percent of parents fail to take any action to protect their children online.

The Norton Cyber Security Insights Report indicates that only 17 percent of Indian parents reported their child was cyberbullied. While on the surface, this may seem like cyberbullying is not a problem, the reality is that many parents don’t know how to recognize the signs of cyberbullying, so the problem is likely under-reported. Additionally, many children choose to remain silent about cyberbullying due to a fear of losing access to devices and the Internet, or that parents will embarrass them or exacerbate the problem by contacting the bully’s parents or the school.

If you suspect or are worried about cyberbullying, the first step is communication. Cyberbullying is a sensitive subject, and starting a conversation can be difficult. 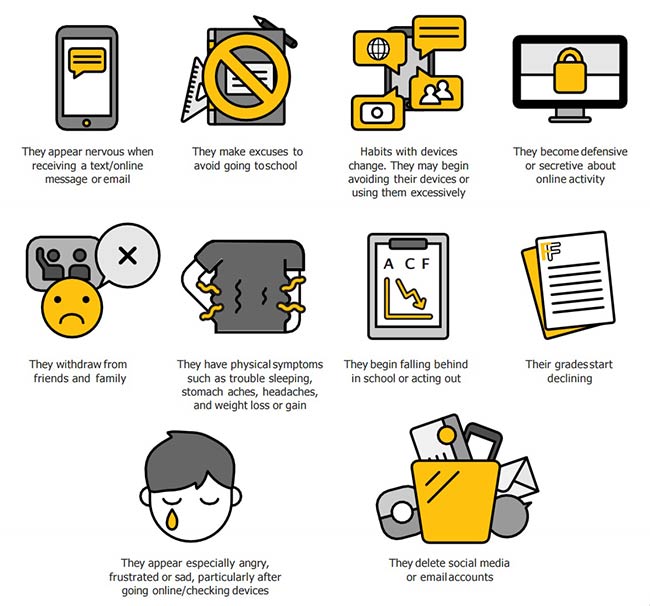 Some of the signs that indicate a child is being cyberbullied include:
They appear nervous when receiving a text/online message or email
Habits with devices change. They may begin avoiding their devices or using them excessively

To learn more about cyberbullying signs and tips to start an open conversation that is easier for both parents and children, visit here.