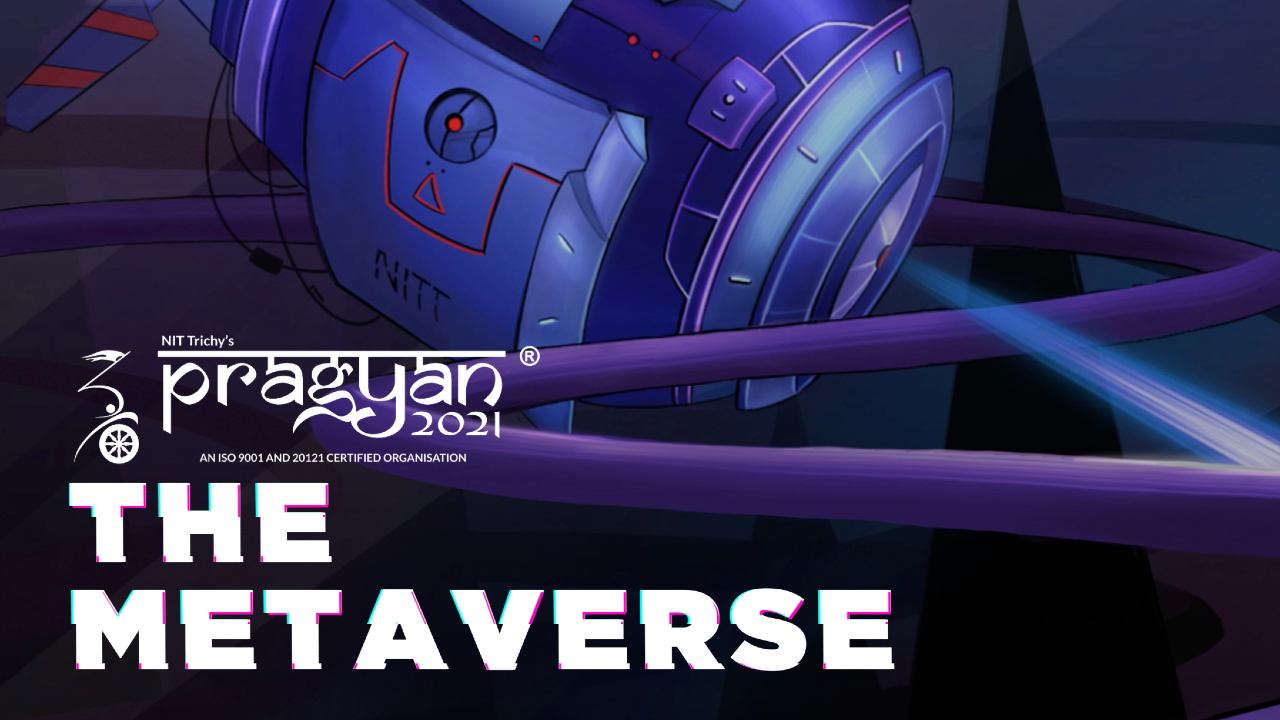 NIT Trichy has announced that its annual international techno-managerial fest, Pragyan is set to kick off this month. The event is scheduled to start on March 25, and go on till April 11. The event will  have about eight clusters of events, with different events under them. The 2021 edition of Pragyan will also see the first online edition of Guest Lectures. Besides this, there will also be a virtual iteration of the event’s annual panel discussion, Crossfire.

Pragyan is an ISO 9001 AND 20121 certified annual international techno-managerial fest of NIT Trichy. It is one of the biggest festivals in the country which hosts and showcases the talent of students from various colleges across the nation, since its inception in 2005. Pragyan is acclaimed for the diverse experiences and opportunities it offers for technology enthusiasts.

In the past 10 months, Pragyan ‘21 organized a plethora of events and took social initiatives. Some of them were GyaanE, Pragati, Career Compass, Young Techie and iCitizen.

The social responsibility wing of Pragyan conducted ‘GyaanE’, an interactive virtual event to engage with the young teenage minds of SOS Children’s Village, Bhopal. The session served to be extremely fruitful for the students, filled with exciting activities and motivational lectures. The event was wrapped up with a valuable career guidance session.

Pragyan in association with Mindlake Analytics conducted ‘Pragati’, a free full-length mock JEE Main exam. Experienced evaluators then assessed their answers and provided each student with a detailed analysis of their results.

To help out students in choosing a suitable career, Pragyan ‘21 conducted Career Compass, a free day-long career guidance event. Participants were given the opportunity to take a psychometric test and were provided with a detailed analysis and instructions on how to perceive the results on the very same day.

Pragyan conducted the second edition of Young Techie. All students from class VIII to class XII were invited to submit their project abstract in approximately 200 words. The finalists were decided based on the quality of the entries received, and they also availed the opportunity to attend a four-week long project development program, under the mentorship of the technical clubs of NIT Trichy.

Pragyan knew how important it was to stay up to date on your rights and services. To make this easier for you, Pragyan introduced iCitizen, an initiative taken in an effort to bring to you essential knowledge and information on various government and other crucial services, like PAN and insurance.

Pragyan ‘21 also conducted Backstage, a live infotainment series where experts in VFX, animation, and other fields talk about the incorporation of technology in entertainment. We hosted Pete Michels is a renowned Emmy-winning animation director and his most notable works include Rick and Morty, The Simpsons, and the Family Guy.

We also had a live session with Wahid Ibn Reza who has worked on HBO’s Game of Thrones, Rick and Morty, Hotel Transylvania 3: Summer Vacation, and the Oscar-nominated Doctor Strange.

Next Backstage episode saw Gaurav Sundararaman, a senior cricket analyst who has over 12 years of experience in multiple domains of cricket. He is well-known for developing data-driven analytics and strategies to improve the performance of teams in the IPL.

Pragyan also successfully observed the Space Week from 4th to 10th October ‘20 with special events like Cosmic Canvas (a graphic design contest), What If (an abstract/theory submission event), Space Riddlers and insightful guest lectures by Dr. B.N Suresh, the Chancellor at IIST Thiruvananthapuram, Dr. V. R Lalithambika, the Director of the Directorate of the Human Space Program at ISRO and Dr. David Reitze, the Director of the LIGO Laboratory.

We conducted two virtual hackathons, the Pragyan Hackathon with exciting domains like Automotive Sector, Climate Change and Women Safety on the 16th and 17th January 2021 and the Fusion Hack, a one-of-its-kind 30-hour hackathon conducted exclusively for college students, to ideate, innovate and provide implementable proposals in the domains of CAD Design and PCB design, in association with Autodesk, Inc. on the 27th and 28th February 2021.

Virtual exhibits were also a highlight of Pragyan ‘21. Jonathan Tippett, from Vancouver, Canada, has always been fascinated by the dynamic between humans and machines. This is what led him to design and build the largest tetrapod exo-skeleton, which he named “Prosthesis” and demonstrated over a live session. We await more of such exhibits in the coming days.

Pragyan ’21 is scheduled to happen from the 25th of March to the 11th of April. With the fest being conducted virtually, a list of events, workshops, guest lectures, panel discussions and many more are to be witnessed.
There are about eight clusters of events, with different events under them that have been planned out. Bytehoc, Conception, Concreate, eWitts, Manigma, Pandora’s Box, Phronesis, and Roborex are the clusters for this year’s fest. The events include Pragyan Premier League, Circuitrix, Town Trace, Sherlocked, Code Wars, among many others.

Workshops by practicing professionals in both the managerial field, and technical field will be conducted. Animation Software, Electric Vehicles by Mahindra, Six-Sigma Yellow Belt and, Data Analytics are among the lined-up workshops.

This year will see the first online edition of Guest Lectures. With topics like innovation & self-sustenance, cybersecurity, next generation antibiotics, Artificial Intelligence, Augmented and Virtual Reality and their role in the coming future and much more, Illumináre, the online lecture series, is sure to nudge your curiosity.

Crossfire, the annual Panel Discussion, with its virtual iteration seeks to address the dilemma that has been pertinent since last few months - The Social Dilemma. Though social media served as the only platform of communication during the pandemic, it’s ugly sides have become too glaring. Administrations of various nations have taken note of this and various draft policies are being brought into play to regulate it. Will that be sufficient? Is it ethical to allow only a few corporations to control the world through algorithms behind the black boxes? Stay Tuned for the Crossfire ’21.