Microsoft has launched a Cricket widget for Android devices, and users can now experience live cricket action with Microsoft Launcher. This widget updates scores automatically and gets live cricket scores whenever a user unlocks the phone.

Microsoft today released a new widget on its Microsoft Launcher for Android devices to enable live cricket action on the phone home screen. This widget updates scores automatically and gets live cricket scores whenever a user unlocks the phone.

Cricket widget launched exclusively for Android users in India is available with Microsoft Launcher. Cricket enthusiasts can now stay top of all action without having to open sports apps or search various websites for latest scores.  This widget also supports multiple matches by enabling a user to follow two matches simultaneously. Users can customize the widget by choosing their favorite team.

Existing Microsoft Launcher users can add this widget by clicking on ‘Add Widgets’ page at the bottom of ‘Feed Settings’ or pinch on the home screen and select the cricket widget. 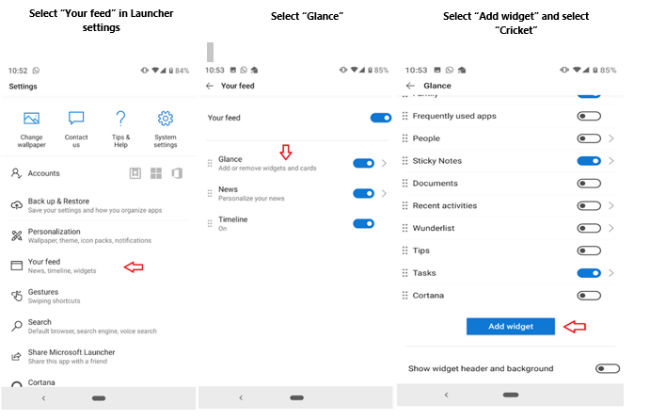 Launched in October 2017, Microsoft Launcher (QR code on the right) enables users to personalize their home page with wallpapers, exciting themes from Bing. The users can also get a personalized news experience in all major Indian languages. Microsoft Launcher works seamlessly with all Microsoft apps, and enables quick access to calendar, to-do lists, sticky notes and timeline.