The MT8581 is aimed at home entertainment systems, the MT2523 is designed for wearables, while MT7697 is an IoT bridge 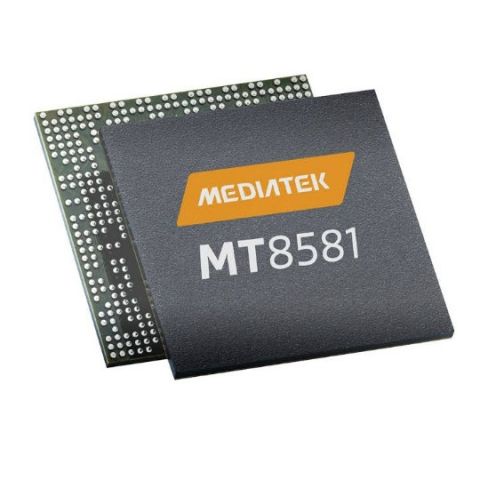 MediaTek has launched three new SoCs at CES 2016 with the aim of offering better experiences for consumers across all platforms. The MediaTek MT8581 is aimed towards home entertainment systems and is the world’s first Ultra-HD 4K Blu-ray player SoC with High Dynamic Range. The MediaTek MT2523 is designed for wearables and it’s the first to combine a high-resolution mobile screen, dual-mode Bluetooth and GPS. The MediaTek MT7697 is an IoT bridge that connects smart gadgets and appliances to tablets, smartphones and the cloud.

It all starts with screens. How that information we view daily – on our TVs, mobile handsets, tablets or variety of other devices – is displayed.
To deliver on its promise of making displays the best they can be, MediaTek is introducing three new SoCs at CES 2016. This trio of SoC’s create better experiences for consumers across all platforms and deliver better connectivity to the world around them.
Home Entertainment – MT8581 is the world’s first Ultra-HD 4K Blu-ray player SoC with High Dynamic Range; a revolutionary viewing experience similar to the leap from VHS to DVD
Wearables – MT2523 is the world’s first SoC that combines a high-resolution mobile screen, dual-mode Bluetooth and GPS, with industry-leading power efficiency.
IoT / Connected Home – MT7697 is an IoT bridge that will connect smart gadgets and appliances to tablets, smartphones and the cloud

Demos of the new SoC’s will be available at The Venetian, level three, Toscana 3610.

“Our intention at this year’s Consumer Electronics Show is to showcase a group of SoC’s that will truly impact the way consumers use their devices, said MediaTek Chief Marketing Officer, Johan Lodenius. “The MT8581, MT2523 and MT7697 will each bring new features to home entertainment, wearables and IoT/connected home that were not possible before.”

MediaTek’s past, present, and future is in designing leading display technologies, regardless of consumer device. With a deep heritage in multimedia technology – and reputation as an industry leader in DVD, TV, audio, and phones -- the brand is taking that expertise and applying it to forward-looking formats like IoT, wearables and more.

MediaTek is also in the midst of immense growth and innovation as we head into 2016.
MediaTek continues to lead the industry in home entertainment as the top global chip provider in digital TV and third in the world for in Wi-Fi. The company is leading in market share for Blu-ray players.
MediaTek currently ships 1.5bn units per year for mobile, tablets, and TVs. We project the global market for SoCs to reach tens of billions of units by 2020 with the addition of IoT significantly amplifying shipments.

With support for industry standards, such as Apple Home Kit, MediaTek is expanding opportunities for developers to build connected home software. MediaTek MiraVision™ is behind leading display technology in everything from TVs to smartphones and powers the upscaling to 4K and the HDR display.
“2015 was a banner year for the MediaTek brand that saw further expansion of our global footprint and we plan to build on that momentum in 2016,” said Lodenius

MediaTek MT8581
The MediaTek MT8581 can support Blu-ray, DVD and CD playback, including the latest BD-ROM format, such as BD-Live and BonusView. It will allow consumers to both scale up to 4K from DVD and scale down to a non-4K screen to accommodate both legacy and cutting-edge screens and discs.  It features HEVC, H.264 and VP9 4K 60p video decoder for 4K (3840x2160) video content and also MPEG-2, VP8 and VC-1 2K 60p video decoder for legacy 2K (1920x1080 video content). For audio decoding, it has capabilities for Advanced Audio Coding (AAC), Dolby Digital, Dolby Digital Plus, Dolby TrueHD, DTS, and DTS-HD master audio, via multi-format decoding, that can support high quality audio streaming.