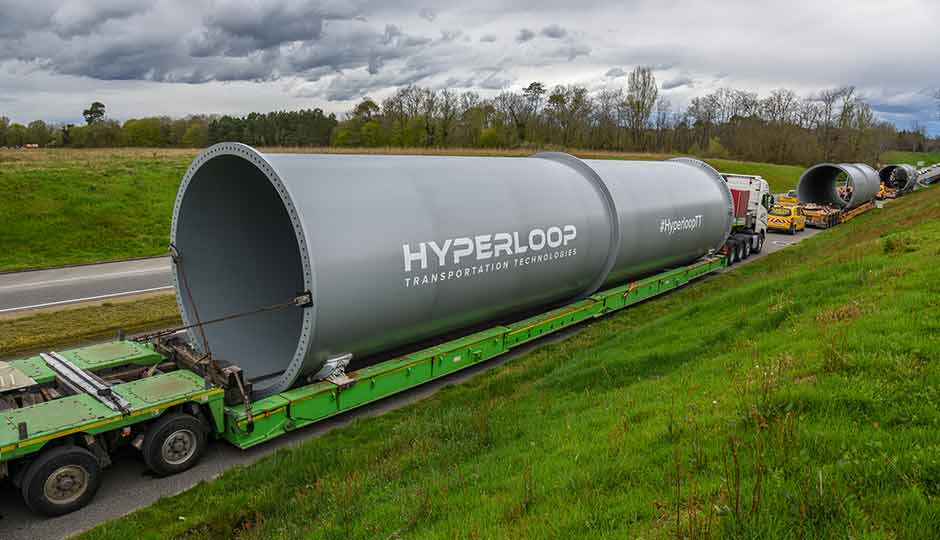 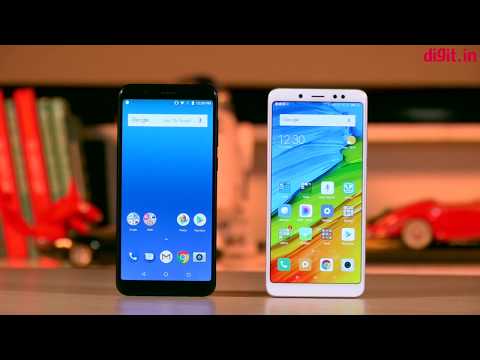 The Hyperloop Transportation Technologies (HTT) team presented their pre-feasibility study to showcase the possible routes for India's first hyperloop system. HTT has proposed two alternative routes between Amaravati and Vijayawada. This route will be part of the entire project comprising of three phases where the previously mentioned route will make up phase I and II. The third future phase will comprise a corridor connecting Anantapur-Amaravati-Vijayawada and Visakhapatnam.

HyperloopTT has associated with Aarvee Associates of Hyderabad to prepare the pre-feasibility and feasibility studies.

HyperloopTT has proposed setting up the Hyperloop Transportation system connecting Anantapura-Amaravati-Vijayawada and Visakhapatnam as part of (around 700-800 kilometre) integrated Public Transit system. The entire project is conceived to be implemented in 3 phases. In Phase I&II, a commercial Hyperloop System between Amaravati and Vijayawada will be built. In Phase III, a commercial Hyperloop System covering either northern or southern section of the vision corridor connecting Anantapur-Amaravati-Vijayawada and Visakhapatnam will be built. However, Phase II & III are interchangeable and can be implemented at the same time. The Phase I alignment will be located in either Amaravati or in Vijayawada city running East-West on a 5-10km straight section to showcase the benefits of the system to the stakeholders and the general public. 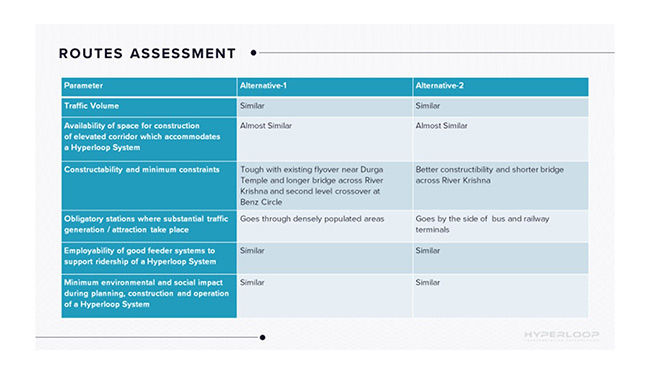 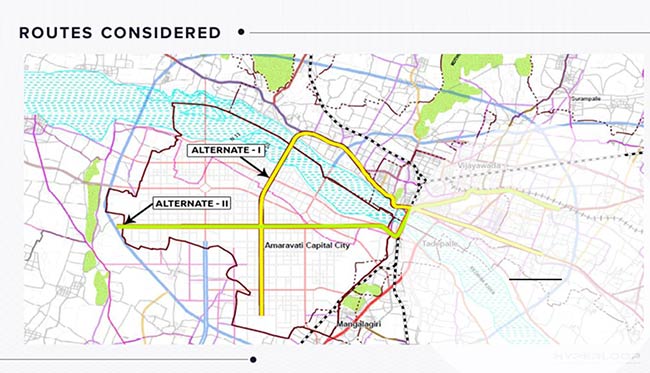 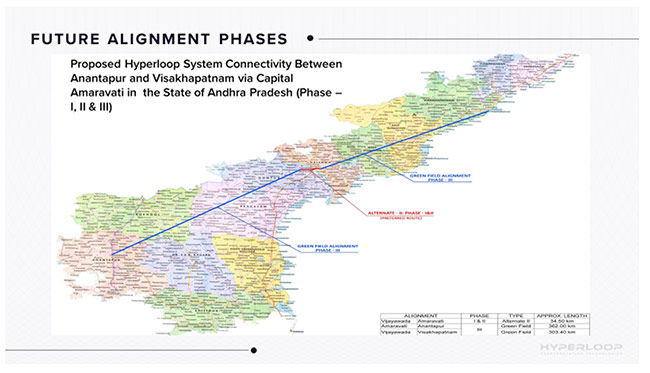 HTT has also proposed setting up a manufacturing complex that will focus on several aspects of the Hyperloop TT project, such as; building the Tube, capsule, the track and 3D printing.

Speaking on the pre-feasibility report presentation, Shri. Ajay Jain, Principal Secretary, Energy Infrastructure and Investment Department, said, “The proposed capital city of Amaravati would house 3.5 million people and create 1.5 million jobs. The plan also proposes 9 theme-based cities within the capital city to serve as the hub of activities serving unique functions and employment generation along with complementary functions. Given the population of 3.5 million people, the total travel demand for the city is estimated to be around 4 million motorised trips by 2050. In addition, 10% of these trips will be commuter trips to other parts of AP. Another 10% of trips will come from floating population who travel into the city for various purposes. These totals to approximately 800,000 daily commuter trips. To support this requirement, there is a need for a sustainable high-quality robust mass transportation system”

Shri. J Krishna Kishore, CEO, Andhra Pradesh Economic Development Board, further added,” The Government of Andhra Pradesh has tasked the Economic Development board (APEDB) to accelerate the inclusive economic growth of Andhra Pradesh and make the state an example of sustainable modernisation and economically competitive on the world stage. We are currently evaluating future-ready technologies that will aid us in achieving the same. We appreciate the pre-feasibility presentation made by Hyperloop Transportation Technologies and look forward to the feasibility study”

Mr Bibop Gresta, Chairman & Co-founder concluded the presentation by saying, “The Hyperloop TT system is an emerging form of an ultra-high-speed ground transportation system that moves people and freight. By undertaking this project, Andhra Pradesh and India would signal their desire to create a globally competitive region fuelled by ultra-high-speed mobility that is environment positive, energy efficient and sustainable. HyperloopTT designs its systems to generate revenue and create employment opportunities and does not depend on costly government subsidies, unlike other transportation systems. We are thankful to the government of Andhra Pradesh to have given us this opportunity and thrilled to present the pre-feasibility study that provides a high-level overview of the Hyperloop TT system compiled on local information and data. The report will help the government assess its next move into the next phase of a full HyperloopTT feasibility study”.