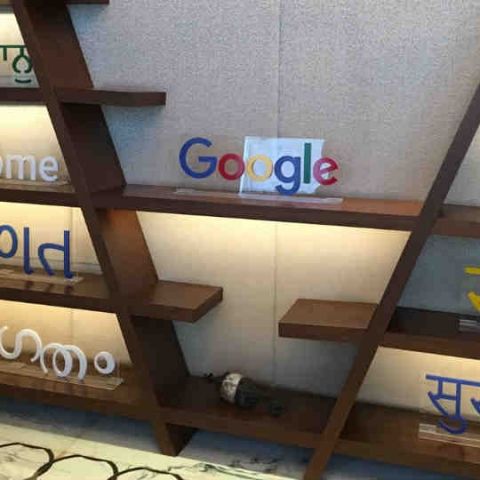 Today, at the second edition of its signature Google for India event, Google announced five new products that are adapted for and aimed at expanding access to the Internet for users in India. This includes new products built for specifically for India — YouTube Go, the Google Assistant in Hindi inside messaging app Allo, faster browsing for Google Play on 2G connections — as well as new, global platforms inspired by the needs of Indian users — the Google Station Wi-Fi platform and new data-saving features in Google Chrome for mobile.

Caesar Sengupta, Vice-President, Next Billion Users, outlined the three areas where Google is working to provide a better and more inclusive online experience for users in India: Access (connecting people to the Internet), Platforms (letting people and developers share through and build upon the Internet), and Products (providing better and more relevant Google experiences for Indians).

Defining the strategy he said, “Our goal has not just been to help more Indians get online — but also to help Indians create the online experience they want; one that serves their needs and enables them to have an impact on the entire world. So we have been thinking about how to build products and services for this wave of new users — products that work for any level of connectivity, in local Indian languages, and across the devices that are most frequently used in India.”

Present on the occasion and making the announcement in addition to Caesar Sengupta were John Giannandrea, Senior Vice-President, Engineering who looks after Search; Johanna Wright, Vice-President YouTube and Rahul Roy-Chowdhury, Vice-President Chrome. Rajan Anandan, Vice-President, South East Asia and India, opened the event with an update on Google India’s progress to date.

During the announcement for You Tube Go — a new YouTube mobile app reimagined for the next generation of YouTube users — Johanna Wright, YouTube Vice-President for Product Management, shared, “YouTube Go is a brand new app to help the next generation of users share and enjoy videos. YouTube Go was designed and built from the ground up with insights from India, in order to bring the power of video to mobile users in a way that is more conscious of their data and connectivity, while still being locally relevant and social. YouTube Go not only allows users to save and watch videos smoothly even in poor connectivity, it also gives them transparency and control over how much data they consume on videos, allowing them to preview videos first and choose the video’s file size before they save it offline to watch later. They can also share videos easily with friends and family nearby, without using any data at all.” 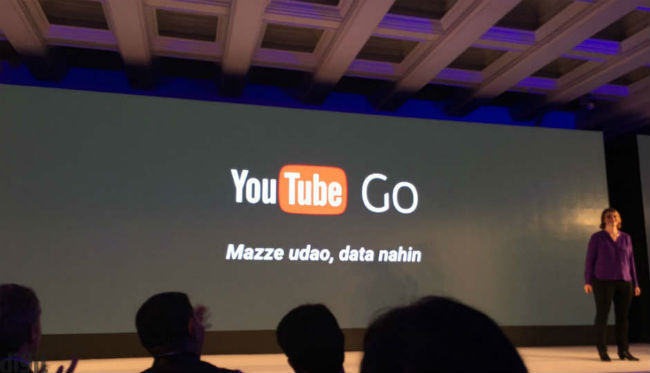 Soon testers in India will be able to use YouTube Go before the the product becomes more widely available. If you'd like to be among this first group, or to find out when the app is ready for launch, please sign up at youtubego.com/signup.

John Giannandrea, Senior Vice-President, Search, talked through the improved support for more Indian languages in Google products and the evolution of Search to meet the needs of mobile users. Amit Fulay, Group Product Manager, announced that a preview of the Google Assistant will be launched in Hindi by the end of 2016 inside the brand new Allo messaging app. The Google Assistant lets users have a conversation with Google, which can help them get things done.

Inspired by the success of the partnership with RailTel and Indian Railways to provide Wi-Fi at railway stations in India — with 50+ stations now providing high-quality Internet to 3.5 million people each month — Caesar Sengupta announced a new Wi-Fi platform called Google Station. This new platform will work with partners to roll out Wi-Fi hotspots, offering carriers, system integrators (SIs), and venues an easy way to set up high-quality, user-friendly Wi-Fi. This will provide more people in India and around the world fast, reliable, and safe Wi-Fi in more of the places where they spend time, like malls, transit stations, and cafes. 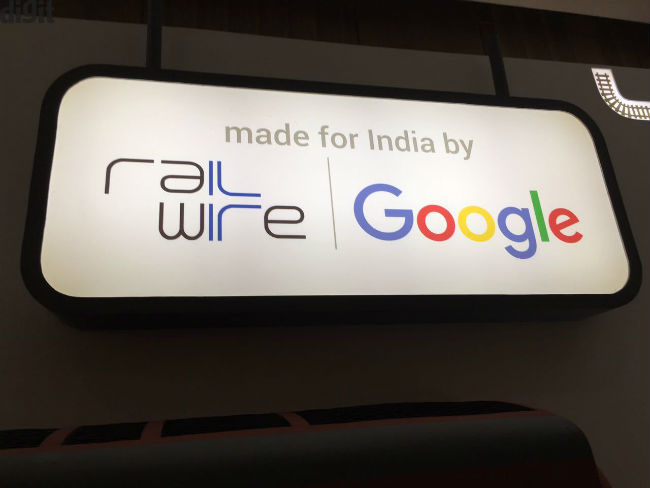 Further details about Google Station are available on station.google.com.

Fast browsing launches today as an experiment exclusively to Play users in India.

Rahul Roy-Chowdhury, Vice-President, Product Management, Chrome announced a group of tailored features for Chrome that make the web a better place for mobile users facing data constraints. Data Saver mode — which reduces the amount of data Chrome uses on Android mobile devices, computers, and Chromebooks — will now support MP4 videos, saving up to over two-thirds (67%) of video data. Chrome on Android will now also automatically optimize pages to their essentials when 2G-like networks are detected. These simplified pages load up to 2X faster, saving more than 90% of data usage.

Chrome on Android's new Download feature will now allow users to save web pages, videos, music, or pictures. Downloaded items can be easily accessed in Chrome's new downloads tab, even when offline. And if users go offline before the download is complete, the process will automatically resume next time they’re connected.

Rajan Anandan, Vice-President, India and South East Asia, set the agenda at the start of the event by outlining all of the efforts by Google to give all Indians access to the Internet. He talked through initiatives that have happened in India since the last Google for India event in December 2015, including the success of its Wi-Fi offering in partnership with Railtel and its efforts to overcome the gender divide by training women across rural India on how to access and use the Internet. In partnership with Tata Trusts, Google has already trained over a million women across ten states.

Anandan also talked about the plans to train two million mobile developers on Android, revealing that over 120,000 students have already enrolled in the Android Fundamentals course, and by next college semester, 200,000 engineering students will be learning how to develop Android applications. Google is also funding the installation of Google Developers Codelabs at major State Technical Universities in India.

Anandan noted, “Our vision is to make India a global hub of innovation and produce high quality mobile developers who will build not just for India but for the world.”