Xiaomi Mi Band 5 to launch on June 11 in China. The new wearable is tipped to feature blood oxygen detection, larger screen and NFC support. It is expected to offer support for Alexa as well 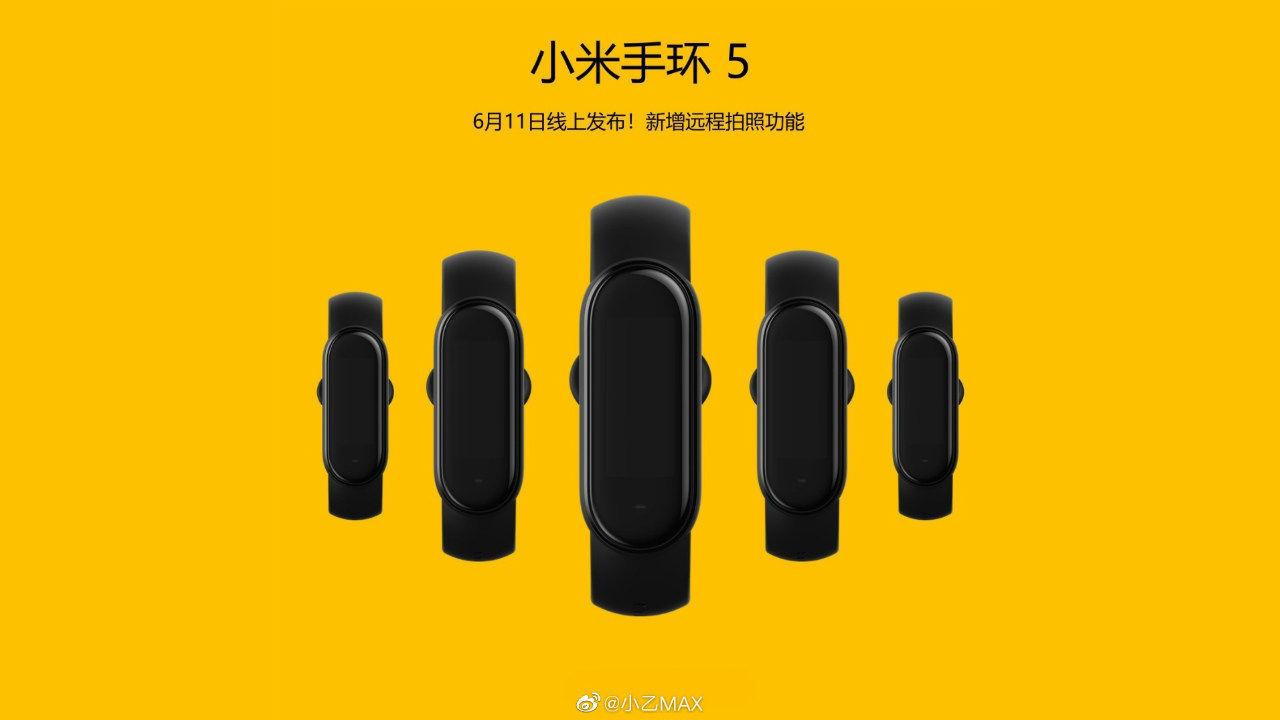 It looks like Xiaomi will be unveiling a new version of its Mi Band wearable in China next week. Unimaginatively called the Mi Band 5, posts detailing the upcoming device have started popping up on Chinese social media platform, Weibo. These posts pretty much confirm that the new wearable on June 11.

Details of the new wearable aren’t quite clear yet, but other posts on the platform suggest that the new wearable will offer blood oxygen level detection, a larger screen, narrower borders, as well as support for NFC. It is also tipped to offer support for Amazon Alexa and add a button to remotely take a photo from the connected smartphone.

Of course, Xiaomi is hosting another launch event in India on June 11. However, the is for the launch of its laptops in the country, which will be a first for the Chinese brand. According to reports, the laptop will be called the Mi Notebook and is expected to be a rebranded version of the RedmiBook 13 laptop. This laptop packs a 13.3-inch Full HD display and a 178-degree wide-viewing angle. It is 16.3 mm thin and weighs around 1.23 kilogrammes.

In China, the laptop comes in two variants, one with a 10th gen Intel Core i5-10510U processor another with a 10th gen Intel Core i7-10510U chipset. This is paired with 2GB NVIDIA GeForce MX250 graphics along with 8GB DDR4 RAM and 512GB SSD storage. The RedmiBook 13 sports a chiclet keyboard with a 1.3 mm keystroke travel along with Microsoft PTP supported trackpad. It comes with two USB 3.1 ports, an HDMI port and a 3.5mm headphone jack.