Almost everything about the Realme Watch has been leaked

A massive leak dump has revealed almost everything about the Realme Watch including the design and features. 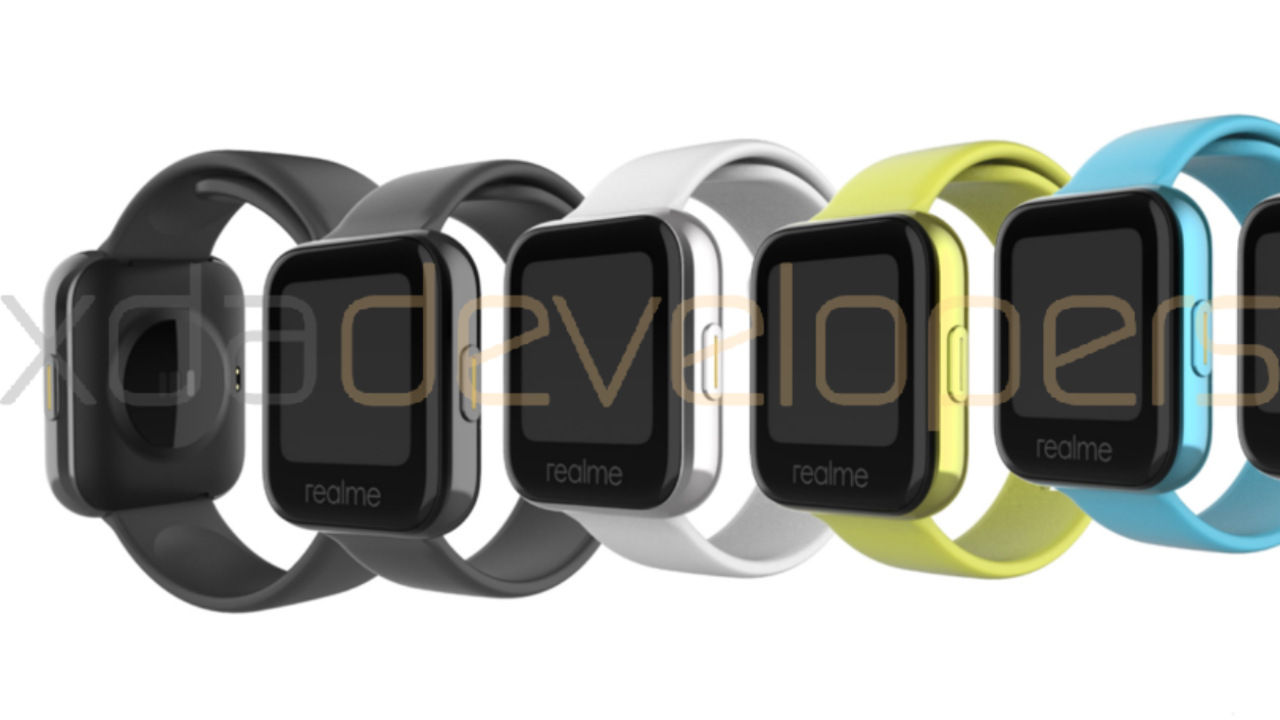 Almost everything about the Realme Watch has been leaked

Realme has been pivoting beyond smartphones and becoming a tech-lifestyle brand this year. Realme launched truly-wireless earphones, a smart wristband and there’s even a TV on the cards. Realme CEO Madhav Sheth was also spotted wearing what looked like an Apple-Watch clone, and could very well be Realme’s next wearable device — The Realme Watch. Its existence is no secret, with a recent video even offering a glimpse of the smartwatch. But nothing more was officially revealed.

Now, a big leak originating from the XDA Developers forums gives more than just a glimpse of the Realme Watch. XDA member @deletescape obtained renders of the Realme Watch, which reveals the upcoming smartwatch looks familiar but has its own quirks.

The renders show the watch has a square panel with rounded corners and thick bezels. The Realme branding is at the bottom bezel and there is a single push button on the right. You can also spot the charging pins on the watch on what appears to be hard polycarbonate backplate.

The leak also gives us some specs of the watch. The Realme Watch will come with a 1.4-inch TFT LCD touchscreen display with 320x320 resolution and a 160mAh battery with 7-days of claimed battery life with 24-hour heart-rate monitoring. The watch will also be IP68 certified and will have Bluetooth 5.0 support. No onboard GPS though, but you do get a heart-rate and a blood oxygen level sensor.

Interestingly, the Realme Watch will skip Android Wear OS for its own proprietary OS with the closest equivalent being the Amazfit Blip, according to XDA Developers. The physical button, like in most smartwatches, will be used to lock and unlock the device and also help in navigating around the UI. The leak claims you can only store data for 7 days without connecting to a phone.

There will be a total of five preloaded watch faces, but there may be more options offered later via the companion app. There’s no word as of now whether third-party watch faces will be supported. The watch will come with the standard suite of functions including activity tracking, step count, heart rate and blood oxygen level monitoring. You will get notifications, weather reports, stopwatch and alarm functions and a Find My Phone feature.

The leak reveals the Realme Watch will be able to detect 15 different kinds of workouts including running, walking, swimming, outdoor riding, aerobic capacity and more. Other interesting features include music playback controls, and the ability to use it as a Bluetooth camera shutter button.

A big USP of the Realme Watch, as revealed by the leak, could be the support for Hindi in the UI which can make a key difference in tier 2 and tier 3 markets in India.

While the leak mostly reveals everything about the upcoming watch, we still don’t know when Realme plans to launch the smartwatch in India. The name Realme Watch is also not confirmed. Furthermore, because of the ongoing lockdown and uncertainties ahead, it remains to be seen when Realme announces the smartwatch.

In a video interview with Digit.in, Madhav Sheth, Realme India CEO, said the company’s plans are still very much the same despite having lost half a quarter in the year already. He said there has been no change in the roadmap for this year which indicates things like the Realme TV and the Realme Watch are still very much on the cards for launch this year. Perhaps, Realme will target the festive season to launch these products.