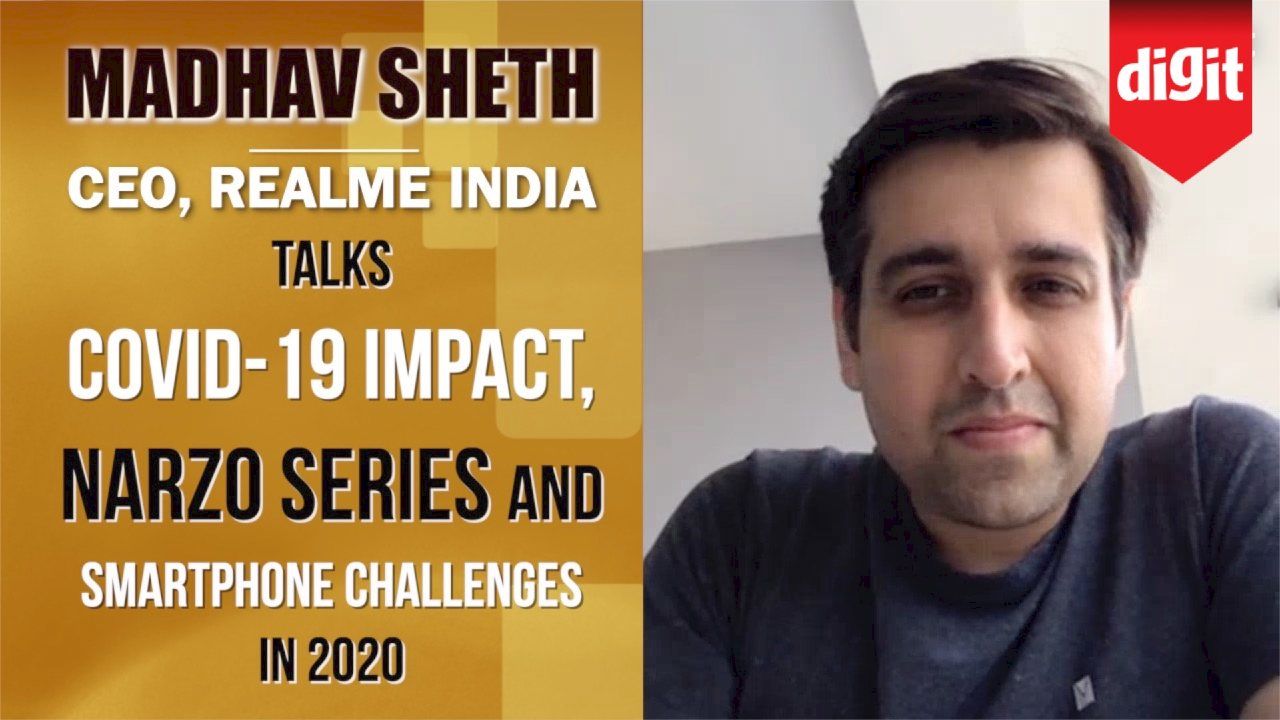 We spoke to Madhav Sheth, Realme CEO about the COVID-19 impact on Realme and came out with some interesting, exclusive answers.

The lockdown may have dampened your spirits, but Realme CEO Madhav Sheth is still going strong. In a one-on-one video interview with one of the most popular faces in the smartphone industry, Digit.in learnt about his hobbies, his plans for Realme this year and dropped some exclusive information in the midst of it all.

The video interview conducted on Skype went down with Madhav talking about how he has been spending his time during the lockdown. Did you know he plays the guitar and loves Bryan Adams? But on a more serious note, his 2020 roadmap for Realme hasn't really changed despite the company having now lost almost half a quarter in the year and only have around 320 days to go ahead with the plans.

Yet, Madhav said that Realme's plans of expanding with a TV, smartwatch and the likes are still very much in the pipeline and have not been pushed back to 2021.

Madhav also spoke about how the smartphone space will see some big chances post lockdown. With an economic slowdown on the cards, Madhav believes consumers will treat devices more as utilitarian than lifestyle with say, the specs taking more precedence over the design. However, he believes the average selling price of smartphones will remain the same in India.

Do watch the full interview in the video posted above for more info.