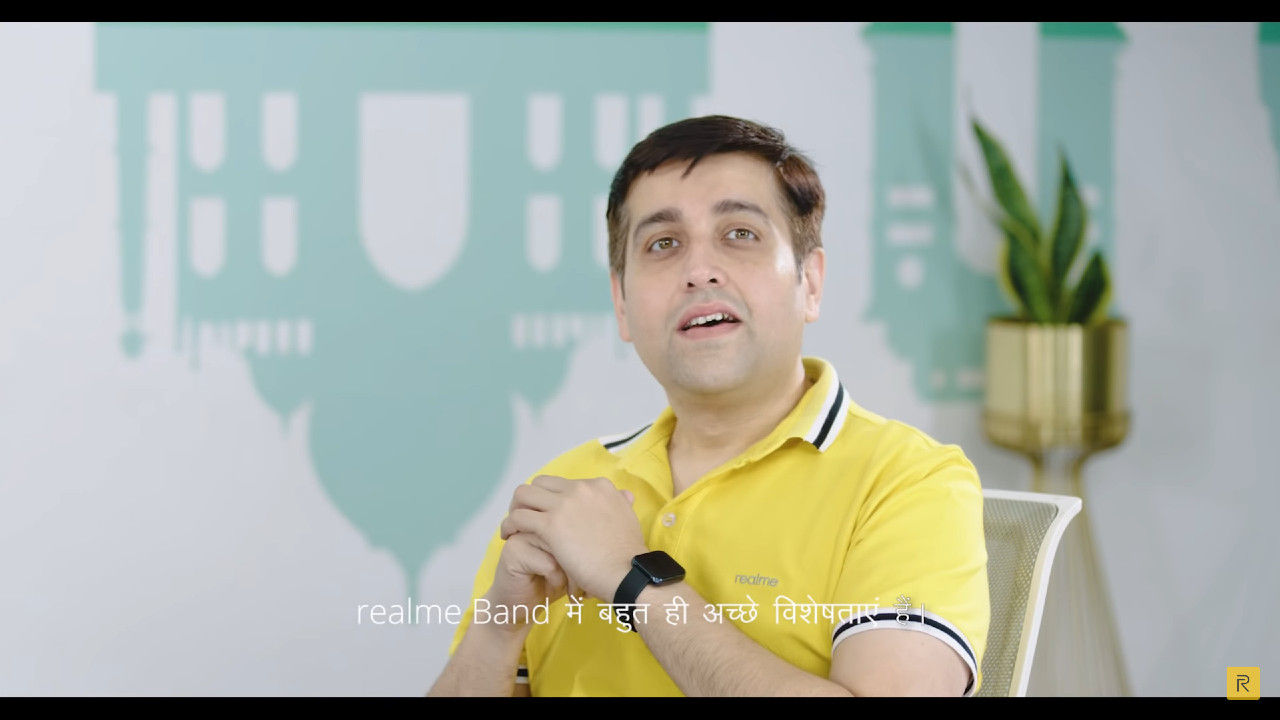 Realme CEO Madhav Sheth has a penchant of showing off unreleased Realme products in his public appearances. This time around, Sheth was seen wearing an unreleased smartwatch during an #AskMadhav session on YouTube where the Realme CEO answers questions from fans.

Sheth also spoke about upcoming products from Realme including a purple colour variant of the Realme 6 Pro which had surfaced online previously. Sheth essentially confirmed its existence. The variant is called Lightnirealng Purple and will be coming soon to the markets.

In the same session, Sheth also said the Realme Band will get more straps with different colours and designs. Realme also plans to bring more watch faces and possibly a music control feature.

Sheth further confirmed Realme is working on a Bluetooth Speaker as another product from Realme that’s in the pipeline. Realme jumped into the accessories bandwagon this year and started calling itself a tech-lifestyle brand. The company also launched its Airpods-lookalike called Realme Buds Wireless and fitness tracker called Realme Band.

Throughout the session, Sheth was seen wearing an unreleased smartphone which a lot of folks are saying is the upcoming Realme smartwatch. 5 minutes 35 seconds into the session, we get a close up look at the watch. It does look like any other square-shaped smartwatch, possibly crafted after the Apple Watch. He did not divulge any details about the product during the session.

Apart from this, Sheth spoke about the new Narzo series, claiming the devices will offer best in class performance and battery endurance in their price segments. The Narzo series launch had to be called off because of the nationwide lockdown imposed by the Government of India to tackle the spread of coronavirus.