As per the media invite sent by Nubia, it will unveil its Alpha smartwatch at the upcoming event. 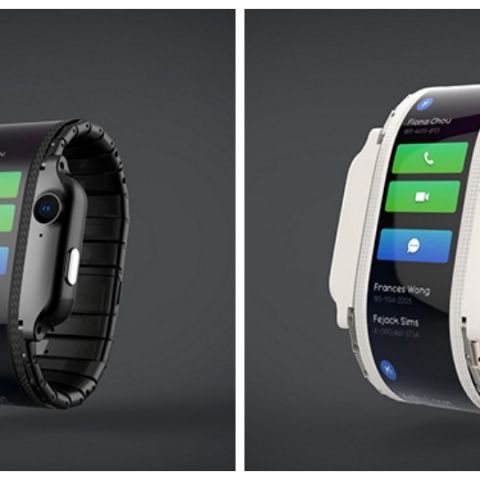 The ZTE sub-brand Nubia recently sent out teasers hinting at the launch of a new device, which will be showcased at the upcoming MWC 19 event. Now, the company is sending out launch invites for its event, which basically confirms that it will showcase its Nubia-α (Nubia Alpha) wearable at the event. The device was first showcased at IFA 2018. The invite sent by Nubia reads “Flex Your Life” with a big alpha symbol in the middle and a curved display below it. While the previous teaser by the company didn’t reveal anything, rumours sparked on the internet about the company announcing a new foldable phone at MWC 2019.

As mentioned earlier, the ‘Nubia Alpha’ smart wearable was showcased at IFA 2018 as a prototype. It features a bendable display and the device itself wraps around one’s wrist with its screen bending from the top and bottom. The company didn’t release any details regarding the device like what kind of display it comes equipped with, or what processor it runs on. As per The Verge, the device might cost the same as a smartphone, which means that the company might be looking to launch the wearable device as a viable alternative to a smartphone. The final product is expected to look different than the showcased prototype and it remains to be seen whether it will leverage the Android OS or if it will run on the company’s own custom operating system.

Speaking of bendable displays, Samsung has confirmed that it will launch its foldable phone on February 20, alongside the Samsung Galaxy S10 series. What the company will name its foldable device is still not clear since it was previously thought to be called the Galaxy Fold. However, tipster Ishaan Aggarwal recently tweeted out that the phone could be called the Galaxy Winner and its product page will also be live after it is announced. Alongside Samsung, Huawei, Energizer, and possibly Xiaomi are two other phone makers that will be unveiling their foldable phones at MWC 2019.