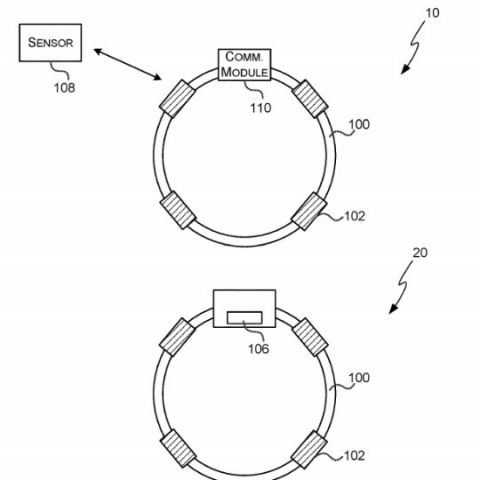 Microsoft has just been granted a patent titled "WEARABLE DEVICE" which was first filed for by the company in June 2017. The patent shows and describes a wearable device with an array of movable actuators around it. The combination of actuators and sensors on the device could be used to control or stabilise involuntary limb or joint movements that are typical of diseases like Parkinson’s.

The patent application further notes, “Described herein is a wearable device which uses haptic actuation for therapeutic stimulation and in various examples, the wearable device may be word close to a joint and used to affect (eg reduce or stabilize) involuntary movement of the joint or limb. The wearable device described herein may be used to alleviate some symptoms of a condition which affects motion or control of the limbs and one example is Parkinson’s disease.”

Every year, tech companies file multiple hardware patents, not all of which result into actual products. We are not sure if Microsoft will ever launch this wearable since the last one it did was back in 2015, after which the company has mostly been silent on this front.