The Fitbit Versa is a fitness centric smartwatch that lets female users track their menstrual cycles, along with the usual set of features like heart rate tracking, on screen workout and more 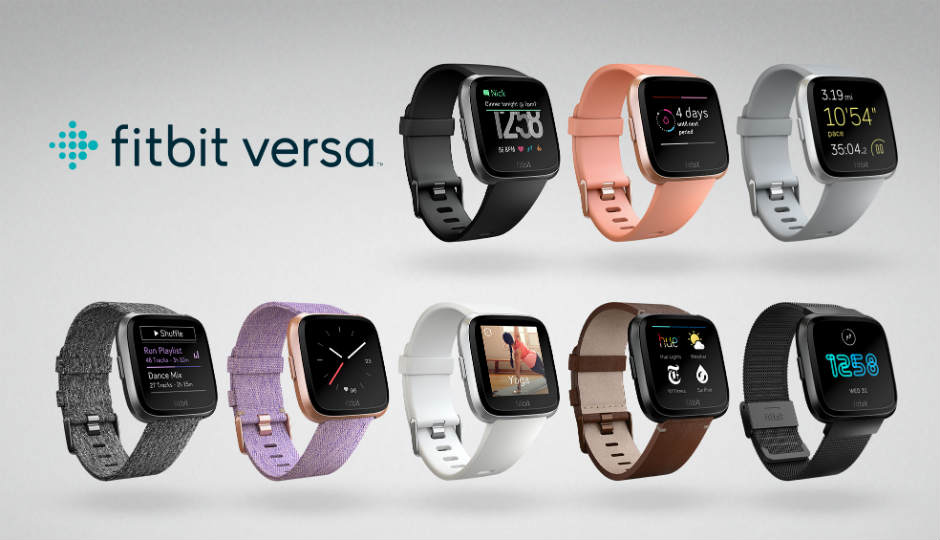 Fitbit has launched a new smartwatch called the Versa. The device is priced at Rs 19,999 and will be available from Q2 2018. On top of this, the company also plans to introduce a Special Edition of the device that would retail for Rs 21,999. Accessories for the Fitbit Versa range from Rs 2,499 to Rs 8,999.

Fitbit says that the Versa is its lightest smartwatch yet, and offers all the features you can expect from a fitness centric smartwatch. This includes 24/7 heart rate tracking, on screen workouts and automatic sleep tracking. It also offers quick replies on Android, wallet-free payments and on-device music. The company also claims that the device can offer a battery life of over four days. Further, the watch can be used while swimming as it offers water resistance of up to 509 meters. The company notes that the the watch also comes with a relative SpO2 sensor, which may allow Fitbit to add health trackers to monitor disorders such as sleep apnea. The Fitbit Versa comes with Fitbit OS 2.0. The OS offers stats at a glance and the company says that it will get more personalised over time.

However, one of the most unique features of the Fitbit Versa is female health tracking. The watch will help female users log their menstrual cycles and record symptoms such  as headaches, acne and cramps. It also offers a dynamic cycle predictions for where the user is in her cycles and when she can expect her period. It will also give information about the menstrual cycle, ovulation, fertility and common misconceptions with educational content on the Fitbit blog through the Fitbit app.

“As the wearables category continues to grow, Fitbit Versa fills a critical need in the market by delivering a beautifully designed, full-featured smartwatch that is easy to use at a very competitive price,” stated James Park, co-founder and CEO of Fitbit. “Versa brings consumers the advanced health and fitness features Fitbit is known for, along with broad compatibility across mobile platforms and 4+ days battery life to provide users with a better picture of their overall health, making it stand out from any smartwatch available today.”

The company also noted that female health  tracking will be available on the Fitbit Iconic as well as to all Fitbit app users starting May 2018.

As for the smartwatch itself, the device features a colour touchscreen with a brightness of 1000 nits. Accessories for the Versa include Classic accessories with stain resistant bands. Other accessories include Horween leather, Stainless steel, and a Designer collection.