The TV is available in 65-inches as of now. It runs on Android and is powered by Sony’s X1 Ultimate chip. It also boasts of Sony’s Acoustic Surface Audio. 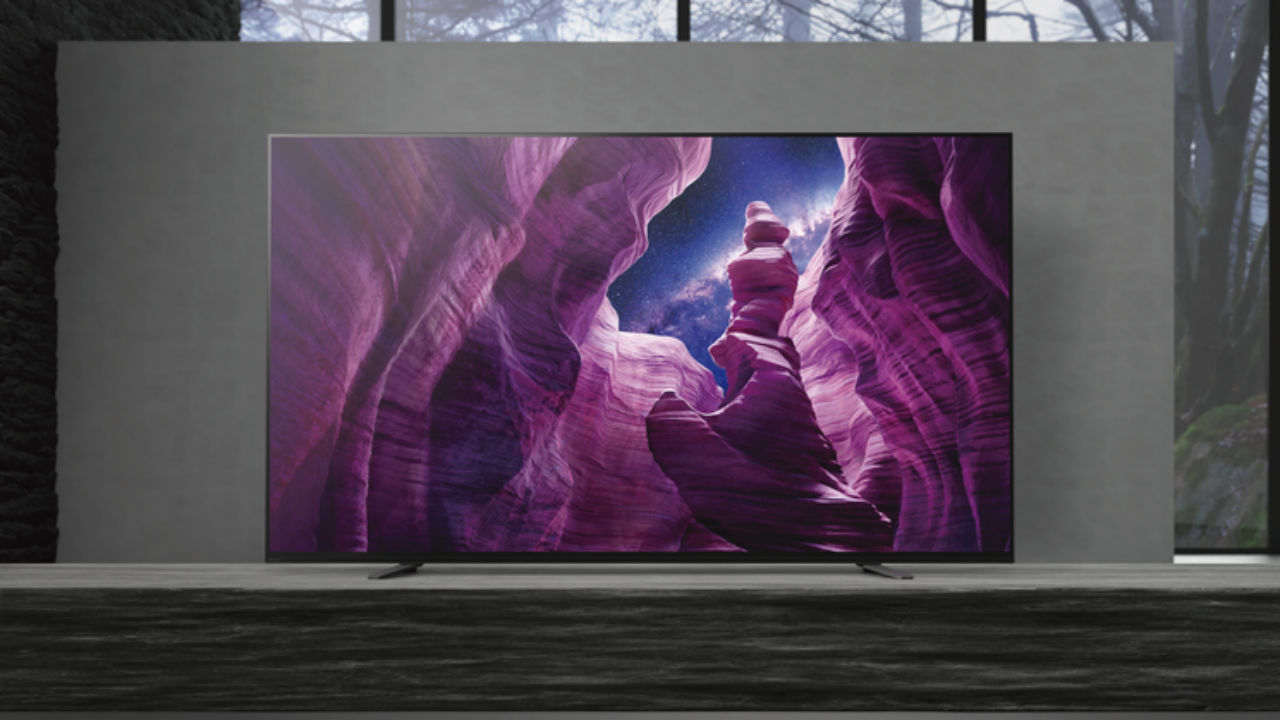 Sony’s 2020 OLED TV, the A8H is finally available in India. As of now, only the 65-inch variant is available and is priced at Rs 2,79,990. The OLED TV is a departure from the 2019 A9G OLED TV when it comes to the design. While the A9G (review) had a single tabletop stand which held the TV in the centre, the A8H has two separate feet and the TV can be mounted in two different positions. The feet can be kept so that the TV sits flush with the tabletop or it can be mounted slightly higher, giving users some space to keep a set-top-box or a soundbar.

Like most of Sony’s flagships, the A8H runs on the Android TV platform. The UI has changed slightly in 2020, adding some elements to help make navigating the settings easier. With Android TV, users also get access to the Google Play Store and all popular streaming services built-in. You also get access to the Google Assistant. The OLED TV supports 4K, HDR, Dolby Vision and Dolby Atmos.

Moving over to Sound, once again we have Sony’s Acoustic Surface Audio where the entire screen vibrates to project sound. The TV has 30W of sound output.

The TV supports dual-band Wi-Fi along with Ethernet connectivity. It supports Chromecast as well as Apple AirPlay and Apple HomeKit. For connectivity, it has 4 HDMI ports and 3 USB ports. It also has Composite video input. It has 16GB built-in storage.

The TV does not support HDMI 2.1, but it does support eARC. However, if you are looking for an HDMI 2.1 enabled TV you can check out the Sony X90H (review). LG has also launched its 2020 portfolio of OLED and NanoCell TV in India and you can learn more about them here.