Amazon is officially adding Live TV features to Fire TV devices in India. Fire TV users will now be able to watch live channels starting with SonyLIV, Voot, Discovery+ and NextG TV. The Live TV feature is being rolled out to all existing Fire TV and Fire TV Edition customers in India and allows viewers to easily discover and watch live channels from the first four providers.

Amazon has also confirmed that it will be adding Zee5 as a Live TV source soon and with it, Fire TV users will have a wide range of live channels to tune into. This includes channels like Sony SAB, Colors, SET, Nick, DD National, News18 India, MTV Beats, Discovery and more. Later, the company plans on bringing Zee TV, Zee Cinema and Zee News to the Fire TV devices as well.

Introducing Live TV on your @AmazonFireTVInd.

“With Live TV integration, we are making this experience even better by providing instant access to popular, real-time content for our customers without having to switch inputs. It enriches the content experience by streaming live TV on the much-loved Fire TV interface, just by asking Alexa. Amazon will continuously expand this selection and offer the best of live TV experiences to our customers,” said Parag Gupta, Head of Amazon Devices, India. 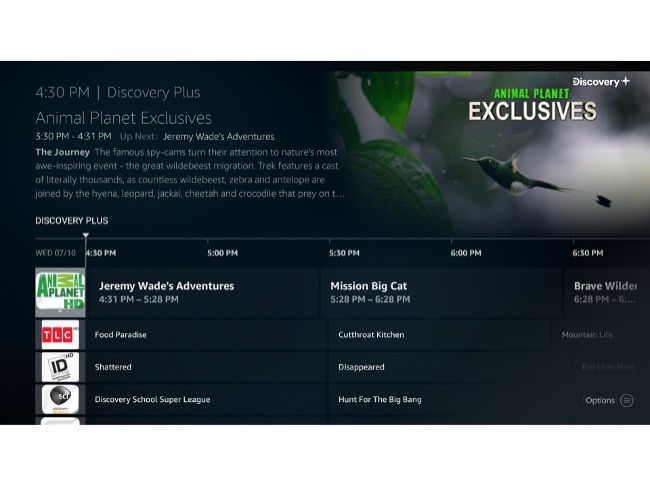 The new Live TV update adds an ‘On Now’ section on the Fire TV home screen and a ‘Live’ tab in the navigation panel. The On Now section lists all the channels that are live and viewers can tune in to watch their favourite programs. The Fire TV channel guide will help users browse and access live content under the ‘Options’ row.

Amazon recently launched the Fire TV Lite and for new users, accessing the channel guide is simple as the bundled Alexa Voice Remote Lite has a dedicate ‘Guide’ button. You can read more about the new Fire TV devices here.

New users of the Fire TV devices can access Live TV a few weeks after activating their devices and the live channel suggestions will be added to the home screen after downloading the apps.