BSNL extends validity of its PV1999 plan by 30 days 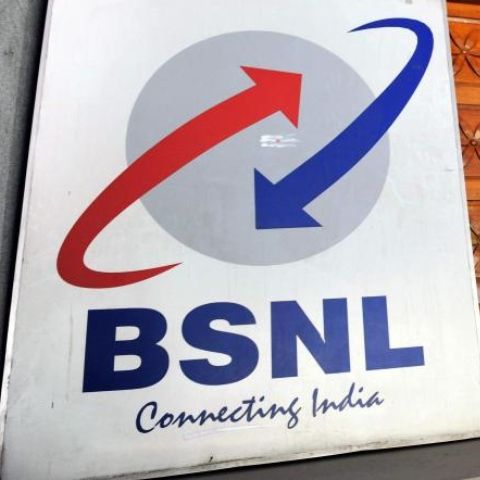 BSNL has extended the validity of its PV1999 plan

Government-owned telecom operator, BSNL, has announced an improved version of its PV1999 plan. This plan sees an extension in validity as well as some new entertainment benefits like complimentary subscription to select OTT services.

Besides this, subscribers will also get access to EROS Now Movies and BSNL Tunes for 395 days. They will also get Lokdhun Content for 60 Days. All this is aside from unlimited called, 2GB data/day, and 100 SMS/day. It should be noted that while the plan initially offered 3GB data per day, it was cut to 2GB at the start of February 2021. 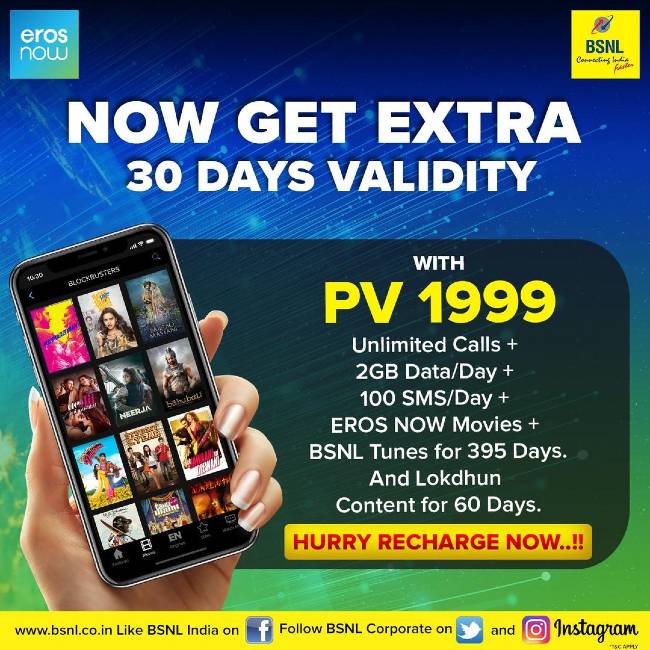 The Rs 199 postpaid plan brings with it “unlimited on-net voice calling, 300 off-net minutes”. Users also get 100 SMS limit per day. For your data needs the plan has 25GB of data with a maximum rollover of 75GB. If you exhaust the limit, you will be charged Rs 10.24 per GB.

The Rs 798 postpaid plan, users get unlimited voice calling to any network and a limit of 100 SMS per day. For data, users get 50GB per month with data rollover up to 150GB. With this plan, users can also get up to two family connections with unlimited voice, 50GB data and 100 SMS’ per day. This is for each family member.