Airtel and Jio added over 4.7 million subscribers as Vi lose over a million users in August 2020: TRAI

Indian wireless subscriber base increased to 1,147.92 million in August 2020

Airtel topped the charts as it was able to add over 2.8 million new subscribers in August while Jio received around 1.8 million new wireless subscribers. Meanwhile, Vi (Vodafone Idea) witnessed a decline of over 1.2 million subscribers in the country for August 2020. The details were shared by TRAI in its latest report dated November 10.

Overall, total wireless subscribers in India increased to 1,147.92 million at the end of August registering a 0.33% growth rate, but rural areas saw a decline in the wireless subscription. Having said that, 89.35% of the Indian telecom market is still owned by private players with Jio leading the pack with a 35.08% share followed by Bharti Airtel with 28.12% share and Vodafone Idea with 26.15% market share. 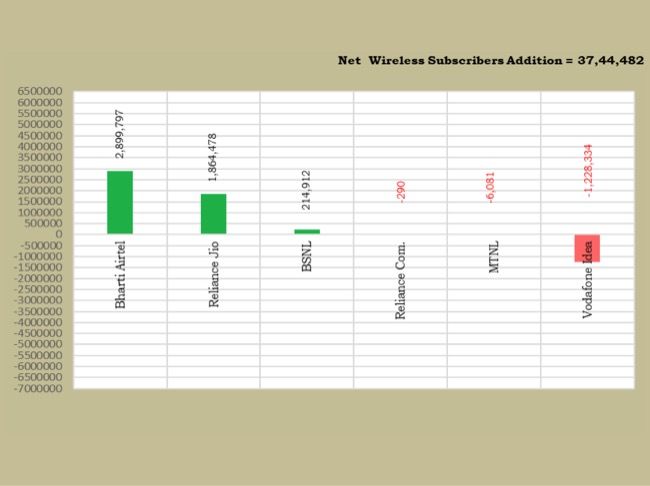 Bharti Airtel recorded a growth of 0.91% in August 2020 while Jio registered a growth of 0.47% in the month. As per the report, all regions showed growth in subscriber count with Kolkata and Himachal Pradesh leading the numbers. However, Madhya Pradesh, West Bengal, UP East and Jammu & Kashmir registered a decline in the subscriber base.

Another interesting fact that we get from the TRAI report is that the month of August saw over 7.53 million more Mobile Number Portability (MNP) requests since the launch of the service back in 2015. 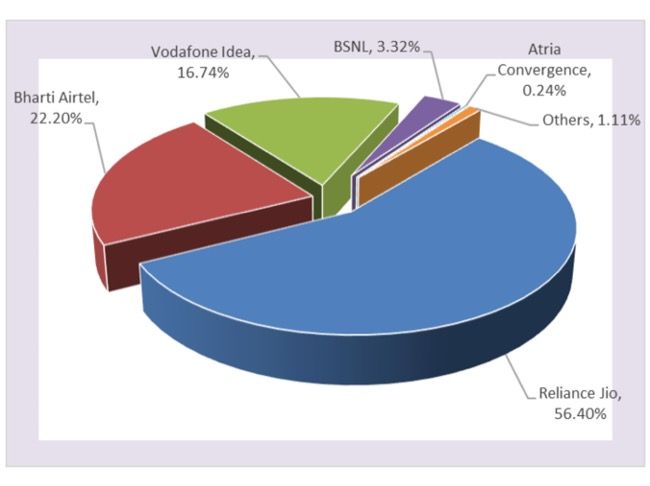