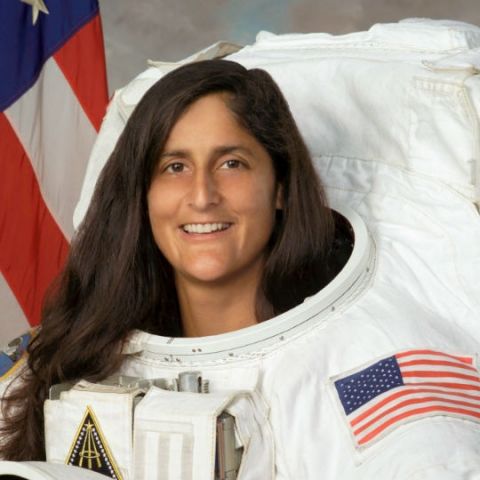 Since her selection as an astronaut in 1998, Sunita Williams has spent 322 days aboard the International Space Station (ISS). She has also performed seven spacewalks.

Sunita Williams, an Indian-origin U.S. astronaut, is one of the nine astronauts selected by NASA (National Aeronautics and Space Administration) to fly the first missions into space on commercially provided rockets and capsules. The flight to space will kick off early next year. This will be the first crewed test flights and missions on a commercial spacecraft. The spacecraft, Dragoncapsule, has been built jointly by the Boeing Company and Elon Musk’s SpaceX. In a tweet NASA said, “Future Commercial Crew astronauts will be riding to space on partner vehicles built by SpaceX & BoeingSpace.”

The Dragoncapsule will take off for the International Space Station in the beginning of 2019. It seems that NASA has worked closely with the Boeing and SpaceX with regards to design, development and testing of the Dragoncapsule. This is to ensure that it meets safety and performance requirements.

“The men and women we assign to these first flights are at the forefront of this exciting new time for human spaceflight. It will be thrilling to see our astronauts lift off from American soil, and we can’t wait to see them aboard the International Space Station,” said Mark Geyer, Director of NASA’s Johnson Space Center in Houston.

Speaking of Sunita Williams, she was selected as an astronaut in 1998. Since then she has spent 322 days aboard the International Space Station. This is for Expeditions 14/15 and Expeditions 32/33. She has also commanded the ISS along with performing seven spacewalks.

In 2014 Boeing and SpaceX were awarded a combined total of $6.8 billion to develop a space craft to fly a crew to the ISS. This contract was from NASA. Once the flight test with the crew is complete, NASA will review the flight data to verify and check whether the systems meet the agency's safety and performance certification requirements. After that, NASA will be ready to begin regular servicing missions to the space station.

Before the crewed missions, both Boeing and SpaceX plan uncrewed test flights in late 2018 or early 2019.

Our @Commercial_Crew Program will soon return America’s capability to launch humans from our nation’s soil to the @Space_Station. For the 1st time since 2011, astronauts will again leave Earth from the U.S. Watch to learn more about our announcement: https://t.co/wI51HD5BFM pic.twitter.com/J3stoHe9Q3