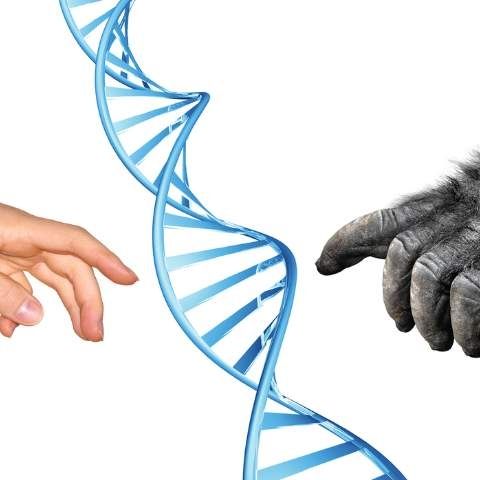 The study, published in the National Science Review, is reportedly becoming more controversial.

News reports from as far back as last Thursday say that scientists is southwestern China injected monkeys with human brain genes as part of a new scientific study, which is growing more controversial by the day. According to one article from Earth.com, researchers from the Kunming Institute of Zoology in Yunnan injected rhesus monkeys with human genes, thereby creating transgenic monkeys. The study was reportedly done in an effort to study the evolution of human intelligence.

Luckily for the researchers, introducing human brain genes into monkey genome actually did seem to have a positive effect. According to the study, which was published in the National Science Review, the transgenic monkeys “exhibited better short-term memory and shorter reaction time compared to the wild type controls in the delayed matching to sample task.” This observation was especially true with a memory test involving colours and block images, reports MIT Technology Review.

While the study may have shown a seemingly positive result, the question of ethics in animal experimentation arises. “The use of transgenic monkeys to study human genes linked to brain evolution is a very risky road to take,” explained geneticist James Sikela to MIT Technology Review. The geneticist was reportedly concerned that the study shows a lack of regard for the animals and believed it could lead to more extreme modifications. “It is a classic slippery slope issue and one that we can expect to recur as this type of research is pursued.”

Earlier this year, Chinese scientist He Jiankui was placed under house arrest with the threat of death penalty for creating the world’s first genetically modified human babies. The scientist, who worked as an Associate Professor in the biology department at the Southern University of Science and Technology in Shenzhen, admitted to using the CRISPR-Cas9 gene-editing tool to alter the embryonic genes of two twin girls at the Second International Summit on Human Genome Editing in November last year. At the summit, he was described as a rich man with a “huge ego” who “wanted to do something he thinks will change the world”.