Roscosmos has sent Russia's FEDOR humanoid robot to space for the first time.

The robot has previously been seen undergoing defensive training in online videos. 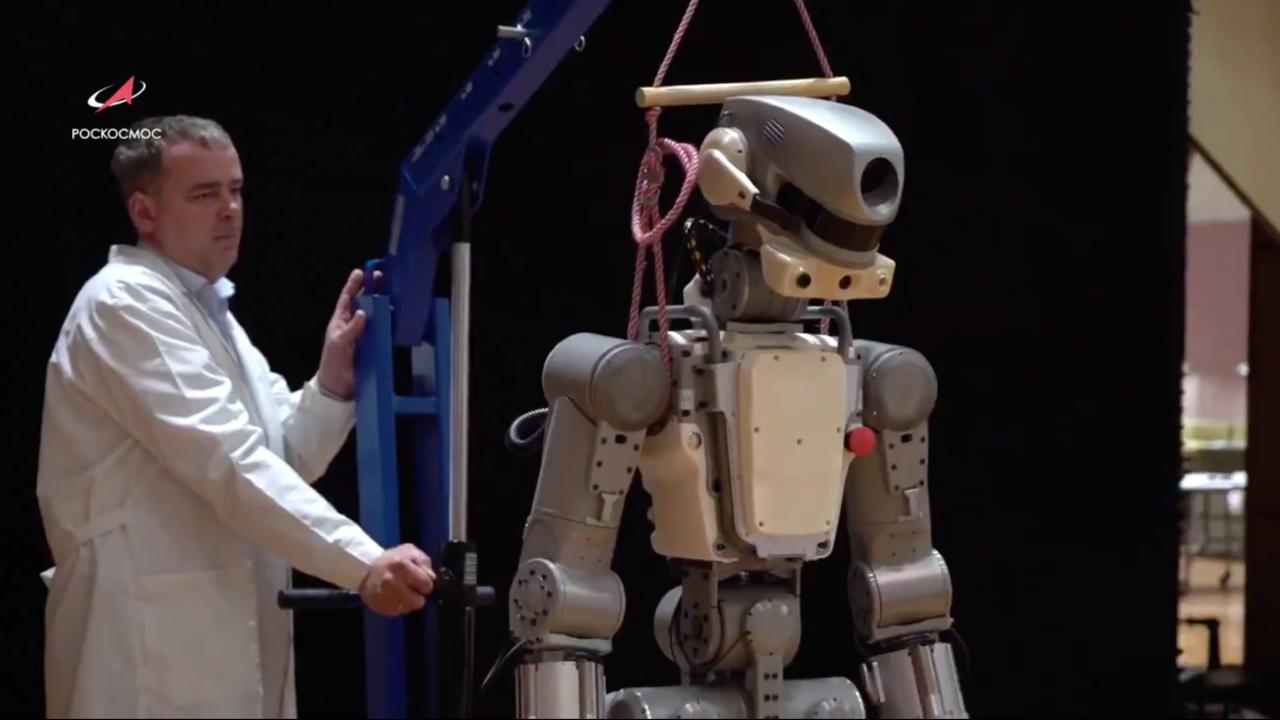 The International Space Station (ISS) has seen many inhabitants since its inception two decades ago. But its newest inhabitant is unlike no other. In its latest launch that took place yesterday at the Baikonur Cosmodrome in Kazakhstan, Russian space agency Roscosmos sent a humanoid robot called Skybot F-850 as a crew member to the space station in order to train it to perform space-related activities that are considered too dangerous for humans. Roscosmos also used the launch to test its updated Soyuz 2.1a rocket. According to the latest update sent by Roscosmos on Twitter, the space agency is planning to retry docking with the ISS after a failed first attempt earlier today.

Sitting in the commander's seat of the Soyuz spacecraft is a Russian-made FEDOR (Final Experimental Demonstration Object Research) robot called Skybot F-850. According to a report by DW, the robot is 5 feet, 11 inches in height and weighs 160 kilogrammes. The makers of the robot reportedly claim that it has “elements of artificial intelligence”. For yesterday's launch, the robot was strapped into the pilot's seat with necessary modifications. In the past, Russia's FEDOR robot has been seen in online videos and news reports holding weapons during training sessions for rescue operations.

The spacecraft is currently staying afar from the ISS, the docking is scheduled for the reserve date. The crew and the ISS are safe. pic.twitter.com/WWZFgYnX8E

The FEDOR robot is expected to stay on the ISS for a period of two weeks, during which Russian cosmonaut Alexander Skvortsov will help the robot understand how to use everyday tools “from a spanner to a fire extinguisher” in microgravity. This isn't the first time a robot has been sent up to the ISS. In early 2011, NASA sent its Robonaut 2 (R2) for a series of experiments. Before that, it was the Robonaut 1 (R1). The European Space Agency (ESA) has also performed experiments with a robot called CIMON in the past.

According to a recent report by Aljazeera, the FEDOR robot Skybot F-850 was heard reporting the status of the launch process to the control centre yesterday. The robot reportedly said, “Let's go. Let's go,” during the launch, a line popularised by Yuri Gagarin, the first human being to enter outer space, in April 1961. Roscosmos is currently working on a plan to reattempt docking with the ISS after the first proved to be unsuccessful earlier today. Roscosmos assures its followers on Twitter that the crew and ISS are safe.