NASA’s InSight lander sends back a selfie from Mars 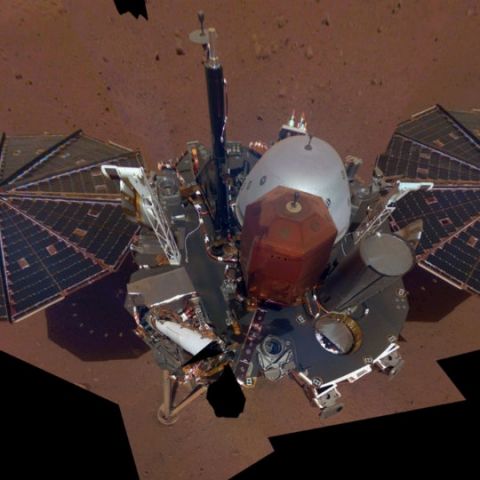 The selfie sent back by the InSight lander is a combination of 11 images taken by the spacecraft’s robotic arm and shows its solar panel and its entire deck, including its collection of scientific instruments.

It looks like NASA’s InSight lander has channeled its inner Millennial and sent back a selfie from Mars. To be fair, it isn’t exactly a single image, but rather a combination of up to 11 images taken using the spacecraft’s robotic arm. Mars.nasa.gov notes that this is the same imaging process used by NASA’s curiosity mission, in which multiple overlapping images are stitched together to create a single image. InSight’s selfie also gives researchers a clear image of the landers solar panel and its entire deck, including its collection of scientific instruments.

The image also gives users a good look at the lander’s “workspace.” This is a four by two meter (fourteen by seven foot), crescent shaped area of terrain in front of the lander. This particular image is composed of 52 photographs. 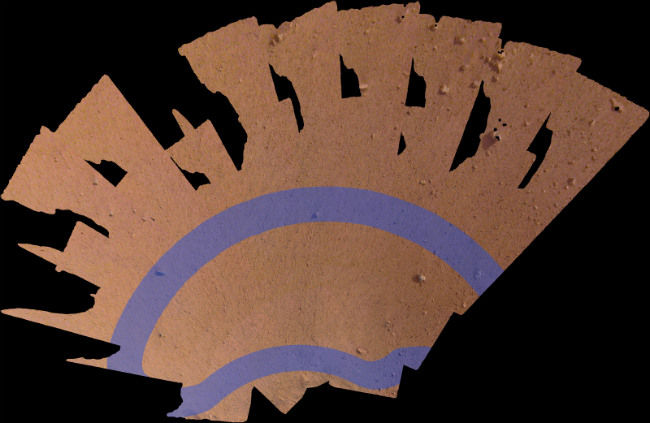 In the coming weeks, scientists and engineers will decide where to place the instruments in the workspace. This includes the seismometer, which is called the Seismic Experiment from Interior Structure or SEIS. There is also a heat-flow probe, which is known as the Heat Flow and Physical Properties Package or HP3. These instruments work best on level terrain and as such, engineers want to avoid placing them on rocks larger than 1.3cm (0.5 inch). The InSight team had chosen the Elysium Planitia area of Mars as a landing spot because it is relatively free of rocks. Even then the reports notes that the landing spot turned out to be better than expected. The InSight lander is currently in a “nearly rock-free hollow.” This is a depression created by a meteor impact that is later filled with sand. This should make it easier for the heat-flow probe to bore down to ts goal of 16 feet, or 5 meters below the surface.

"The near-absence of rocks, hills and holes means it'll be extremely safe for our instruments," said InSight's Principal Investigator Bruce Banerdt of NASA's Jet Propulsion Laboratory in Pasadena, California. "This might seem like a pretty plain piece of ground if it weren't on Mars, but we're glad to see that."

Photos aren’t the only information that the lander is sending back. Last week, two of its sensors managed to pick up low rumbling vibrations caused by the wind, which was blowing between  5 to 7 m/s and in the process, captured the 'sound' of Mars. One of the sensors was an air pressure sensor located inside the lander, the other is the seismometer that was located on InSight’s robotic arm. According to NASA’s Jet Propulsion laboratory, this is the only time when the seismometer will be able to detect any vibrations produced by the lander. After the instrument is placed on the Martian surface, it will be covered by a domed shield that would protect it from changing wind and temperature.

First #selfie! I’m feeling healthy, energized and whole. This is me on #Mars. https://t.co/JJzFgSgh9q pic.twitter.com/wSN2OycHNO