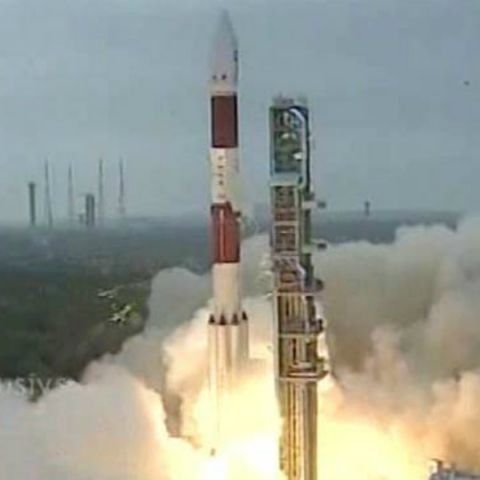 This is the successor to the RESOURCESAT-2 remote sensing and earth observation satellite, and has been deployed in operation earlier today, to remain functional for five years.

The Indian Space Research Organisation has successfully launched and deployed the RESOURCESAT-2A earth observation and remote sensing satellite in polar sun synchronous orbit. Earlier today, ISRO’s polar satellite launch vehicle, the PSLV-XL took off from Sriharikota, Andhra Pradesh at 10:25am, with a payload of 321 tonne. At 10:43am, 18 minutes into the launch, the four-stage rocket deployed the 1.24 tonne RESOURCESAT-2A satellite in an 817km polar sun synchronous orbit.

The RESOURCESAT-2A satellite is a follow-up to the RESOURCESAT-2 satellite previously launched in 2011. The satellite is solar-powered, and placing it in the sun synchronous orbit allows the satellite to be always exposed to the sun, thereby remaining in power. The new satellite will continue transmission of remote sensing data to global users, based on the three imaging component payloads.

In complement to the imaging resource payloads, the RESOURCESAT-2A satellite includes two Solid State Recorders with 200 Gigabit capacity, each. These will be used to store imaging data and relay on to control centres back on Earth. The RESOURCESAT-2A will be in operation for five years, and has a similar format of payloads and operating method as its predecessor, the RESOURCESAT-2. This was also the first time that a camera was put aboard the PSLV-XL rocket, which gave a feed of the satellite launch and solar panel deployment, during launch.