How to watch Geminid Meteor Shower in India tonight? 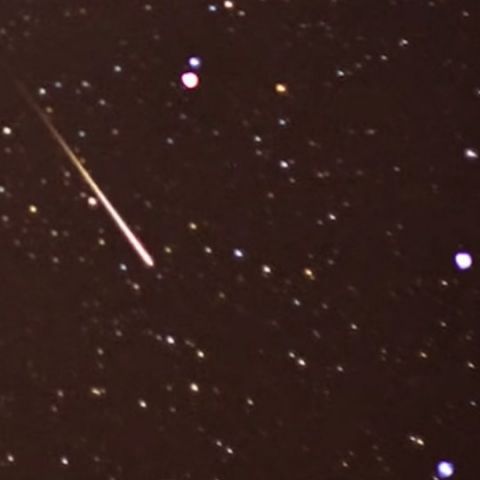 The yearly Geminid Meteor Shower will grace the night sky in India between December 13 and December 14. Here is all you need to know about the celestial show and how you can watch it in India.

If you’ve been on Google today, you must have noticed the curious Doodle depicting the Geminid Meteor Shower. The celestial show brightens up the night sky every year in December, bringing streaks of yellow across the darkness and India is slated to get one of the best views of the light show in the wee hours spanning between December 13 and 14, when the meteor showers peaks. The best time to watch the Geminid Meteor Shower in India would be somewhere around 2AM on December 14, however if viewed from a hill station, one could possibly sight the sky show as early as 9PM or 10PM on December 13.

Origins of the Geminid Meteor Shower

The Geminid Meteor Shower gets its name from the constellation Gemini, because the meteors seem like they are emerging from the constellation. First observed in the 1800s, the meteor shower originates from an object called Phaethon, named after Greek god Apollo’s son. The 3200 Pantheon is either a near-Earth asteroid or an extinct comet and is closer to the sun than Mercury. Once a year in December, Earth passes through the debris cloud left behind by the object as it orbits the Sun. When Earth crosses paths with the said debris, small meteors vaporise in Earth’s atmosphere, resulting in 120–160 visible meteors per hour.

How to Watch Geminid Meteor Shower in India

Nasa recommends that those interested in viewing the Meteor Shower should head out around 10:30 p.m. and let their eyes adjust to the darkness for about 30 minutes. It is recommended that you try and get away from the city to view the show in clear skies. Heading to the mountains would also be a good idea to view the Geminids. “Avoid looking at your cell phone as it will mess up your night vision. Lie flat on your back and look straight up, taking in as much sky as possible. You will soon start to see Geminid meteors. As the night progresses, the Geminid rate will increase, hitting a theoretical maximum of about 100 per hour around 2 a.m.,” Nasa explained in a post.

NASA expects more than 1 Geminid per minute to appear for those looking at the night sky in the countryside or from hill stations, and 30 to 40 per hour for those in the suburbs. Cities like Delhi and Mumbai could blot out the meteor shower altogether given the bright lights and polluted skies.