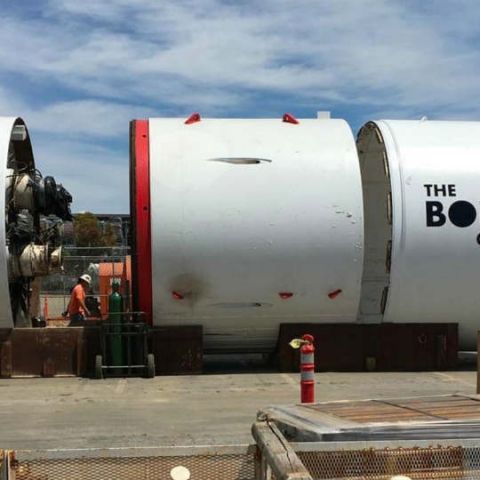 Elon Musk tweeted a video of the giant drill boring out from the end and completing the tunnel that was being dug since January 2017.

Elon Musk’s Boring Company has completed the first tunnel that it started digging back in January 2017. The tunnel is said to be more than two miles long and it stretches from SpaceX’s parking lot in Hawthorne, California, to all the way up to what Musk calls "O'Leary Station," which stands on commercial property that was purchased by The Boring Company in Hawthorne. Musk also tweeted “Congratulations @BoringCompany on completing the LA/Hawthorne tunnel! Cutting edge technology!,” with a video of a giant drill breaking through the other end of the tunnel. Even though the tunnel is completed, it will take some time before it goes operational.

Musk said that the Boring Company, a subsidiary of SpaceX, came into existence when he was once stuck in traffic in California. He decided to do something to alleviate the problem and hence, the idea to dig a tunnel to transport cars by lowering them onto electric sledges that speed through the tunnel at speeds of 200 kilometers per hour. Additionally, the tunnels are also said to be used to dig sewer, water, and electrical tunnels in the cities where the project is, in a more cost-effective manner. Back in May this year, Musk tweeted that when the first tunnel boring is complete, people will be able to try it for free when it first opens.

Elon Musk has a penchant for joking about various things and then turning them into reality. Earlier he tweeted that the boring company will make a limited number of ‘Not A Flamethrowers’ and soon after, the company started selling the products. Recently, Musk tweeted that it’s time to make a mecha or a giant robot that wields weapons. There has been no follow up tweet or information on the subject since but since both, the Boring Company and Not-A-Flamethrower came into existence after similar tweets, no one can really be sure about what Musk plans next.