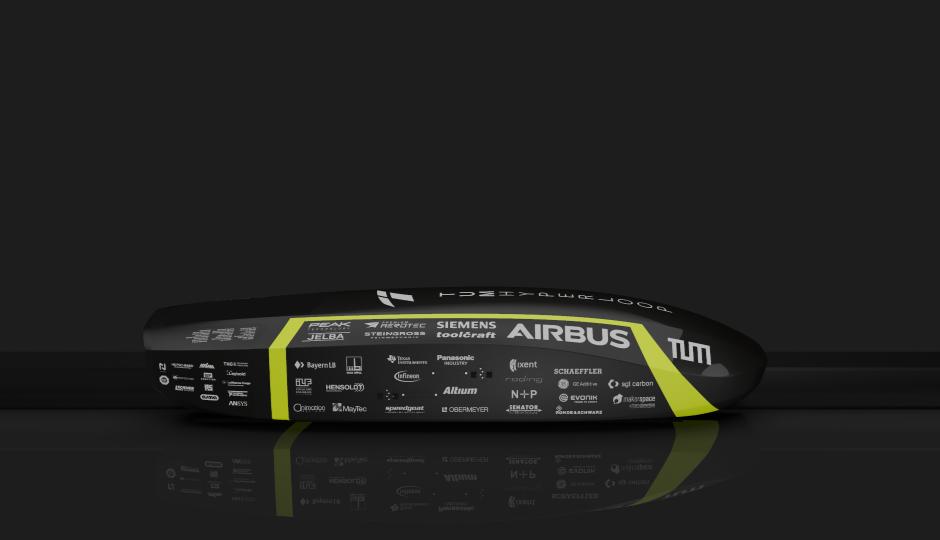 The competition is held yearly by SpaceX. The aim is to send the fastest pod down the 1km Hyperloop tube.

Elon Musk promises to build a longer curved tube for next year's competition.

A Hyperloop Pod built by the Technical University of Munich (TUM) in Germany has set a new speed record at the annual SpaceX Hyperloop Pod Competition. According to the team's tweet, the Hyperloop Pod hit a top speed of 463 kilometres per hour during the run, thereby beating last year's record of 457 kilometres per hour set by the same team. After the win, SpaceX CEO Elon Musk announced in a tweet that next year's competition would take place in a 10-kilometre vacuum tunnel with a curve.

Sponsored primarily by Airbus, the team from TUM won the competition despite losing some parts along the way. “You could say the pod is the result of four years of evolution,” said Team Manager Toni Jukic of the winning team in a news release. “Each year we learned something new and put the knowledge into practice. The system is to gradually develop to full scale.” The research team consists of 15 members.

When the team won the competition last year, it was called WARR Hyperloop. This year, the team has renamed itself to TUM Hyperloop because the members no longer belong to the WARR student group. The team is now part of the newly founded association “NEXT Prototypes”. The pod built by the team is the fourth of its kind and is based on the concept used last year. It is approximately 1.70 meters long, 50 cm wide, and weighs approximately 70 kilogrammes, which is lighter than last year's concept by 8 kilogrammes.

Participants in the annual SpaceX Hyperloop Pod Competition are required to develop a self-propelled pod that passes through the 1.2-kilometre-long Hyperloop tube built by SpaceX. The Hyperloop tube is Elon Musk's far-reaching vision for high-speed transportation. Last year's win for WARR Hyperloop (now TUM Hyperloop) marked a hat-trick, making this year's win the fourth in a row. Considering Musk's announcement after this year's win, next year's competition is expected to be more challenging because of the added distance and curve.

We are happy to announce that we have reached a top speed of 463 km/h today. Although we lost some parts on the way, we were able to successful finish our run and are proud to be the winners of the 2019 SpaceX Hyperloop Pod Competition.
Break a pod :wink: @SpaceX @elonmusk pic.twitter.com/GNrH5Ct2qu