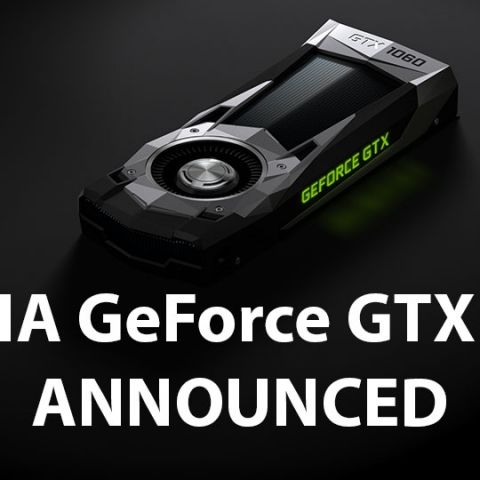 In the wake of AMD’s new RX 480 launch taking the mid-range segment by storm, it was imperative that NVIDIA unveil the GeForce GTX 1060, and they have officially done so today. With the aim to compete with the AMD RX 480, the NVIDIA GTX 1060 will be priced at $249 once it hits the market globally on July 19th. Rumours had pegged an earlier date for retail sales (July 14th), but this announcement should put those rumours to rest. The NVIDIA GeForce GTX 1060 will feature 6GB of GDDR5 memory. While AIB cards might take a while to arrive, you will be able to get the Founders Edition by paying $299, $50 more than AIB cards. We are yet to receive word on the India pricing, but hopefully it should be competitive enough to match what AMD’s RX 480 is selling for in India. Given the fact that both the GTX 1080 and the GTX 1070 were priced 34.5 percent greater than international pricing, we can easily calculate the prices for the NVIDIA GeForce GTX 1060 as well. The NVIDIA GeForce GTX 1060 Founders Edition could very well be priced at about Rs. 27,099, and the non-reference partner cards could be priced at Rs. 22,599. These are not the official prices, and we’ll get you the same once we have confirmation.

While there have been leaked performance benchmarks, we have seen some benchmarks portraying the NVIDIA GeForce GTX 1060 to be at par with the GTX 980. With Pascal’s 16nm architecture, the card is expected to have sufficient headroom for overclocking and be power efficient. The Founders Edition GTX 1060 will be clocked at 1506MHz, with a boost clock going all the way to 1708MHz. The reference card will only need one 6-PIN PCIe power connector, and the GPU is designed for a TDP of 120W. And, like the GTX 1070 and the GTX 1080, the NVIDIA GeForce GTX 1060 will also have 1x HDMI 2.0b, 3x DisplayPort 1.4 and 1x DVI display connectors.

Say goodbye to SLI
The x60 cards have always provided great value for the customer, thanks to its support for 2-way SLI. It was quite common to SLI x60 cards like the GTX 760 and the GTX 960 to obtain performance levels that matched flagship levels, for roughly half the cost. In fact, two GTX 960 in SLI would give you performance similar to a GTX 980 for half the price, which made it difficult to project the flagship GTX 980 as a value-for-money offering. This will undoubtedly anger fans of Team Green, as NVIDIA has effectively taken away a very important value proposition that the x60 cards had. AMD’s RX 480 still retains the ability to CrossFire, making it the only choice for budget-conscious gaming enthusiasts who want their money’s worth.

Newer look
While being quite similar to the GTX 1080 and the GTX 1070, the GTX 1060 sports a newer look and a smaller PCB, as seen below. However, the shroud is still full sized to accommodate the cooling fan and heatsink. The back is not protected by a backplate, but none of the x60 series used to be protected anyway. 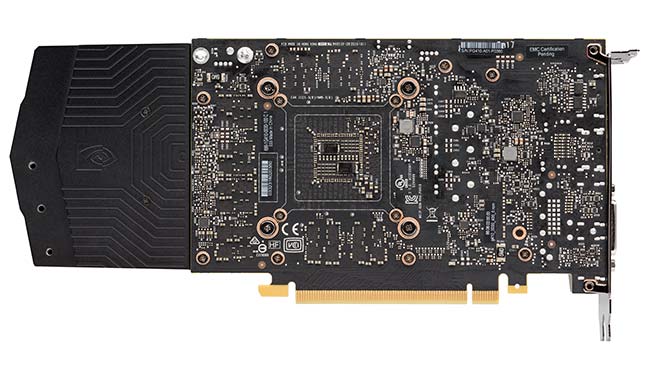 Even the power connector extends away from the PCB into the overhanging plastic body, as can be seen in the image below:

This certainly helps with cable management, as you don’t have to extend the cable away from the cabinet slot near the PCIe ports. Like all reference cards, the NVIDIA GeForce GTX 1060 will also be a dual-slot card. Note the absence of an SLI connector in the above image. The overall small size of the card does indicate that partner cards might be quite compact so as to target compact configurations like HTPCs.