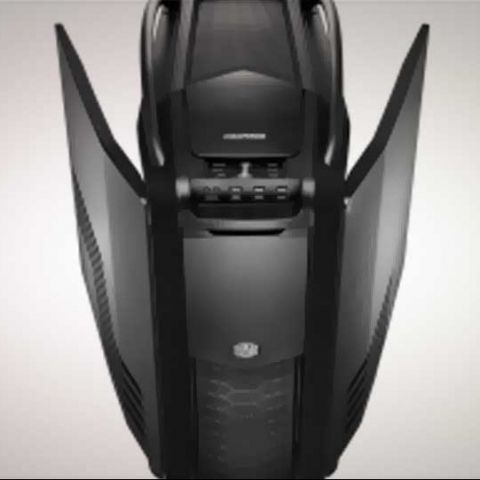 Modelled on a “supercar’s” wind-contoured curves, the Cooler Master Cosmos II’s high-grade aluminium chassis is reinforced with steel, air intake-like snap-on meshes are placed along curves, and to complete the car effect, the sides of the cabinet swing open like gullwing doors.

Meant for “extreme system builders” the Cosmos II cabinet supports an XL-ATX motherboard form factor. It comes with a 240mm radiator near the top, and users can add an extra 240mm radiator in place of the bottom-most hard drive. Cooler Master says there is also plenty of space for AIO-water coolers.

Nearly 20 percent larger than the original flagship Cosmos cabinet, the Cosmos II Ultra Tower can fit up to 13 hard drives, with two X-Docks and a separate cooled section that harbours six HDDs. 10 expansion slots are available for up to 4-way SLI/CrossFire setups, as well as an extra slot for CCFL lighting controls, and other PCI extensions. A fan controller and LED light preset button are also accessible, allowing for on-the-fly changes.

The Cooler Master Cosmos II features a large CPU retention hole, and supports a variety of CPU coolers (including LGA2011 & AMD FM1). The cabinet is available ex-stock and is distributed by Acro Engg. Company.