Micromax’s subsidiary, YU, has re-launched the YU Yureka in an all new black avatar today. The smartphone will be a Flipkart exclusive at launch, as YU plans to stick to its online-only strategy. The first flash sale for the Yu Yureka Black(₹ 6999 at flipkart) will begin at 12AM on June 6.

In terms of specifications, the Yu Yureka Black runs on a 1.4 GHz Octa-core Snapdragon 430 SoC, similar to the Lenovo K6 Power and the Xiaomi Redmi Note 4.  It houses 4GB of DDR3 RAM and comes with 32GB of storage on board (expandable upto 128GB). On the display front, the Yu Yureka Black sports a 5-inch 1080p screen, protected by a 2.5D Gorilla Glass 3.

The primary camera on the Yu Yureka Black has a 13MP sensor, while at the front, the smartphone is equipped with an 8MP selfie camera. The primary camera on the Yu Yureka Black comes with Night, Panorama, and HDR modes. The front camera is also equipped with a flash for improved low-light selfies. In addition, the Yu Yureka Black houses a fingerprint sensor with a glass cover and a surrounding metal ring. YU claims that the fingerprint sensor can unlock the device in less than half a second. The entire metal unibody package is 8.73MM slim and is powered by a sizeable 3000mAh battery. The phone comes with Android Marshmallow out of the box. YU says that the Android Nougat update is under testing as of now and it should be pushed out by June 15. 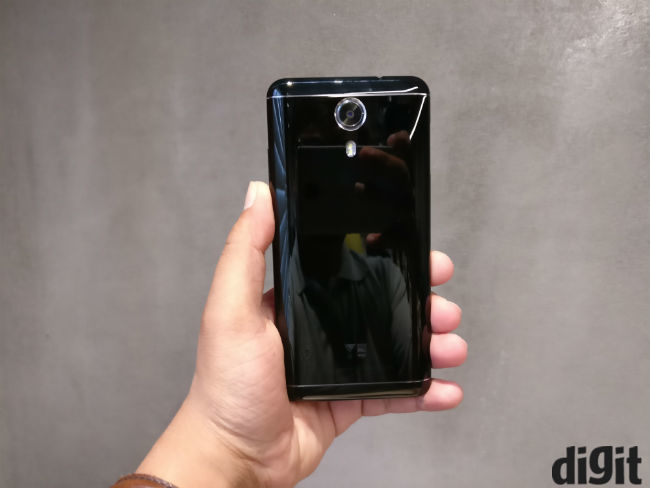 Commenting on the launch Shubhodip Pal, Chief Marketing and Chief Commercial Officer, Micromax Informatics said “Most of the consumers in the age group of 18-25 years felt that all the smartphones in the sub 10K category look almost the same. With Yureka Black, we are targeting these consumers who believe that the phones should be a reflection of their personality and are looking for smartphones which is not just strong in the hardware front but are aesthetically great looking as well. Hence, we have worked towards making a difference in the design language of the smartphone to align them with the evolving needs of new-age consumer, and addressing them before anyone else in the eco-system.”