Xiaomi Redmi Note 4 catches fire, the company confirms use of faulty charger as the cause 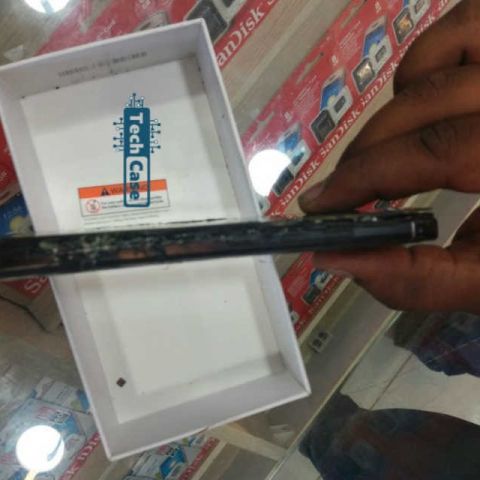 A Xiaomi Redmi Note 4 unit has reportedly exploded and caught fire. According to Techcase, the handset caught fire while inserting a SIM card into the new device. The customer has now received a replacement device from Poorvika store.

The report says that Arjun, a resident of Bengaluru got his Xiaomi Redmi Note 4 from a Poorvika Store and the incident took place on July 17 around 10.30AM. The user claims that his handset caught fire while he visited a nearby shopkeeper for inserting a SIM card into the device. The report says that nobody got injured, but there is no clarity on what caused the device to catch fire at first place. The report also confirms that Arjun submitted the handset to a service centre and received a replacement device the next day.

Xiaomi says the customer purchased the device on June 1 and the device got damaged on July 17. It says that technical investigation suggests use of a faulty third party charger as the cause of this fire. "Despite the customer-induced damage, we worked with the Poorvika store where the unit was bought, and replaced the customer's damaged unit with a brand new Redmi Note 4 on Monday, 24th July 2017. We advise our customers to only use Xiaomi authorised chargers and accessories," the company said in a released statement.

Smartphones catching fire is not a new thing and the primary reason has been poor battery design. Samsung Galaxy Note7, the flagship smartphone announced last year, started overheating and caught fire leading to a global recall of the device. The handset was even banned for flights and Samsung confirmed a faulty battery design as the cause for the Note7 explosions. There have also been reports of Apple's iPhones catching fire while charging and there was also a report on Xiaomi's Mi 4i catching fire.

Xiaomi also clarified that the video depicting explosion of a Redmi Note 4 circulating the interwebs has no relation to the concerned Redmi Note 4. The video was reportedly obtained from a random WhatsApp group and there is no evidence in the video to suggest that the device is a Redmi Note 4 or any other Xiaomi phone. The customer has also confirmed to Xiaomi that the people in the video do not include or represent him.

Xiaomi recently announced that it registered 328 percent revenue growth in India during the first six months of the year. The company has also doubled its service centers to 500 and is in the process of making its smartphones available via offline retail channels including its own Mi Home stores.