Xiaomi Redmi 9 has been officially teased to launch in India sometime soon. Recently, the Redmi 9A was spotted on the Wi-Fi Alliance certification website and the company will likely rebrand the 9A as Redmi 9 for India. This is due to the fact that Xiaomi launched the Redmi 9 as Redmi 9 Prime in India earlier this month.

The Redmi 9A and Redmi 9C are the other two phones in the Redmi 9-series of budget phones and Xiaomi may rebrand either of the models as the Redmi 9 for India. Manu Kumar Jain, Global VP and MD of Xiaomi India took to Twitter and posted a teaser asking “Where is the 9?”, hinting at the launch of the Redmi 9 in India.

There’s no word on the specifications of the Redmi 9 but since the Redmi 9A or Redmi 9C is expected to be rebranded for India, let’s take a brief look at both these budget phones. 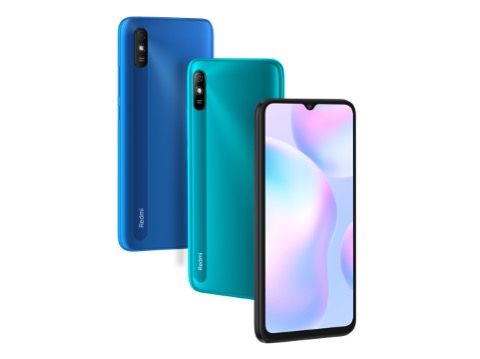 Xiaomi Redmi 9A measures 9mm in thickness and weighs 196 grams. It features a 6.53-inch HD+ (1600 x 700 pixels) resolution display with a waterdrop notch cutout for the selfie camera upfront which gives it a tall 20:9 aspect ratio.

The Redmi 9A is powered by MediaTek Helio G25 processor with an octa-core CPU clocked at upto 2.0GHz with PowerVR GE8320 graphics and MIUI 12 to boot. This is paired with 2GB RAM and 32GB storage, however, the variants can differ from region to region. Additionally, the phone comes with a dedicated microSD card for storage expansion.

The Xiaomi Redmi 9A comes with a 13MP primary rear camera with an f/2.2 aperture, PDAF support and backed by an LED flash. The rear camera can shoot in 1080P at 60FPS and on the front, you get a 5MP selfie camera.

The phone comes with the basic set of connectivity features and sensors like Wi-Fi and Bluetooth 5.0. The Redmi 9A comes equipped with a 5,000mAh battery with support for 10W charging speeds. Xiaomi Redmi 9A is priced ar EUR 99 which roughly translates to Rs 8,500 by direct conversion.

Xiaomi could launch the Redmi 9 in India in late-August or early-September.