Redmi 9 could come with quad camera setup on the back.

According to a post on Weibo that reveals the Redmi 9 in two colours-- green and purple, the phone is expected to be powered by a Helio G80 chipset rather than the G70 which was a part of the previous leak. The picture released allegedly shows the rear panel of the Redmi 9 that features a quad-camera setup along with an LED flash and a fingerprint reader. There’s a spherical gradient design around the camera module that we’ve previously seen on phones like the Poco X2. 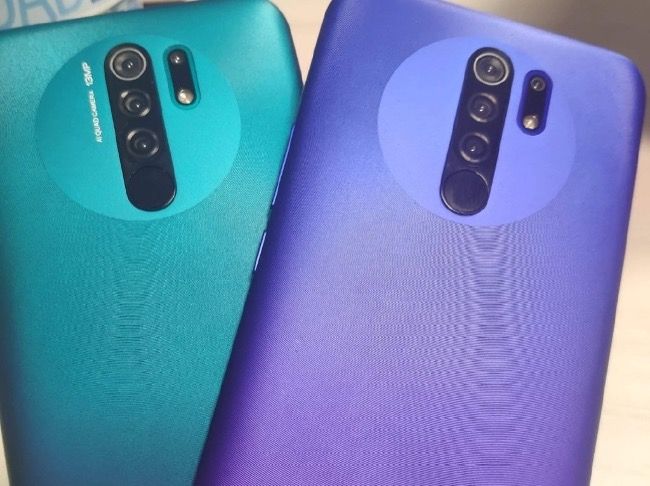 Another post on Twitter indicates that the Redmi 9 is expected to be announced on June 25 and while the tipster says it will be priced under $150, it is expected to be launched in India with a much affordable price tag. The tweet also reveals that the Redmi 9 could feature a punch-hole cutout in the centre for the selfie camera and will come bundled with an 18W fast charging adapter.

Redmi 9 series features a 6.53-inch display with Full HD+ (2400 x 1080 pixels) resolution and is powered by the MediaTek Helio G80 chipset. This is paired with upto 4GB RAM and 64GB storage with an option to increase the storage by using up to 512GB microSD cards. It has a quad-camera setup on the back that consists of a primary 13MP camera, an 8MP camera, a 5MP camera and a 2MP camera which is presumably a depth sensor.

All the phones in the Redmi 9 series come with 5,000mAh battery with support for 18W fast charging.

The Redmi 9A is powered by the Helio G25 with Mali-G31 as the GPU. This is paired with 3GB RAM and 32GB storage with support for up to 512GB microSD cards. The phone is equipped with a single camera on the back that uses a primary 13MP sensor. It could be priced between 100-120 Euros which is around Rs 8,400 - Rs 10,000 by direct conversion.

Xiaomi Redmi 9C is powered by Helio G35 chipset with Mali-G31 GPU and is paired with 3GB RAM and 64GB storage. The non-NFC version of Redmi 9C features triple camera setup that consists of a primary 13MP camera, a 5MP secondary camera and a 2MP camera. As for the Redmi 9C with NFC, it features a dual-camera setup that consists of a 13MP primary lens and a 2MP secondary camera. Both the variants are expected to be priced somewhere between 130-150 Euros which is around Rs 10,900 and Rs 12,600, respectively.